Without a doubt, an extraordinary exhibition has opened in Berlin. It is an exhibition of superlatives: around 90 artists from 34 countries, showing some 400 works and exhibited in three huge hangars at Berlin’s TempelhofAirport.

It’s a show with a political goal: to take stock of the present. The curators have said they are searching “for the essence of the complex, fragile and changing project” that constitutes Europe.

Jürgen Grossmann, chairman of the exhibition project advisory board, stressed during the opening that the show impressively demonstrates how Europe is “far more than the sum of political and economic interests.”

And what better way to convey that than through an exhibition focusing on diversity and a variety of perspectives? “There is no better means to combat nationalism and populism in this day and age,” said Grossmann.

Those are no empty words typical of a speech given at an opening, however — as a look at recent developments makes clear. 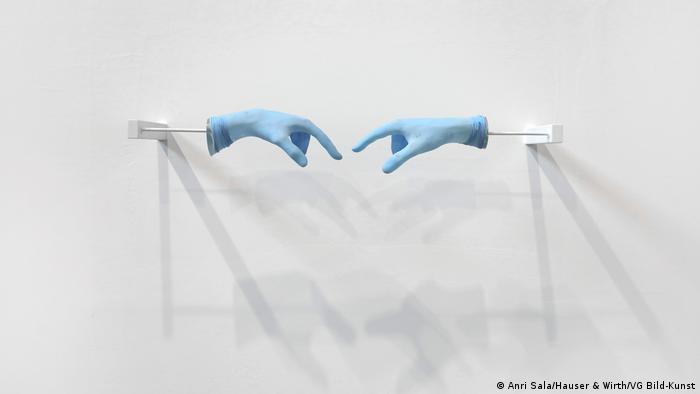 An attempt at coming together: Anri Sala’s installation, two hands keep moving toward and away from each other

“Diversity United” was conceived as a European project on several levels. Not only were artists from a wide variety of countries to be represented to reflect “the artistic face of Europe,” as the show is subtitled. Crucially, the idea was also that the exhibition would travel throughout Europe.

Initially, the opening was planned for November 2020 in Moscow. Then it was postponed to 2021 due to the COVID pandemic, and the opening was moved to Berlin. Then the exhibition was to travel to Moscow and on to Paris. The German Federal Foreign Office provided financial support for the exhibition.

Initially, Russian participation was clear: Moscow’s Tretyakov Gallery was to collaborate with the Bonn-based association Foundation for Art and Culture as the main organizers. The gallery continues to be named as a cooperation partner, along with the Petersburg Dialogue forum, which was initiated in 2001 by then German chancellor Gerhard Schröder and Russian President Vladimir Putin as a bilateral forum to bring together civil society groups, think tanks and decision-makers to maintain dialogue.

Furthermore, President Putin was initially supposed to be a patron of the exhibition, along with German President Frank-Walter Steinmeier and French President Emmanuel Macron. 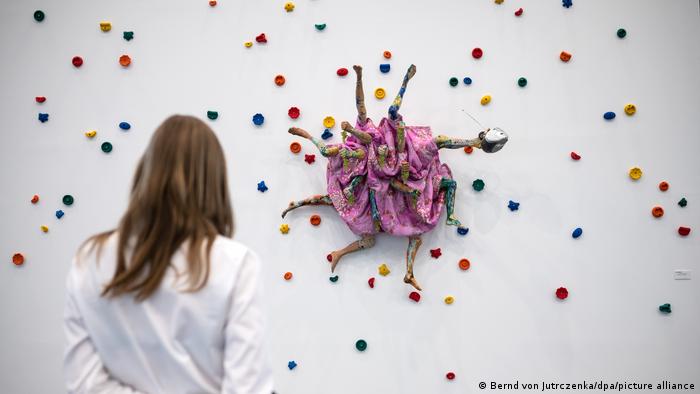 It was supposed to be displayed in Moscow: a sculpture by Kris Lemsalu

German organizers were thus shocked when they heard that Putin’s state apparatus had effectively banned elements of the Petersburg Dialogue: Collaboration among the banned associations could result in prison sentences.

Walter Smerling, chairman of the Bonn Foundation for Art and Culture and a central figure in the organization of the exhibition, told German newspaper Süddeutsche Zeitung that this step by the Russian government was unacceptable and that they could not imagine presenting the exhibition in Russia under such conditions.

Exhibition as an expression of self-confidence

Unwittingly, the “Diversity United” exhibition has therefore become an object of political differences and conflict that is at odds with the title of the show itself. And this is heightened through the lack of contact in exhibition spaces. People on the sidelines of the June 8 exhibition opening cautioned against the show being “taken hostage.”

At the opening, German President Frank-Walter Steinmeier reacted in a decidedly statesmanlike manner. He praised the diversity of the themes depicted and interpreted as an “expression of the self-confidence of art and artists in Europe” who work “consciously beyond borders.” It poses a statement that cannot be considered apolitical, given the backdrop of a cancellation of the show in Moscow.

The question of state intervention in civil society platforms such as the Petersburg Dialogue, however, also points to the important role that art can play — even more so in times of political crisis: It can create spaces of interaction in which ambivalences are not only tolerated, but even understood. 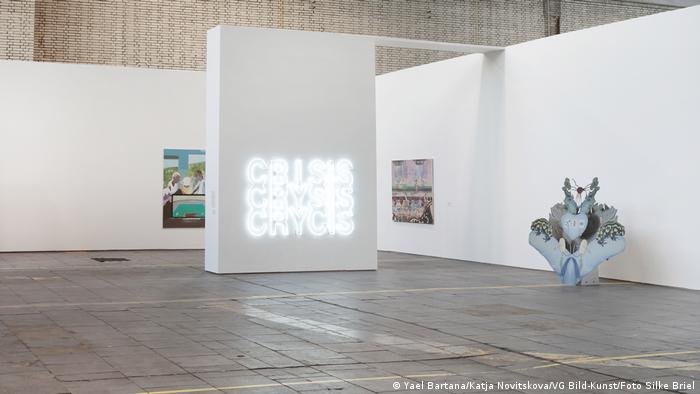 Incidentally, the “Diversity United” exhibition could not have been opened at a better venue to reflect historical progress.

During the Nazi era, prisoners of war became forced laborers for the “Luftwaffe” at Tempelhof Airport.

Later, the American and British so-called “raisin bombers” landed and took off here, supplying residents with food and other essential goods for survival during the Soviet blockade of West Berlin in 1948/49.

The airport has been closed since 2008, with various initiatives aiming to transform it into a meeting place.

Due to its varied historical nature, perhaps it is precisely the right meeting place for an exhibition that addresses Europe in many of its facets, including memory and conflict, power and equality, borders and boundaries, and insights and perspectives.

This article was adapted from German.

China to Keep Covid-19 Border Restrictions for Another Year

How To Choose The Best For Training Videos

Covid-19 news: 9 in 10 adults in England estimated to have antibodies