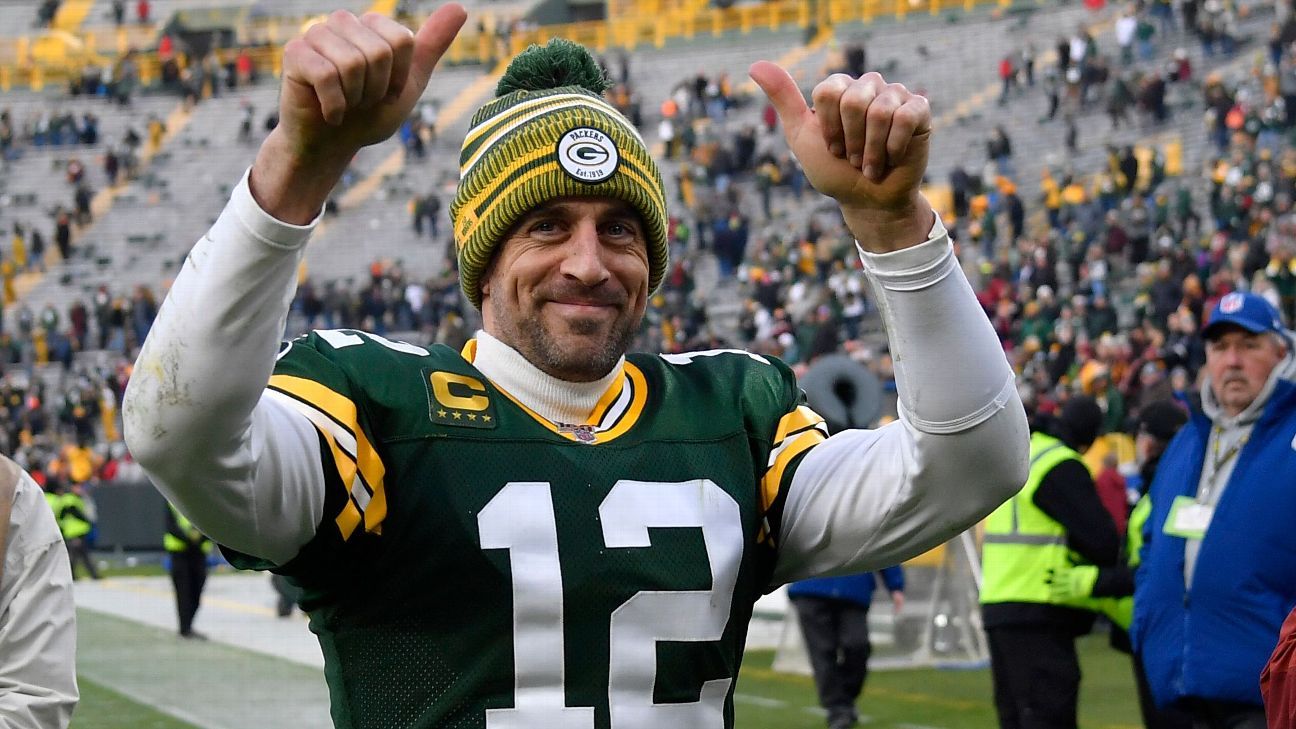 Woodley, who was nominated for an Emmy Award for her role in the HBO drama series “Big Little Lies,” said she and Rodgers got engaged “a while ago.”

Rodgers, 37, had mentioned his engagement and thanked his fiancée while accepting his third career MVP award on Feb. 6 but didn’t say her name.

Woodley, 29, told Fallon she has yet to attend one of Rodgers’ games because of the pandemic, and acknowledged that while growing up, sports were never really on her “radar.”

“When we met, also, I knew he was a football guy, but I didn’t know like what kind of a football guy he was,” Woodley explained. “And I’m still constantly learning.”

Remarking on Rodgers’ football talent, she continued, “I don’t get it. He’s good. He’s great. But, like, I don’t understand. Because I don’t know him as a football guy. I know him as the nerd who wants to host “Jeopardy!”. That’s the dude I know.”

Rodgers had revealed last month that he has been asked to be a guest host for an episode of his favorite game show — one he appeared on in a celebrity edition of the show in 2015.

The Associated Press contributed to this report.

Read More »
PrevPreviousThousands of UK language students left in limbo as Brexit hits travel plans | Brexit
NextThink you can beat the indexes? Morgan Stanley has some tips for ‘stockpickers’Next

The Best Movies and TV Shows New to Netflix, Amazon and Stan in Australia in March