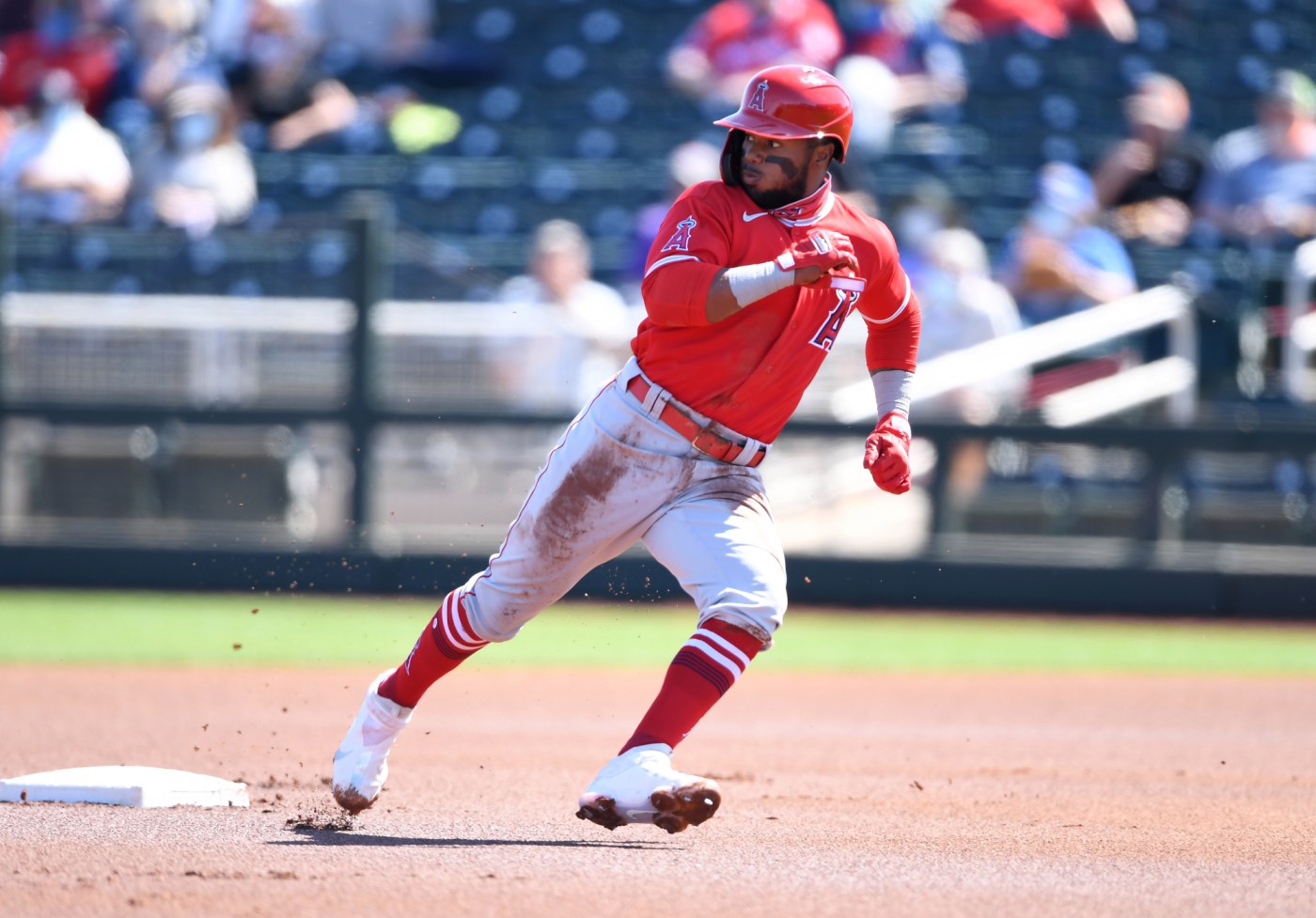 ANAHEIM — Luis Rengifo is finally approaching the potential that Joe Maddon sees for him.

And the progress has nothing to do with his bat or his glove.

“The biggest thing for me with him is that his head was in every pitch,” Maddon said on Saturday, a day after Rengifo made his season debut. “The big thing with Rengifo is is just staying engaged mentally per pitch. The mental mistakes, we need to cut those out. Physically, he’s very gifted. He’s playing with a real good focus, a good look right now.”

Rengifo was one of the leading candidates to break camp as the utility infielder, but the Angels opted to keep Jose Rojas instead. When Anthony Rendon went on the injured list earlier this week, it gave Rengifo an opportunity to get back to the big leagues.

He had a single in four at-bats and also started four double plays at third on Friday night.

Maddon, however, said he was impressed with “little nuance in that game yesterday that he wouldn’t have gotten done last September, so give him credit. He gets it. He’s starting to get it.”

Maddon has said before, and he repeated on Saturday, that Rengifo has the talent to be a “super utility” player, because he can play shortstop, second, third and the outfield. The classic prototype is Ben Zobrist, who played for Maddon with the Tampa Bay Rays and Chicago Cubs.

“I think he’s on his way right now,” Maddon said. “I couldn’t have told you that last year in September… Compared to last year, conversationally, this is a totally different guy.”

Shohei Ohtani could return to the Angels rotation as soon as Tuesday if all goes well with his evaluation on Sunday, Maddon said.

Ohtani, who hasn’t pitched since April 4 because of a blister, threw 30 pitches on the main Angel Stadium mound to test his finger on Saturday afternoon.

When Ohtani does return, he won’t be able to throw as many pitches as before the time off, so depending on the condition of the Angels bullpen they may need to bring up another reliever who could piggyback with Ohtani.

Anthony Rendon (left groin) has been making progress, but he still hasn’t started any baseball activities. Rendon is eligible to be activated on Wednesday, but so far the Angels aren’t sure if he’ll be ready then.

“He is feeling better,” Maddon said. “Hes doing well. Adam (Nevala) and the training staff want to make sure that there’s no recurrence.”

Maddon said in a few days they should have “a much better idea … what the finish line looks like.”

Max Stassi (left thumb sprain) has been throwing but still not catching. Stassi’s thumb was hurt on a foul tip.

Dexter Fowler (torn ACL) is set to see Dr. Neal ElAttrache on Monday for a consultation. Fowler is expected to undergo season-ending surgery.

How to Draw Nature – The New York Times