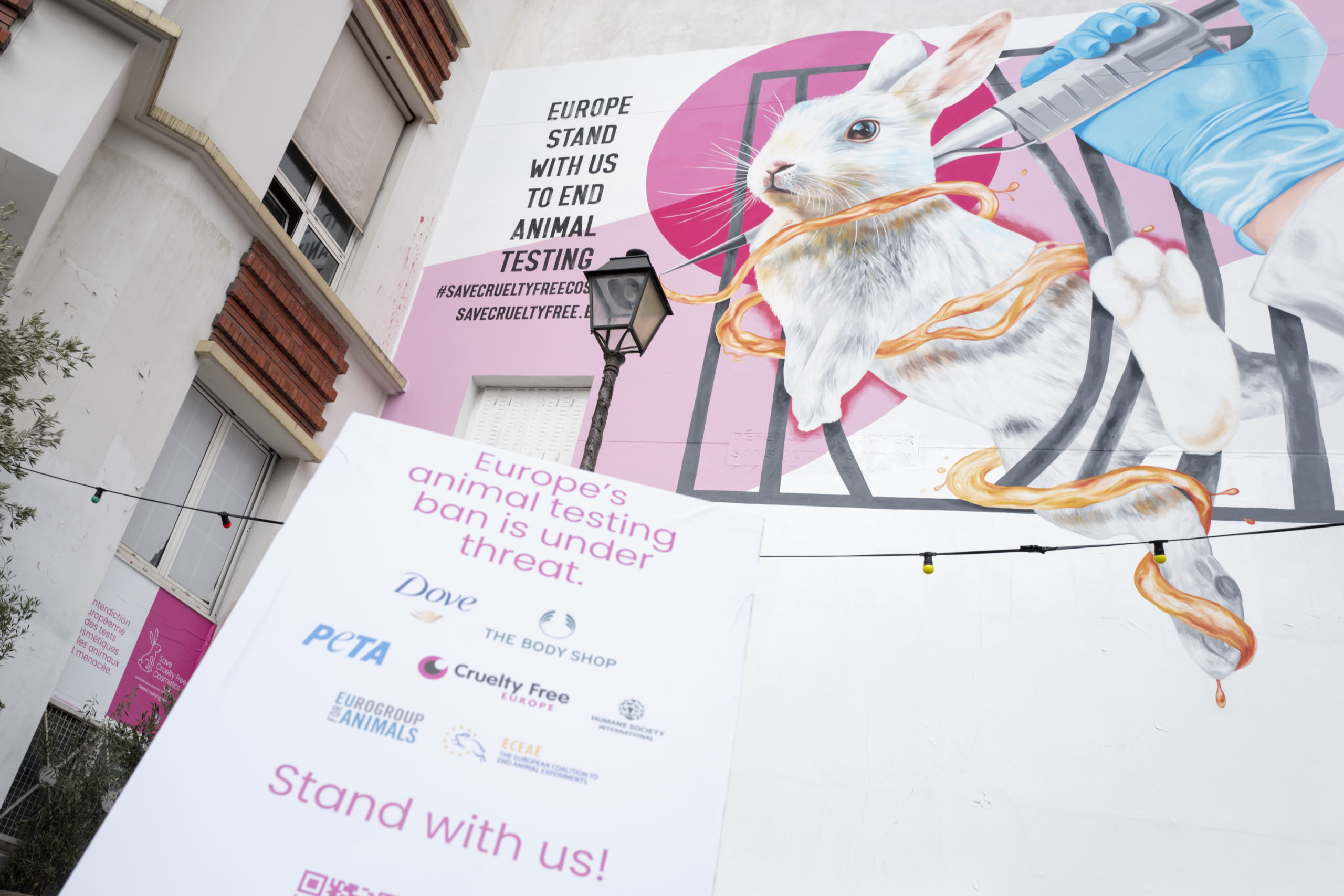 A campaign to end animal testing in the EU is creating an unusual alliance of animal rights activists and industry both calling for a comprehensive ban while environmental campaigners warn of the danger of halting all such tests.

Animal testing for cosmetic purposes was — with a few exceptions — banned under EU law in 2009. A ban on all animal testing came into force in 2013. But a rather large loophole remains: Under the EU’s flagship chemicals regulation, REACH, the safety certification of certain cosmetic ingredients still requires that chemicals companies use animal testing.

Activists, industry and policymakers now want to close that gap and move away from animal testing entirely.

On Wednesday, MEPs will vote on whether to ask the European Commission to draw up a plan to phase out all animal testing in science, training and research and ramp up funding for alternative, non-animal testing methods.

The measure is expected to pass, as all political groups — from the conservative European People’s Party (EPP) to the Greens — have voiced their support. The motion is not legally binding on the Commission but could influence upcoming proposals for its revision of classification, labeling and packaging regulations.

Humane Society International estimates “millions” of animals have died as a result of REACH. In an emailed statement, Unilever claimed it “can already say that we no longer need animal testing to assess the safety of our products and ingredients across our portfolio” and “fully supports” Parliament’s initiative.

Environmental groups, meanwhile, say that although they support the goal of reducing animal testing such an out-and-out ban would compromise safety testing.

Instead, authorities should “look into ways to better use the data they have” and “regulate compounds of concern faster while also promoting less use of animals,” said Natacha Cingotti of the Health and Environment Alliance, an NGO.

The Commission, too, has warned against imposing a ban too quickly, saying non-animal testing methods aren’t yet as reliable in determining chemicals’ dangers for humans and the environment.

“While we recognize that animals have intrinsic value and the Commission is convinced that animal testing should be phased out in Europe … more scientific knowledge is needed for phasing out animal testing and research completely,” Transport Commissioner Adina Vălean said at a plenary debate on the subject in July.

Animal rights organizations and environmental NGOs have not seen eye-to-eye on the issue for years.

Since its inception in 2006, REACH — which obliges companies to prove their chemical is safe before they can put it on the market — has come under fire from animal rights activists for its dependence on laboratory animals. PETA labeled it the “largest animal testing [program] in the world.”

Environmental groups like WWF-founded ChemSec, meanwhile, welcomed REACH as “a bold and progressive framework for regulating and restricting the use of the most hazardous substances.”

Now, animal rights activists are being bolstered by support from industry, which is eager to phase out animal testing requirements.

Cosmetics brands The Body Shop and Unilever’s Dove joined up with NGOs including PETA and Cruelty Free Europe last month to call on the EU to strengthen the bloc’s cosmetics animal testing ban and work toward a worldwide ban by 2023.

The EU’s regulations are “very outdated” and fail to account for advances in non-animal testing, said Julia Fentem, head of the Safety and Environmental Assurance Centre at Unilever.

Chemicals lobby CEFIC — which counts BP, Chevron Phillips, Shell Chemicals And ExxonMobil Chemical Europe among its members — has also waded into the debate, teaming up with Cruelty Free Europe to push Brussels to include the subject of animal testing in its impact assessment of REACH and “do more to support non-animal methods.”

“Continuing to rely on animal tests rather than cutting-edge scientific advances will hold back achievement of the aims of the Chemicals Strategy for Sustainability and the overarching goals of the EU Green Deal,” CEFIC and Cruelty Free Europe wrote in a joint statement.

Anna Lennquist, senior toxicologist at ChemSec, said she was wary of industry motivations, pointing out that animal tests are “very costly” for companies.

She highlighted that “a number of chemicals that we know are problematic are still allowed for use in cosmetics,” adding: “If we introduce a global ban on animal tests, we need to [be sure] to use knowledge achieved elsewhere to make cosmetics safer.”

The real issue lies with chemicals regulation and assessment, said Cingotti from Health and Environment Alliance. She suggested that the EU ban chemicals based on early warnings — following the so-called precautionary principle and erring on the side of caution — rather than requiring companies carry out additional animal testing.

Cingotti also suggested examining chemicals as a group, without testing every individual chemical in a group on animals before restricting its use. Bisphenols that are very similar in make-up to bisphenol A — used to manufacture plastics and food packaging — could all be banned, for example.

If successful, the MEPs’ motion will be forwarded to the Council and to the Commission.

Freed From Guantánamo, but Still in Limbo 15 Years Later