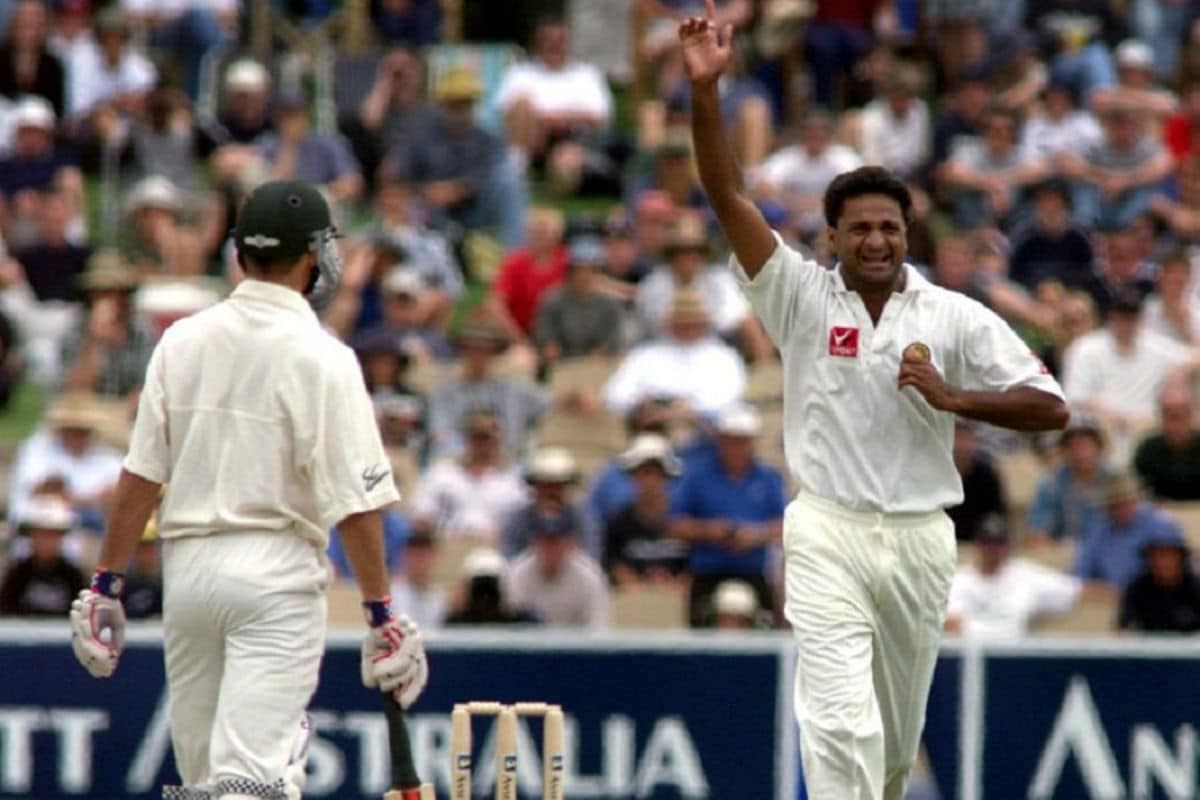 India will clash with England in the big Day and Night Test at Motera in Ahmedabad from the 24th of February. With the series at 1-1 it is a huge match for both the teams not only in context of this series but also the World Test Championship Final at Lord’s in June. The newly refurbished Motera is the biggest stadium (in terms of capacity) in the world and can house up to 110000 people.

India has played 12 Tests at Motera having won 4, lost 2 and drawn the remaining 6. They have produced some fine performances at the stadium over the years. We look at five of the very best.

India vs England 2021: Third Test Preview – A Pink Ball Test With A Lot Riding On It

Mohammad Azharuddin smashed a brilliant 152 off 260 deliveries in the first innings helping India take a match-winning 200-plus lead in the first innings of the third Test against Sri Lanka. The Indian captain looked a class apart as he kept going at one end even as wickets fell from the other. Venkatapathy Raju returned with 11 wickets in the match. England, who had just managed to score 119 in the first innings, were bowled out for 222 in the second handing India a massive win by an innings and 22 runs.

Azharuddin had scored more runs than the entire Sri Lankan unit in the first innings. India swept the three-match series 3-0 and continued their home domination in the 1990s.

It was South Africa’s first Test on Indian soil. Hansie Cronje was the captain of the visiting team while India was being captained by the great Sachin Tendulkar. The home team elected to bat first. Tendulkar top-scored with 42 as India were bowled out for 223. Sunil Joshi starred with the ball in the first innings for India and returned with 4 wickets as South Africa could only muster a slender lead of 21. Allan Donald again led the way with the ball (he had picked 4 in the first innings too) and with support from other South African bowlers routed India for 190. The visitors just needed 170 for a win.

But Javagal Srinath had other plans! The Indian speedster trapped Andrew Husdon leg before wicket before dismissing Cullinan off the first ball he faced – South Africa were in shambles – they had lost a couple without registering even a run on the board. Srinath returned to break a threatening 31-run fifth wicket partnership between Cronje and Dave Richardson getting rid of the latter before seeing the back of the dangerous Rhodes for a golden duck – it was the second time in the innings that Srinath had taken two wickets in two deliveries!

The South African chase was effectively over. Srinath completed the formalities by cleaning up Donald and Paul Adams. His magnificent 6-21 off 11.5 overs helped India bowl South Africa out for a paltry 105 handing the hosts a famous 64 run victory on Day 4 itself. Overall, this was the second-best bowling figures in an innings for Srinath (in terms of number of wickets) in his Test career but in terms of impact this was his best bowling performance in an innings in Test cricket as it helped India to a famous win.

India vs England 2021: Ishant Sharma – From First Fifer Against Pakistan To Great Performance at Lords – 10 Moments of Glorious Test Career

Sachin Tendulkar was at the peak of his batting prowess between 1996 and 1999 – there was no match for the genius across the world! During the third Test against New Zealand at Motera in 1999 he recorded another feather in his cap by hammering his first double hundred in Test cricket. Tendulkar amassed a brilliant 217 off 344 deliveries helping India pile on 583 for the loss of 7 wickets in the first innings. The match ended in a draw but India took the series 1-0.

VVS Laxman – India’s crisis man – registered a brilliant 104 even as the Indian top and middle order failed around him against a strong Sri Lankan bowling unit comprising Lasith Malinga and Muttiah Muralitharan amongst others. Laxman came out to bat at 31 for 1. India kept losing wickets and were in trouble at 97 for 5 before Laxman and MS Dhoni resurrected the innings with 86-run stand for the seventh-wicket. Laxman then found an able partner in the talented all-rounder Irfan Pathan and the pair added more than hundred for the eighth-wicket. Laxman finally exited for a masterclass 104. Pathan went on to score 82 as India went on to score 398.

Harbhajan Singh took over and routed Sri Lanka for 206 in the first innings returning with 7-62 in 22.2 overs. He picked three more wickets in the second innings to complete a ten-wicket haul in the match. Kumble also picked five in the innings as the visitors, chasing 509, were cleaned for 249. India won by a massive 259 runs and took the three-match series 2-0.

The great Indian opener, Virender Sehwag smashed a run-a-ball 117 while Cheteshwar Pujara defied the England attack for 389 deliveries recording a brilliant double hundred as India amassed 521 in the first innings. England crumbled against the left-arm spin of Pragyan Ojha in the first innings – he returned with 5-45 in 22.2 overs as the visitors were routed for 191.

Following on, they put up a better show with a great 176 from captain Alastair Cook but the fate of the match had already been sealed in the first innings. Ojha picked 4 more wickets as India recorded a thumping nine-wicket victory. Little did the home team know what was in store for the rest of the series!​

The US poet says she was offered no apology after being racially profiled. Source link

“At least 30,000 organizations across the United States – including a significant number of small

SÃO PAULO—As an aggressive coronavirus strain from the Amazon ravages Brazil, a preliminary study has

Book review: ‘A World Without Email’ by Cal Newport