US Secretary of State Antony Blinken harshly criticized China on Sunday, saying the country was acting “more repressively at home and more aggressively abroad.” Blinken made the remarks during his “60 Minute” interview on CBS News.

When asked whether the US was heading towards a military confrontation with Beijing, Blinken said, “It’s profoundly against the interests of both China and the United States to, to get to that point, or even to head in that direction.”

US President Joe Biden’s administration has identified competition with China as one of their greatest foreign policy challenges.

The Biden administration said on Friday that China had not fulfilled its promises to protect American intellectual property in the “Phase 1” US-China trade deal signed last year. In his interview, Blinken said the administration had “real concerns” about the issue.

He said China was trying to compete unfairly and in “increasingly adversarial” ways. “But we’re much more effective and stronger when we’re bringing like-minded and similarly aggrieved countries together to say to Beijing: ‘This can’t stand and it won’t stand,'” he added.

The US would continue to maintain their military presence in the Indo-Pacific region, Blinken said. However, he denied Washington was trying to “contain China.” 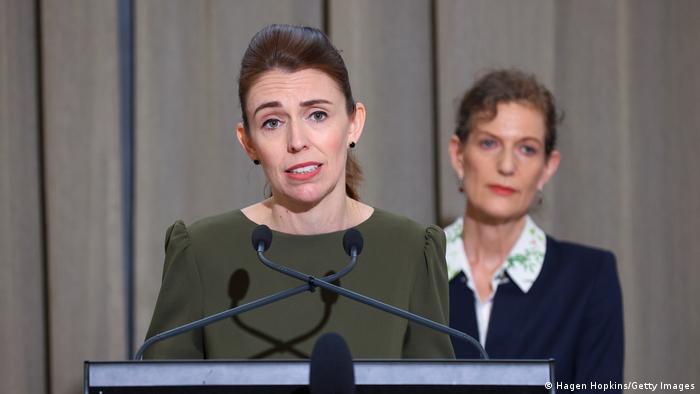 “It will not have escaped the attention of anyone here that as China’s role in the world grows and changes, the differences between our systems — and the interests and values that shape those systems — are becoming harder to reconcile,” she said while speaking at the China Business summit in Auckland on Monday.

Ardern also said that some Indo-Pacific nations as well as Europe and other countries were facing this challenge. She said New Zealand and China “can not, do not, and will not” agree on certain things, but this need not define their relationship. China is New Zealandlargest trading partner.

China has accused the Five Eyes alliance (including  Australia, Britain, Canada and the US) of ganging up against them by issuing statements on Hong Kong and the treatment of ethnic Muslim Uyghurs in Xinjiang.

In another signal of trouble in the region, Australia will be reviewing the 99-year lease of a commercial and military port in Darwin to a Chinese firm, according to a report in the Sydney Morning Herald.  The report comes less than two weeks since Australia nixed two small Belt and Road deals, prompting an outrage response from Beijing.

Caribbean News – US15 Billion Went Back To The Caribbean Last Year; Is It Time For A Fund?

The Travails of Prithvi Shaw and Kuldeep Yadav