California Symphony, Donato Cabrera are so ready to go live 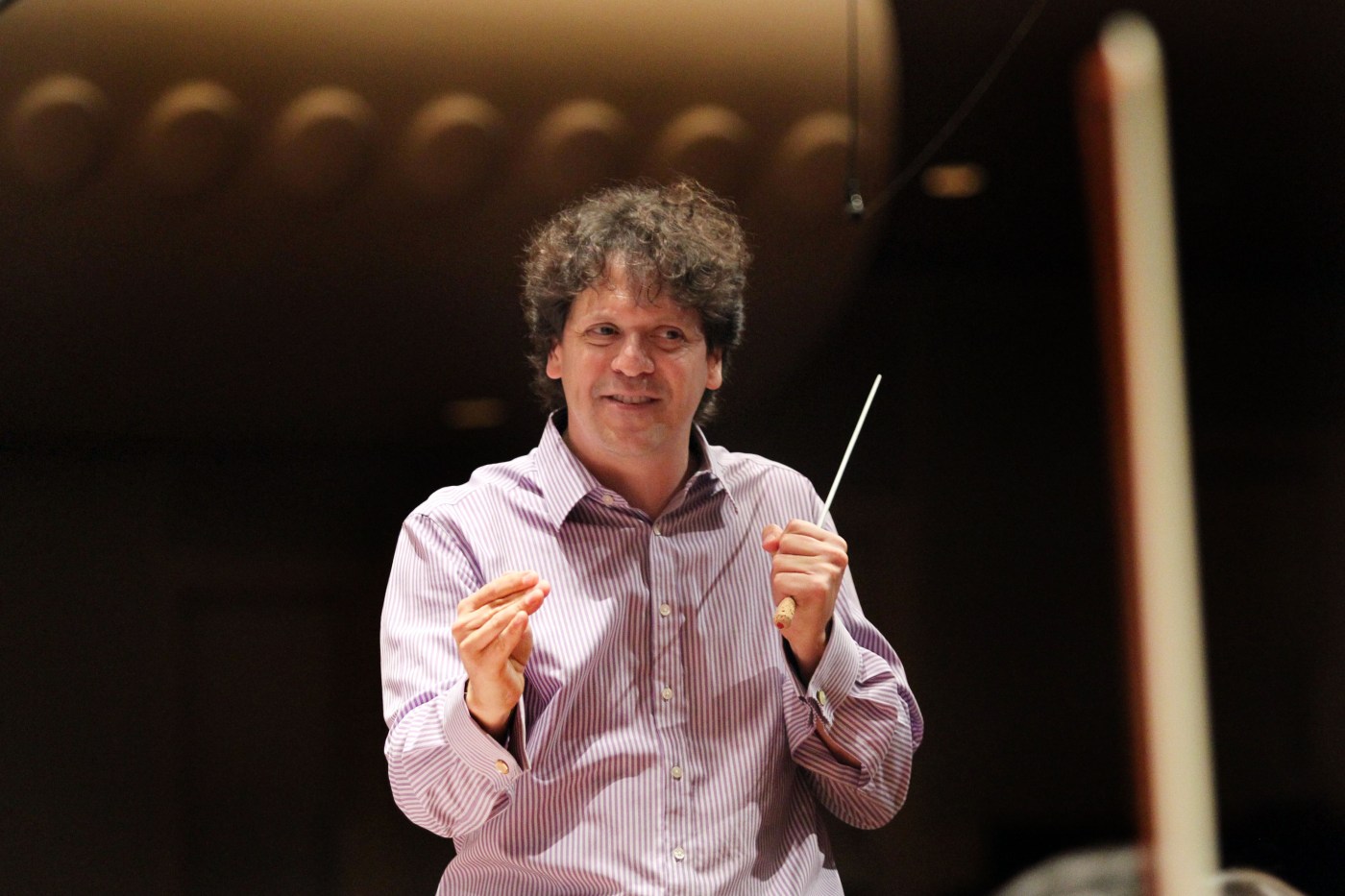 Donato Cabrera can’t wait to get back to in-person performances.

It’s not that the Bay Area-based conductor was on hiatus during the pandemic shutdown. On the contrary, Cabrera was more active than most. When COVID mandates shuttered theaters and concert halls, he applied his skills to a variety of online activities that carried him through.

Still, he says he’s eager to return to the podium — and this month, the wait is over.

Cabrera, the music director of the Walnut Creek-based California Symphony, leads the orchestra at the Lesher Center for the Arts Sept. 18 and 19, in a program featuring Beethoven’s Piano Concerto No. 5, “Emperor,” with Adam Golka as soloist. Vaughan Williams’ Symphony No. 5 and Marianna Martines’ “Sinfonia” complete the lineup.

It’s been a long year away from the concert hall, Cabrera said in a recent interview, adding that he and the California Symphony musicians are ready.

Like many Bay Area artists and musicians, Cabrera, who is also music director of the Las Vegas Philharmonic, says the start of the pandemic brought their work to an abrupt close.

Unlike some, though, Cabrera proved adept at creating online content. He launched “MusicWise — Conversations about Art and Culture,” hosting and interviewing contemporary composers and musicians, and “The Music Plays On,” a wide-ranging survey of music he loves. Throughout, he’s been an advocate for music by largely unknown composers, including Martines, the 18th-century Austrian whose music salons were the toast of Vienna.

Recently, Cabrera returned to conducting with Opera San Jose’s new production of Nikolai Rimsky-Korsakov’s 1897 opera, “Mozart and Salieri.” Captured in the company’s state of the art Heiman Digital Media Studio, which was inaugurated last season under general director Khori Dastoor with a production of Jake Heggie’s “Three Decembers,” “Mozart and Salieri” will be available for streaming Sept. 30 on Opera San Jose’s website, with singers Simon Barrad and Sidney Outlaw in the title roles.

Based on a play by Alexander Pushkin, the work is a rarity, says Cabrera.

“It’s one of the 16 operas Rimsky-Korsakov wrote, which is astounding to me; we know so little about his operatic output. It’s mature Rimsky-Korsakov. Right away you can tell you’re dealing with a master composer: the way he wrote for the orchestra, the way he creates the sound world of Mozart’s music vs. Salieri’s. We always credit Stravinsky for the creation of the neo-classical movement, classical sounds in a modern guise, but Rimsky-Korsakov was doing that with this opera 20 or 30 years before Stravinsky.”

There’s joy, of course, in Beethoven’s “Emperor” Concerto. Cabrera thinks highly of Golka, who emerged as a wunderkind a few years back and is now playing at the top of his game; he notes that the pianist mastered all of Beethoven’s piano sonatas while still in his teens.

“He’s particularly well-suited to Beethoven, that mixture of artistry and intellect that I so admire,” says Cabrera.

Solace comes in Williams’ Symphony No. 5. It premiered it in 1943, when London was still reeling from the Blitz. Cabrera, who believes that the British composer’s music has been somewhat underrepresented on Bay Area stages in recent years, says it’s an apt choice for our beleaguered times. Indeed, he considers it one of the composer’s finest scores — “a beautiful, deeply emotional work,” he said, “like a big hug.”

Cabrera, who was appointed music director of the California Symphony in 2013, wants to redefine what a 21st-century orchestra can be. Under his direction, the Symphony has presented music of living composers and championed works by women and people of color; in recent years, the organization’s composer-in-residence program featured its first woman, Katherine Balch. Its current resident composer is Viet Cuong.

While he allows that the past year has been hard for artists and musicians, Cabrera says that the atmosphere is changing. “When we got together in May, we were excited to be together, but also there was a leeriness,” he said. “Vaccinations were happening, but there was a mixture of trepidation, bewilderment and joy of making music together.

“Now, as we start rehearsing this set, I think a lot of those emotions will still be there. We’re still dealing with COVID and trying to figure out how to be artists in this new world. But I think the general sense is that it’s time — time to push forward, to make music, to show a way forward in the music that we play.”

Where: Lesher Center for the Arts, Civic Drive at Locust Street; Walnut Creek

Note: Proof of vaccination is required to enter the Lesher Center, and masks are required

Pilot charged with series of sex assaults in Orange County

A Study Finds That Stroke Recovery May Depend On When Rehab Starts : Shots