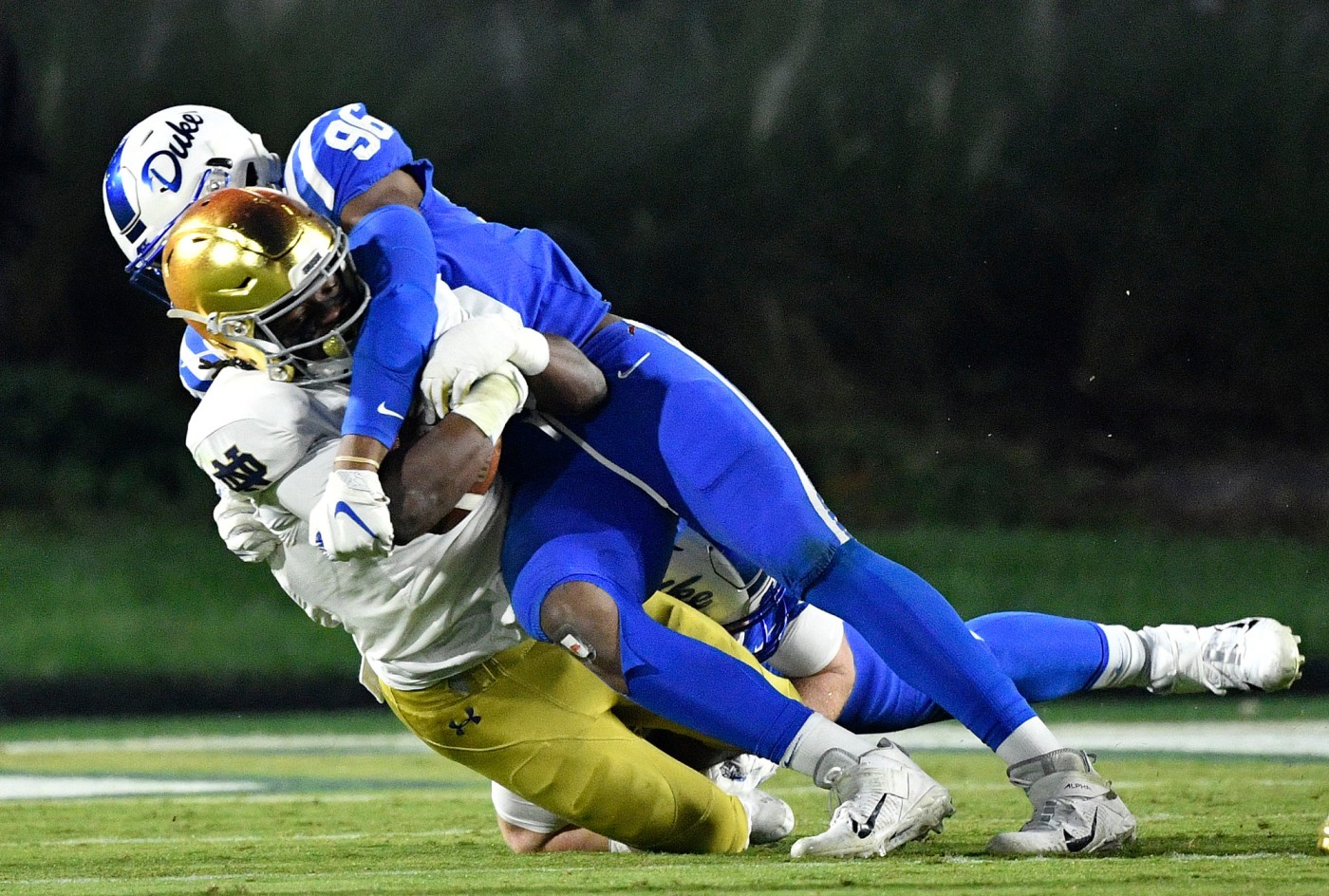 The Chargers started Day 3 of the NFL draft by giving Joey Bosa help on the defensive line.

“My IQ,” Rumph said to credit his productivity in college. “I just have an instinct to try to get to the ball. It’s in my blood. I just kinda have a feel for it. Definitely my athleticism. My versatility allows me to get in the backfield on a consistent basis, and at the end of the day, get the quarterback on the ground.”

The Chargers have a strong pass rushing duo with Bosa and Uchenna Nwosu, but were in need of depth after not re-signing Melvin Ingram. Rumph said he’s eager to learn and compete with Bosa.

“You got one guy with the Chargers right now that I’m happy to learn under,” Rumph said of Bosa. “I’m excited to learn from him. He’s a great player. All the accolades he has (are) well deserved.

“I’m excited to play with someone who is as relentless to the quarterback as he is. I’m ready for that. Also, the competition, because if he’s trying to get there, I’m trying to get there at the same time. Somebody has to get there first, so it’s only going to make all of us better, improve the team and make a run to the Super Bowl.”

Rumph’s father, Chris Sr., is the defensive line coach for the Chicago Bears.

Chris Rumph Sr. has more than 20 years of collegiate coaching experience. He was co-defensive coordinator with Derrick Ansley at Tennessee. Ansley joined the Chargers’ coaching staff this year as the defensive backs coach.

Rumph II said he trains with tight end Tre’ McKitty, who was drafted by the Chargers in the third round Friday.

“I’m excited to get up there (with the Chargers) to have some familiar faces,” Rumph said.

Check back soon for updates

Bluey, and the surprising value of unstructured play