Children from 12 to 15 should be offered Covid vaccine, chief medics tell government 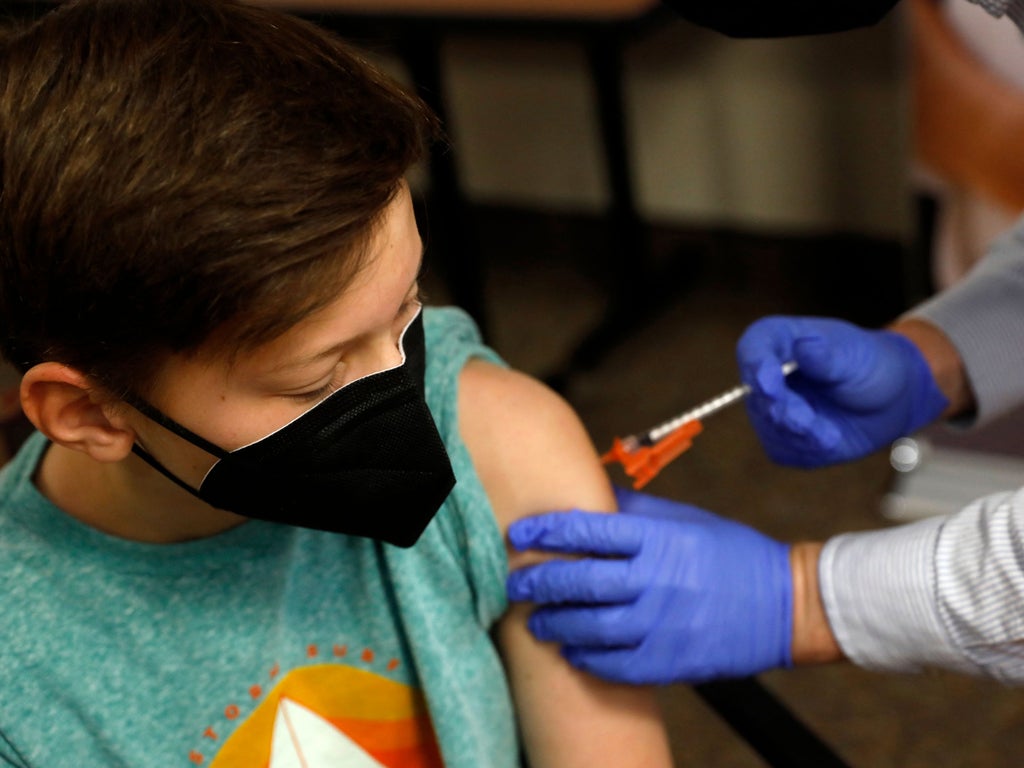 Ministers have been recommended by the UK’s four chief medical officers (CMOs) to offer a single dose of the Pfizer vaccine to all children aged 12-15.

After the UK’s vaccine watchdog deferred its review to the CMOs, Professor Chris Whitty and his counterparts have concluded that the vaccination of this age group will help to reduce Covid-19 transmission in schools and minimise educational disruption.

This advice has been passed to the government and it’s expected an announcement will be made later today confirming the decision to press ahead “as soon as possible” with the rollout of vaccines among more than three million 12 to 15-year-olds.

Under the CMOs’ recommendation, children will be offered just one dose. The Joint Committee on Vaccination and Immunisation will be consulted next spring, when more data is available internationally, to determine if a second dose is needed.

Doses will be largely administered within schools, health officials said, and children considered competent will be given the final say on whether they want to be vaccinated.

Given the low risks posed by the virus to children, the Joint Committee on Vaccination and Immunisation (JCVI) had originally said that the individual advantage of vaccinating children against Covid was “marginal”, and asked the CMOs to assess the wider public health benefits.

The JCVI also suggested that education should be taken into consideration and examined by the CMOs, the top medics in England, Scotland, Wales and Northern Ireland.

In their advice to the government, the CMOs said they were recommending vaccines on “public health grounds” and it was “likely vaccination will help reduce transmission of Covid-19 in schools”.

They added: “Covid-19 is a disease which can be very effectively transmitted by mass spreading events, especially with Delta variant.

“Having a significant proportion of pupils vaccinated is likely to reduce the probability of such events which are likely to cause local outbreaks in, or associated with, schools.

“They will also reduce the chance an individual child gets Covid-19. This means vaccination is likely to reduce (but not eliminate) education disruption.”

The CMOs warned that although school closures due to lockdown are “much less likely” to occur in the future, it’s expected the UK’s epidemic will remain “prolonged and unpredictable”.

The vaccination of 12- to 15-year-olds will seek to minimise the impact of disruptive local surges of infections, including in schools, that “should be anticipated for some time,” the chief medics added.

“There can be lifelong effects on health if extended disruption to education leads to reduced life chances,” they said.

The government must formally indicate whether it will follow the CMOs’ advice, though some ministers have already expressed support for vaccinations for children. The NHS had also been asked to prepare in advance of any recommendation issued by the CMOs.

The JCVI has already recommended that children and young people aged 12 to 17 with specific underlying health conditions, and those who are household contacts of immunocompromised individuals, are offered two doses of a vaccine.

Read More »
PrevPreviousMet Gala 2021: Who are this year’s hosts from Billie Eilish to Timothée Chalamet
NextMet Gala opens in breathtaking fashion but big names including Kylie Jenner are no-showsNext

How Billy Strings Picked His Way to the Other Side

NASA Says an Asteroid Will Have a Close Brush With Earth. But Not Until the 2100s.