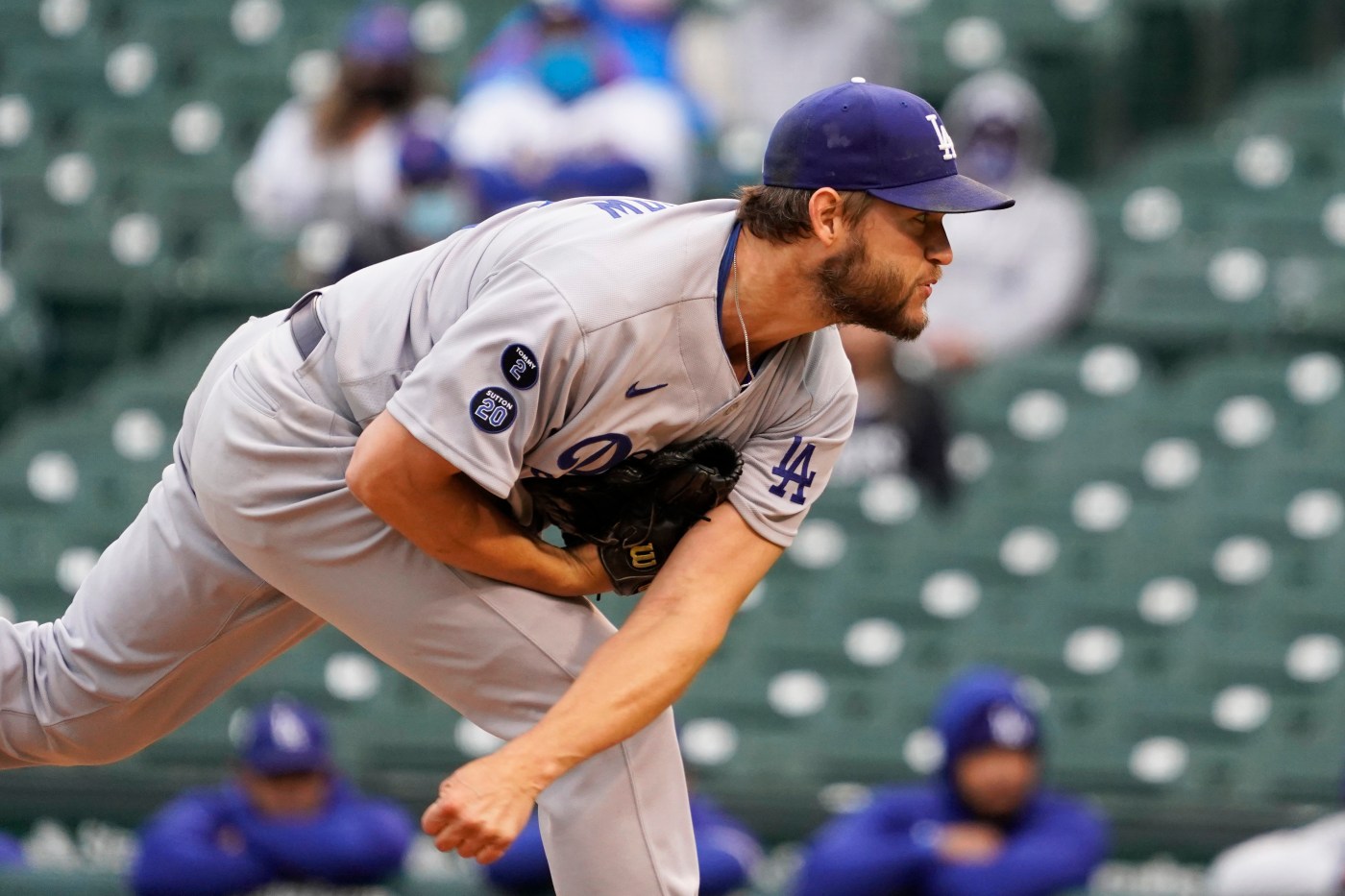 The force was not strong in this one.

Clayton Kershaw allowed four runs and threw 39 pitches in the first inning of Tuesday’s doubleheader and the Dodgers went on to lose 7-1 in the seven-inning game against the Cubs at Wrigley Field in Chicago.

The 39 pitches in the first inning were the most Kershaw has ever thrown in the opening inning of a start – and he didn’t stick around to throw any more. Dodgers manager Dave Roberts pulled Kershaw after one inning, the shortest start of Kershaw’s major-league career. His previous shortest start – 1 1/3 innings at home against the Milwaukee Brewers – also came on May the Fourth in 2010.

By pulling Kershaw so quickly, the Dodgers have created a potential solution for their starting pitching dilemma this weekend. Before the game, Roberts said the Dodgers would likely resort to another “bullpen game” during the series in Anaheim (Friday or Saturday, most likely). Kershaw now becomes a candidate to pitch on short rest Saturday instead.

Kershaw and the Dodgers’ offense each came into Tuesday’s doubleheader on good rolls. Neither survived the opener.

Kershaw had gone 4-1 with a 1.16 ERA, 0.73 WHIP and .171 batting average against in five starts since his Opening Day loss at Coors Field. After striking out Willson Contreras to start his day Tuesday, though, the next six batters reached base against Kershaw, including a double by Kris Bryant, RBI single by Anthony Rizzo and a three-run double by David Bote.

The Cubs scored twice more in the third inning against right-hander Dennis Santana. With runners on second and third, Santana threw a wild pitch to score one run and the runner from second also scored when Barnes threw wildly back to home plate. Jake Marisnick added a solo home run in the sixth inning.

Coming off its breakout in Milwaukee on Sunday, the Dodgers’ offense reverted to its recent slump. They had baserunners in six of the seven innings against Cubs starter Kyle Hendricks but couldn’t get any of them past second base until Keibert Ruiz’s pinch-hit home run in the seventh inning. It was the second year in a row Ruiz, who has played only two big-league seasons, hit a home run in his first at-bat.

The loss was the Dodgers’ seventh in their past nine games and 11th in their past 15. They have scored two runs or fewer in six of those 11 losses including one run in each of the past three.

The video grab shows a far-right Israeli mob attacking who they considered an Arab man.