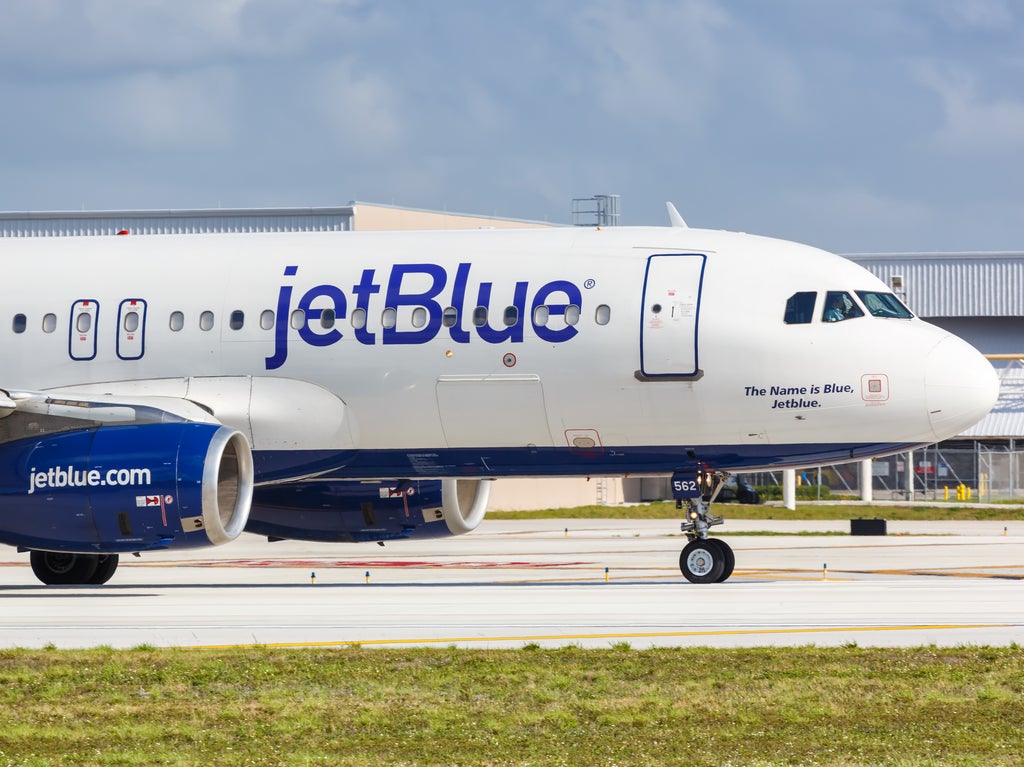 A couple have been banned from using US low-cost airline, JetBlue, after one of them became “verbally and physically aggressive” towards flight attendants when asked to wear a face mask.

In a video that was shared widely on social media, the man can be heard shouting at a crew member in the middle of the aisle and claimed he was given one warning before being asked to exit the plane.

“I’m a vaccinated person. I respect all your rules. Every single one of them, I respect your rules. Ok? You gave me one f***ing warning,” he is heard saying.

In a statement, JetBlue said the couple was asked to wear their face masks “multiple times but would not comply with the federal mask mandate”.

The airline said the man “became verbally and physically aggressive towards crew members before eventually exiting the aircraft”.

As the video progresses, the man demands the flight attendant turn around to “face everybody” and pointed his finger at the employee, before another pulls him back from behind and guides him to the exit.

Passengers on the flight can be heard cheering for the crew members as the man is escorted off the aircraft.

JetBlue continued: “For reference, crew members are trained to speak to customers who are not following policies.

“If a customer refuses to wear a face mask after being asked, crew members will work to de-escalate the situation to the best of their ability to gain compliance prior to removal.

“The safety of each customer and crew member is our first priority, and we must work together to follow the federal mask mandate during the travel journey.”

Guidelines by the Centres for Disease Control and Prevention (CDC) state that face masks are required when travelling within or to and from the US.

“Wearing a mask over your nose and mouth is required on planes, buses, trains, and other forms of public transportation traveling into, within, or out of the United States and while indoors at US transportation hubs such as airports and stations,” says the CDC.

Read More »
PrevPreviousCafe owner hits back as customer claims they were ‘forced’ to drink oat milk
NextApple wins Round One. Round Two will come from Washington.Next

Salt Bae’s London restaurant has launched – but prices are high

Quitting smoking could cause you to gain weight

Iconic Blinking White Guy from viral GIF uses face and fame to ask for donations for MS charity, and has raised more than US$154,000 so far