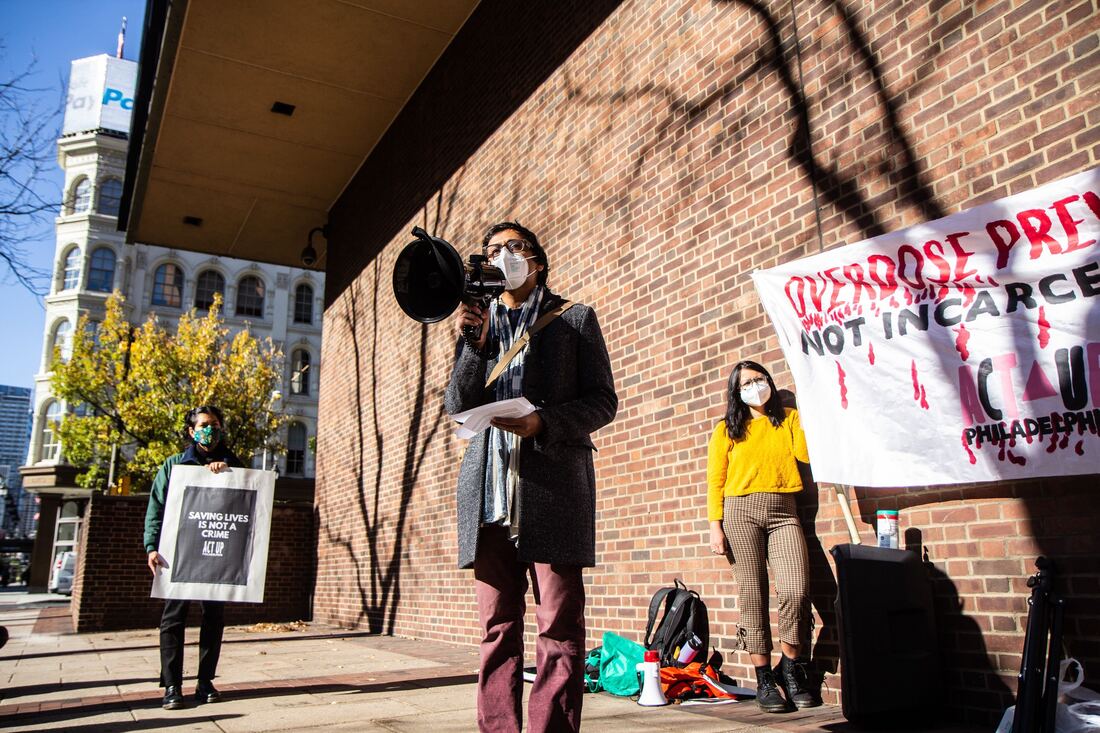 Newly-elected state senator Nikil Saval spoke in support of opening a supervised injection site for opioid users in Philadelphia, during a rally outside the federal courthouse on Nov. 16, 2020. 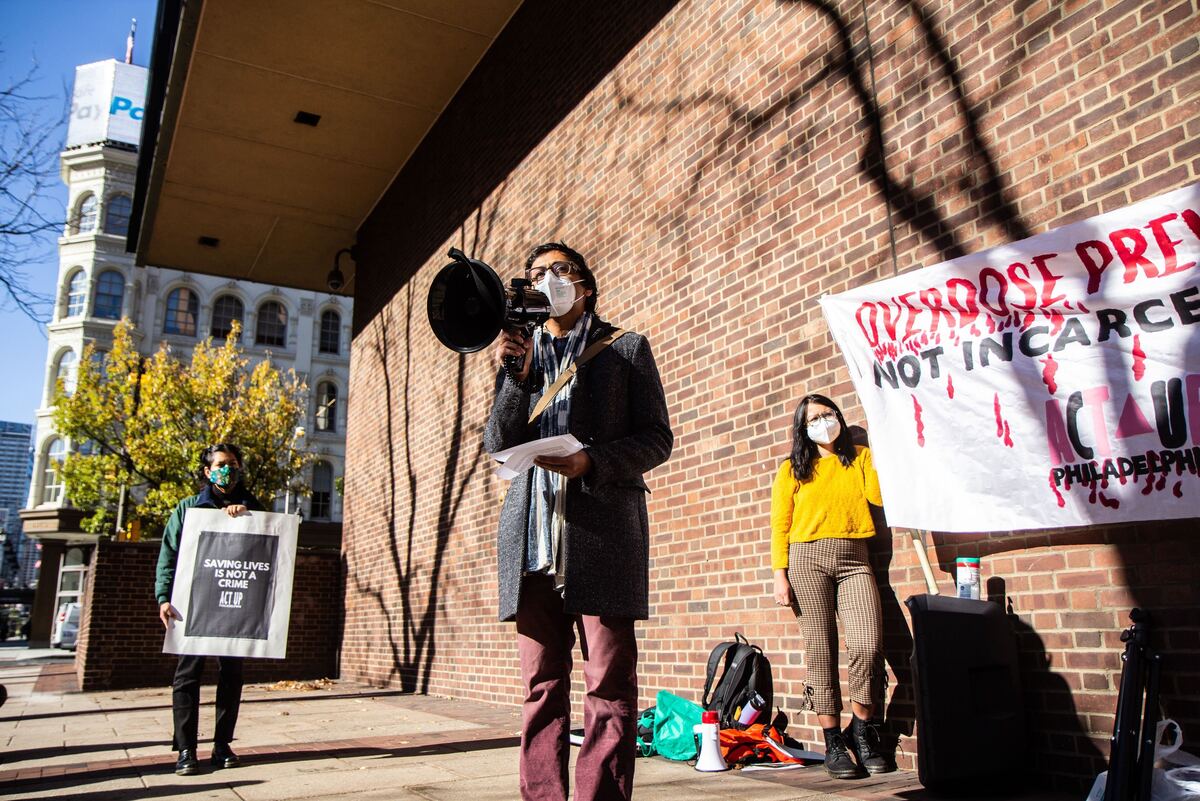 Newly-elected state senator Nikil Saval spoke in support of opening a supervised injection site for opioid users in Philadelphia, during a rally outside the federal courthouse on Nov. 16, 2020.

Efforts to open the first “supervised injection site” in the U.S. for users of heroin, fentanyl and other opiates experienced a setback this week after a federal court ruled that it would violate federal law.

Safehouse, a Philadelphia nonprofit, had been trying for years to open the first such facility in that city. The supervised injection site would allow people to bring illegal opioids and inject them under medical supervision, to prevent fatal overdoses. In Canada and several European countries, injection sites also refer clients to substance abuse treatment and other social services.

A three-judge panel of the Third Circuit issued a 2-1 ruling on Tuesday. Judges Stephanos Bibas and Thomas L. Ambro called Safehouse’s motives “admirable,” but said that while “the opioid crisis may call for innovative solutions, local innovations may not break federal law.”

“But Congress has made it a crime to open a property to others to use drugs… And that is what Safehouse will do,” the opinion reads, citing a federal law passed in 1986 and commonly known as the “crack house” statute.

Safehouse formed in 2018 after the City of Philadelphia announced plans to support a supervised or “safe” injection site. It embraces “harm reduction” techniques as a way to reduce death and illness from the drug epidemic and its leadership team includes Ronda Goldfein, executive director of the AIDS Law Project; Jose Benitez, executive director of Prevention Point, the city’s only sanctioned syringe exchange, and former Pennsylvania Gov. Ed Rendell, who was instrumental in helping Prevention Point open in 1992 despite federal law prohibiting needle exchanges.

U.S. Attorney William McSwain sued the nonprofit in February 2019, not long after it formed, claiming that a site where people could bring their own illegal opioids to inject under medical supervision would violate federal law. U.S. District Judge Gerald McHugh ruled in favor of the nonprofit on Oct. 2, 2019, writing “The ultimate goal of Safehouse’s proposed operation is to reduce drug use, not facilitate it.”

McSwain swiftly appealed and has now won a victory in the Third Circuit.

“The Third Circuit’s opinion is a faithful reading of the statute’s plain language and is consistent with Congress’s intent to protect American neighborhoods from the scourge of concentrated drug use,” McSwain said in a statement.

The court fight hinged on interpretation of section 856 of the U.S. Controlled Substances Act. This “crack house statute” from 1986 was written at the height of the country’s crack epidemic as a way to strengthen prosecution of drug crimes. The law prohibits anyone from maintaining a place for the purpose of using, selling, or storing drugs. The statute was later used to prosecute people hosting raves where Ecstasy and other popular party drugs were consumed.

During oral arguments in November, attorneys for Safehouse told the court that the federal law does not apply because the central purpose of their site was not, in fact, facilitating drug use but preventing overdoses for those who would be using drugs anyway. The appeals court disagreed.

“Although Congress passed §856 to shut down crack houses, its words reach well beyond them,” the opinion reads. “Safehouse’s benevolent motive makes no difference. And even though this drug use will happen locally and Safehouse will welcome visitors for free, its safe-injection site falls within Congress’ power to ban interstate commerce in drugs.”

In her dissenting opinion, Judge Jane R. Roth agreed that those using Safehouse to inject drugs would be using drugs whether they did it at Safehouse or not. 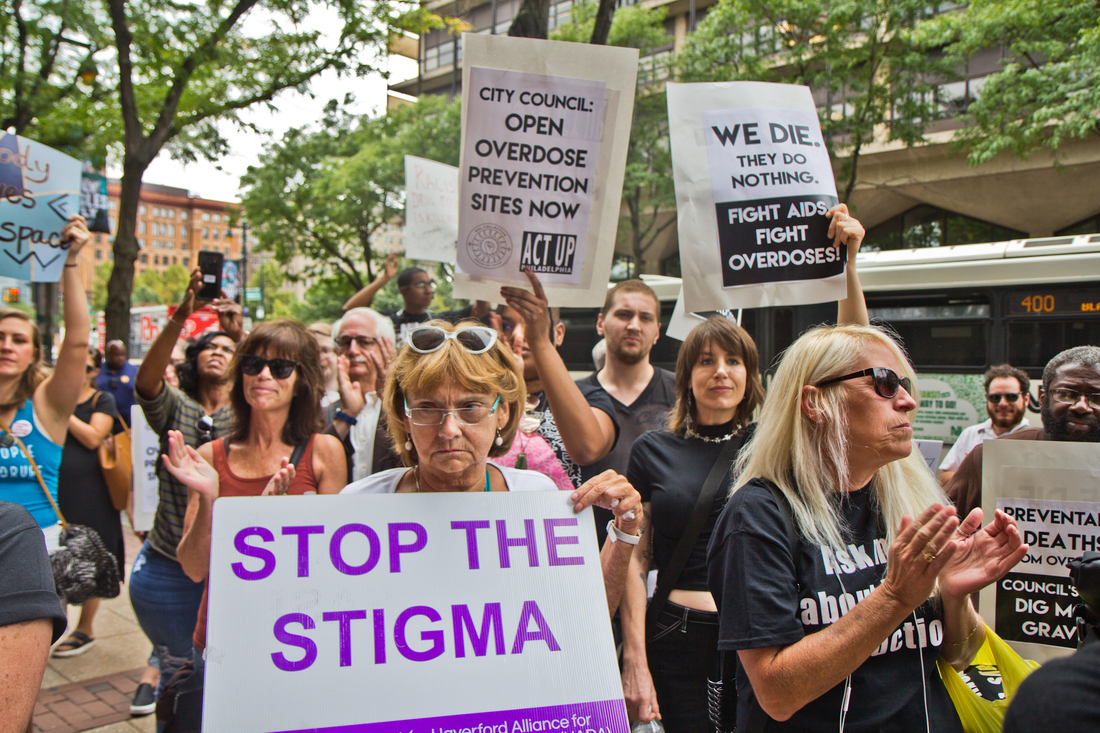 Supporters of a safe injection site to prevent overdose deaths rallied outside a federal court hearing on Sept. 5, 2019 in Philadelphia. The nonprofit Safehouse was defending the idea, arguing that the proposal was about harm reduction and would not violate the federal Controlled Substances Act. 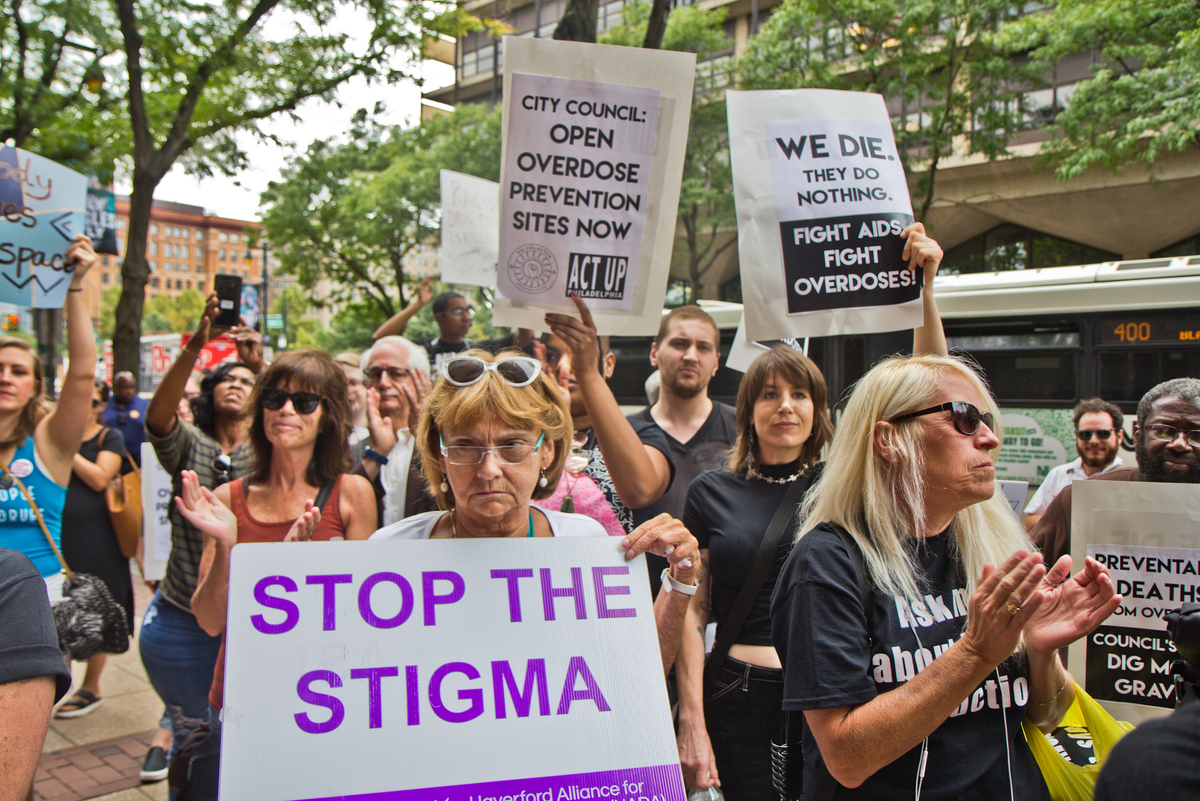 Supporters of a safe injection site to prevent overdose deaths rallied outside a federal court hearing on Sept. 5, 2019 in Philadelphia. The nonprofit Safehouse was defending the idea, arguing that the proposal was about harm reduction and would not violate the federal Controlled Substances Act.

Safehouse board vice president Ronda Goldfein said she was disappointed by the ruling, but that this would not be the end of the road for Safehouse.

“The opinion doesn’t change the science,” she says. “We have an evidence-based initiative that works, that’s still true. That law was not intended to force people to stand by idly while their brothers and sisters are dying.”

Safehouse will review its legal options, Goldfein says, to determine the best strategy to pursue before moving forward. But she says the Safehouse team is hopeful that the Justice Department under the Biden administration will be more favorable to their initiative. U.S. Attorney William McSwain is resigning January 22, a move that was expected as part of the transfer of power to the Biden administration.

As a U.S. Senator, Joe Biden was among the principal authors of the 1985 federal drug-crimes law, but in recent years has considerably shifted his stance on addiction and substance use. Biden has acknowledged that the law’s sentencing disparities between crack and powder cocaine led to racial injustices, and he introduced a new bill to eradicate the difference. Biden’s language about addiction has changed, too, especially in the context of his son Hunter’s struggle with it.

Still, Biden’s plan to end the opioid epidemic is light on harm reduction strategies: It makes only one mention of syringe exchanges, and no reference to supervised injection sites.

Read More »
PrevPrevious‘Film About a Father Who’ Review: Family Secrets by Omission
NextTrinity Rodman will make her name on the soccer field – Daily BulletinNext

Lakers could face a season-long battle with complacency – Daily Bulletin