By Mark Mcgreal For Dailymail.Com


Dave Chappelle and Chris Rock were seen together on Monday in New York City.

The pair of comedians, 48 and 56 respectively, were laughing uproariously on a street corner.

The stars are good friends and sometimes appear on stage together as was the case for Eddie Murphy’s 2019 Saturday Night Live monologue which also featured Tracy Morgan. 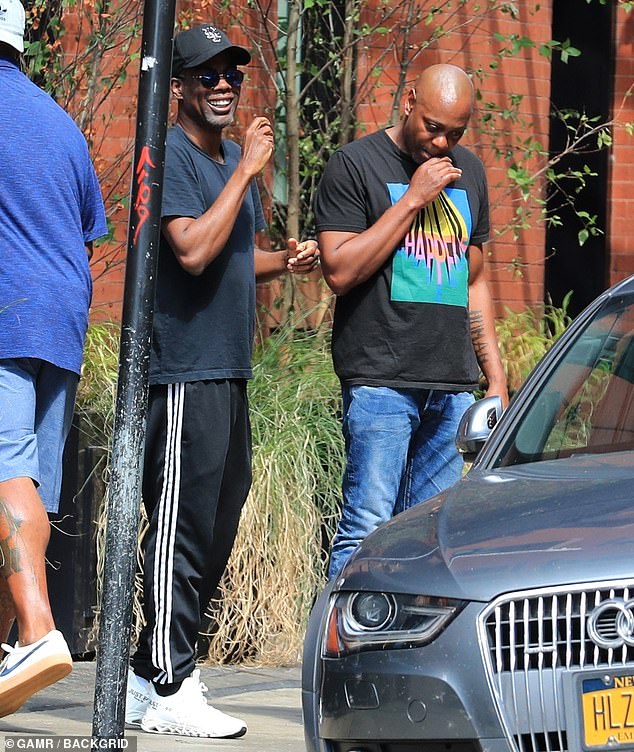 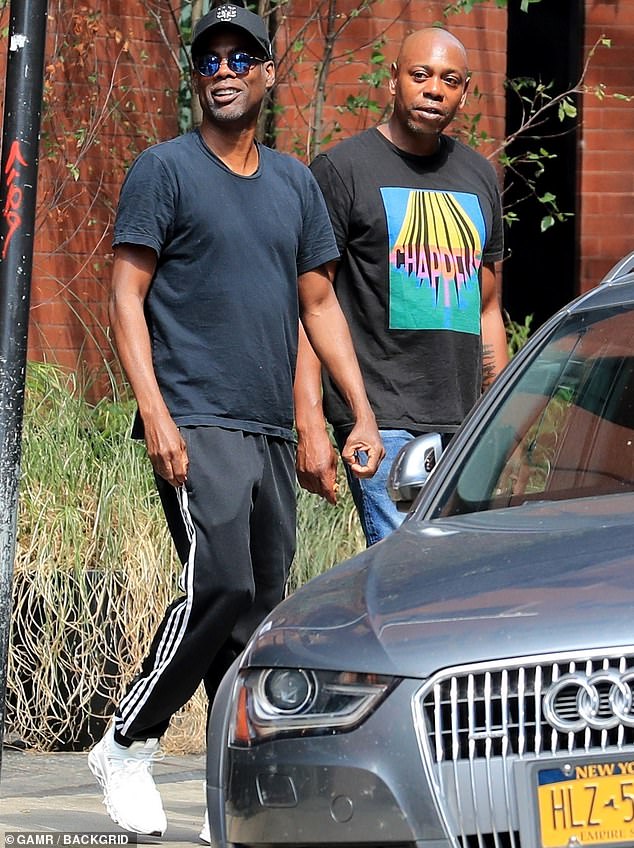 Friends outside of show business: The two comedians aren’t just friends for the camera. They have a close bond in everyday life as well

The Chappelle Show star wore a black shirt with his name written in multiple colors on the front and blue jeans.

The Fargo star wore a blue t-shirt, black track pants with white stripes running down the side of his leg and a black hat.

It’s surprising the two stand-up stars had time to laugh it up on a street corner given how busy the two entertainers usually are. 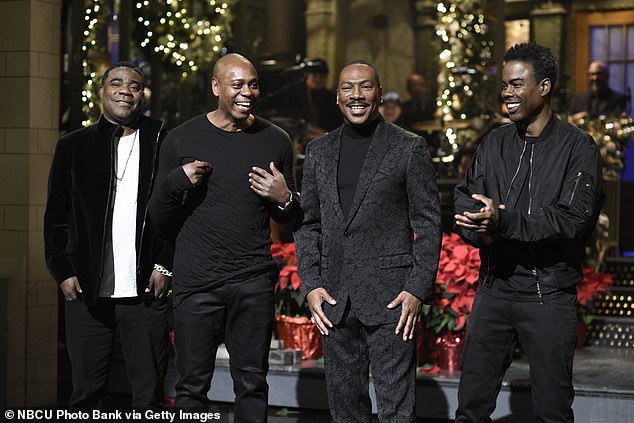 Work colleagues too: The actors make appearances together sometimes, like they did during Eddie Murphy’s SNL monologue in 2019; from left, Tracy Morgan, Dave Chappelle, host Eddie Murphy, and Chris Rock 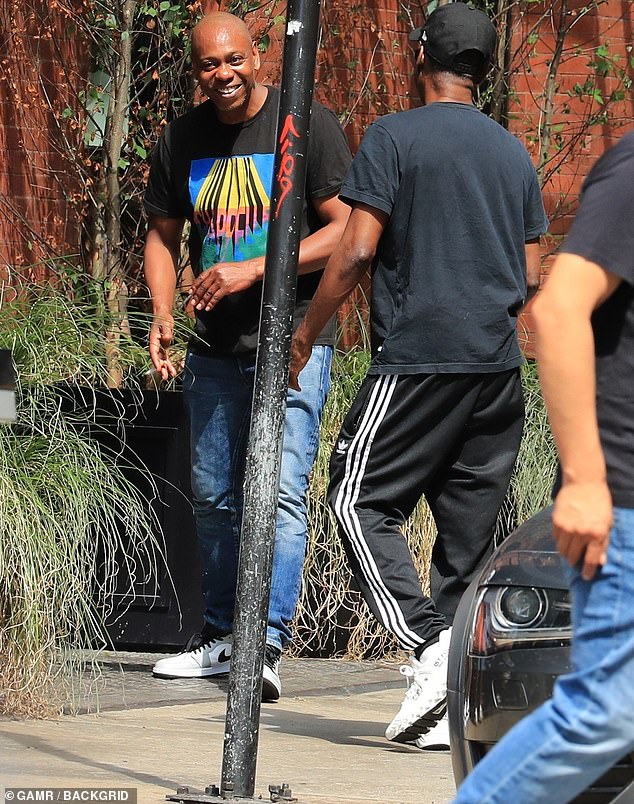 Always working hard: It’s surprising the two stand-up stars had time to laugh it up on a street corner given how busy the two entertainers usually are

Chappelle has a number of stand-up shows scheduled for October at the Eventim Apollo in London. He also has one scheduled for New Orleans that will also feature Joe Rogan.

On the film side of his career, the A Star is Born will serve as a producer on an upcoming documentary about his life. A title has not been announced yet.

While the Robin Hood: Men in Tights actor is sticking to what he knows, Rock is branching out more. 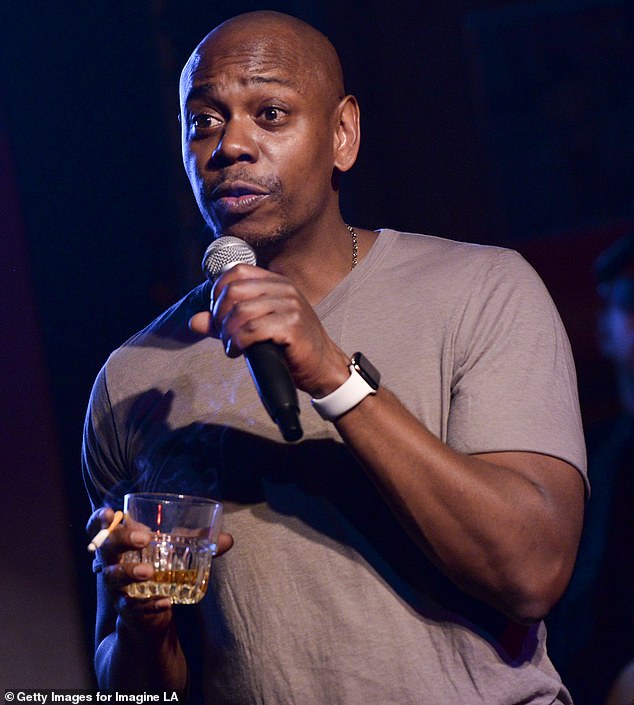 Back to touring: The comedian, seen here in January of this year, has a slew of shows coming up including some in London and one in New Orleans which will also feature Joe Rogan

Despite mainly performing in comedy films early in his career, the actor has started to take on more serious roles.

Last year, he appeared as Loy Cannon, the head of a crime syndicate, in the critically television show Fargo. He also took on the role of Detective Zeke Banks in the horror film Spiral.

The Grown Ups actor will also play a part in I am Maurice, a drama about a man who immigrates from Haiti to pursue his dream of becoming a boxer after the 2010 earthquake in his home country. 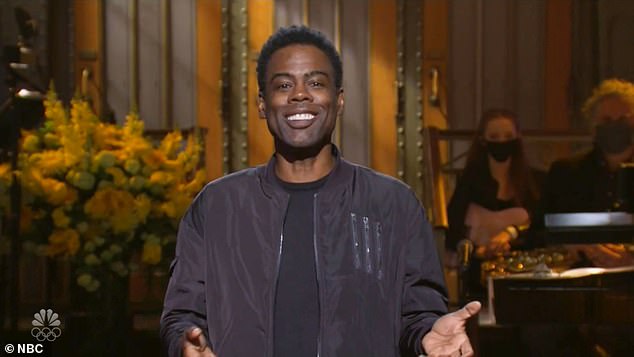 Not a one trick pony: Rock, seen here in 2021, has branched out with his roles lately including one in drama series Fargo and another in horror film Spiral

Read More »
PrevPreviousWhen IS the ideal time to have your flu jab?
NextMet Gala 2021: Best dressed celebrities, from Anna Wintour to Ilana GlazerNext