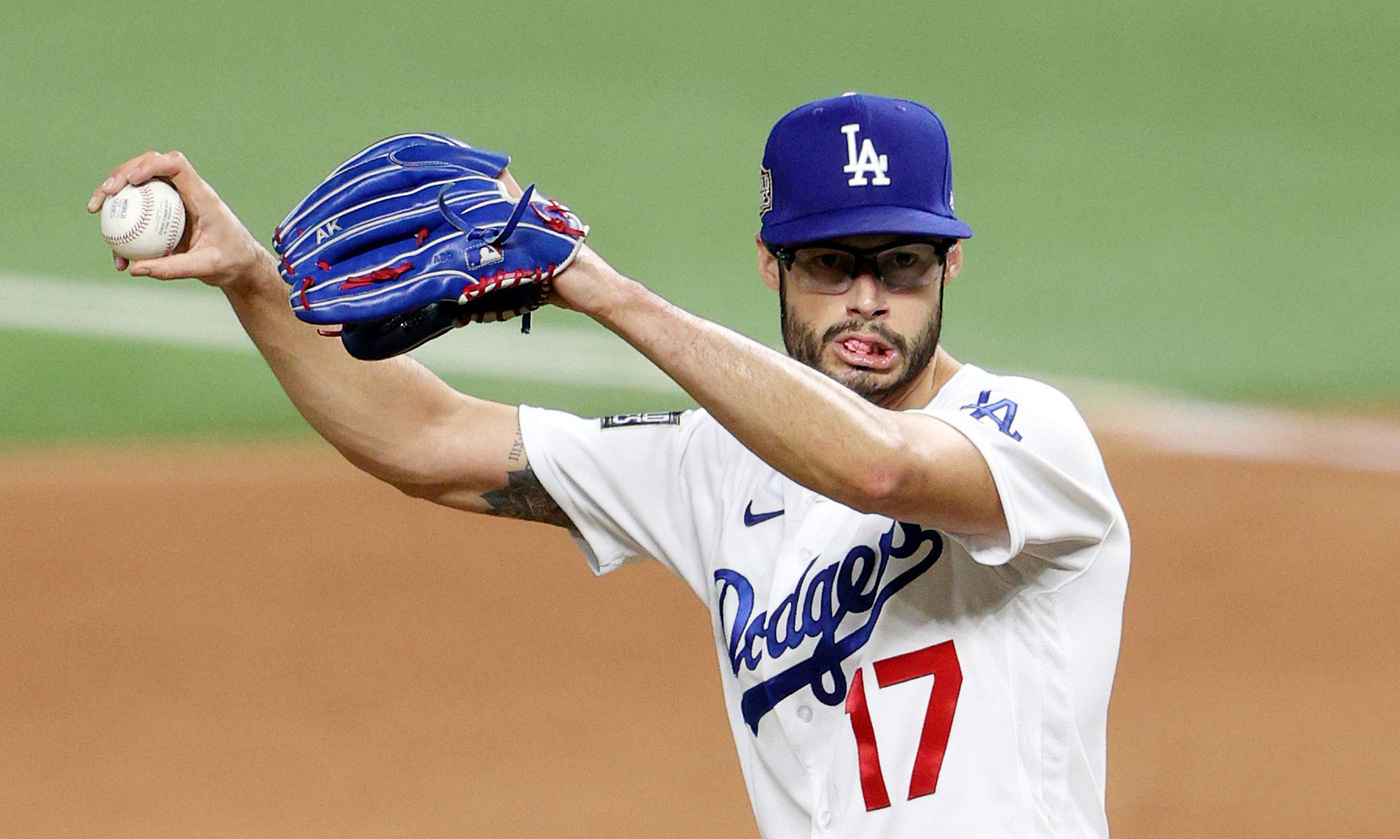 The Dodgers have not been very open about the physical ailments bothering reliever Joe Kelly over the past year. But Joe Kelly was very open with a Boston radio station.

Kelly revealed to WEEI on Friday that he had surgery in November to remove cysts from his throwing shoulder. The surgery was performed by Dr. Neal ElAttrache, according to Kelly. The issue was revealed by an MRI during an August examination while Kelly was sitting out his five-game suspension for an on-field incident in Houston.

“My shoulder hasn’t been good since the end of 2019,” Kelly told WEEI.com. “But during my suspension after the thing with the Astros, my arm was super weak. If I was laying on a table I couldn’t lift my arm past gravity. They asked me how long it was going on for and I told them forever. I couldn’t sleep at night and it felt like fire ants were eating my arm from the inside-out.”

“They ended up putting metal clamps on my labrum and then they decompressed all the cysts,” Kelly said of the November surgery. “They sucked out some loose bodies from my rotator cuff. So it was a good little surgery.”

The Dodgers placed Kelly on the Injured List for part of the 2020 regular season and he opened this year on the IL again. In both cases, the Dodgers were vague about Kelly’s injury, listing it only as shoulder inflammation. No mention of surgery was made at all during spring training where Kelly’s throwing program was limited – and media access to players was extremely limited due to health and safety protocols in place during the pandemic.

The Dodgers’ lack of transparency was apparently in response to Kelly’s wishes to keep the surgery private – a stance he abandoned with the Boston radio station.

“We talked about it and he just wanted to keep it quiet,” Dodgers manager Dave Roberts said, adding that Kelly is “very prideful” and didn’t want it to appear he was making excuses for poor performance since joining the Dodgers.

Kelly has a 4.11 ERA and 1.40 WHIP in 67 appearances since signing a three-year, $25 million contract with the Dodgers. He is in the final year of that deal. The contract includes an option for a fourth year at $12 million, which the Dodgers will certainly buy out at $4 million.

Kelly told WEEI that he had some issues with scar tissue in his shoulder that slowed his recovery during spring training. Since the season started, he has been pitching in games at the alternate training site in Arizona and even pitched on back-to-back days recently, Roberts said.

“The command, the velocity, the breaking ball, changeup – all that is there,” Roberts said. “The soreness after outings is dissipating so he’s bouncing back. So, shoot, hopefully, second week of May we’d love to have him back.”

The Dodgers will expand seating for fully vaccinated fans when the team returns home for its next homestand on May 11-20.

The team will offer sections on the Loge and Reserved levels for fans who show proof they have been fully vaccinated. The seats in those sections will be discounted by 20 percent “to further encourage Angelenos to become vaccinated.” Fans in the section will be required to wear masks but not required to socially distance while in their seating section.

The seats will be available for each of the nine games on the homestand. The Dodgers offered two sections to fully vaccinated fans for last Saturday’s game as a preliminary test.

When right-hander Brusdar Graterol was placed on the IL with right forearm soreness Thursday, Roberts said Graterol would undergo testing including an MRI. On Friday, however, Roberts said the plan for Graterol is just rest and treatment for now with no MRI planned before the team returns to California next week.

“He’s gonna stay with us and get treatment, not play catch for a couple days, see how it responds to treatment,” Roberts said.

“Right now in town, I don’t know if we have the resources (for an MRI). Our staff feels that just giving him a couple of days of not throwing and getting treated will give us a better idea of how he’s feeling. Once we get back to town that potentially still will remain an option. But right now, we’re not going to do that.”

Roberts said right-hander Tony Gonsolin has progressed to throwing off a mound at the alternate training site and threw a 20-pitch bullpen session on Monday. “Getting off the mound was great,” Roberts said. “So my guess is, in three or four days, that he’ll get back off the mound and up and down for 35 (pitches) or something like that.” Gonsolin has been on the IL since the start of the season due to shoulder inflammation.