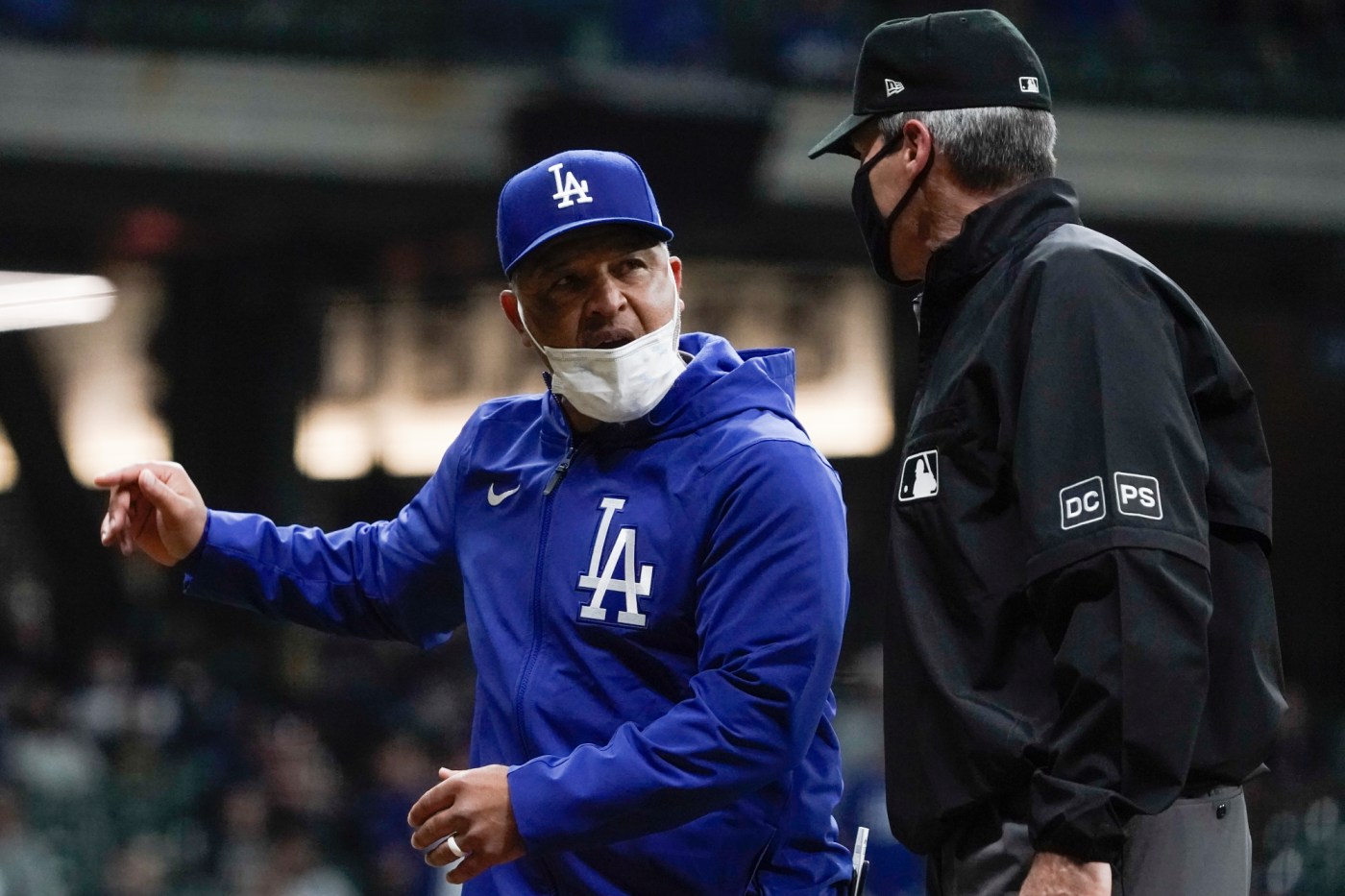 The Dodgers’ offense right now is a lot like a foot that has fallen asleep. The tingling lets you know it’s there. But you can’t walk on it.

The latest low point in the Dodgers’ offensive slump was a two-hitter at the hands of Freddy Peralta and three relievers as the Milwaukee Brewers won, 3-1, Friday night at American Family Field.

There is no mystery in where the blame lies. Over their last 13 games, the Dodgers have hit .177 as a team (.200 with runners in scoring position) while averaging 3.2 runs per game, including two or fewer in seven of the 13 games.

It wouldn’t take much offense to flip the script. The Dodgers have lost seven times during the slump by one (five times) or two runs.

Dodgers manager Dave Roberts has insisted that the slump – “if that’s what we’re calling it,” he said at one point recently – is just the natural ebb and flow of a long season. But his frustration flowed out in the eighth inning Friday when he was ejected for arguing a checked-swing strike call on Chris Taylor by first-base umpire Angel Hernandez.

A six-run eighth inning at Dodger Stadium on Wednesday sent the Dodgers off on their longest road trip of the season with evidence for Roberts’ promise that the offense would awaken from its slumber. But they have scored just two runs in the first 18 innings of the trip.

Against Peralta, the Dodgers got two baserunners in the first inning on a walk and a hit batter. But they did no damage and Peralta retired 10 in a row, taking a no-hitter into the fifth inning.

A.J. Pollock put an end to that with a leadoff home run. But the Dodgers’ only other hit was a harmless single by Will Smith in the seventh.

The offense failed to support a bullpen game that went about as well as the Dodgers could have hoped.

Edwin Uceta made his big-league debut as the starter and gave up a two-run home run to Jackie Bradley Jr. in the second inning. After that, five Dodger relievers combined to allow only two hits over the final six innings.

Has Mason Greenwood made a perfectly-timed dart into Gareth Southgate’s England squad?