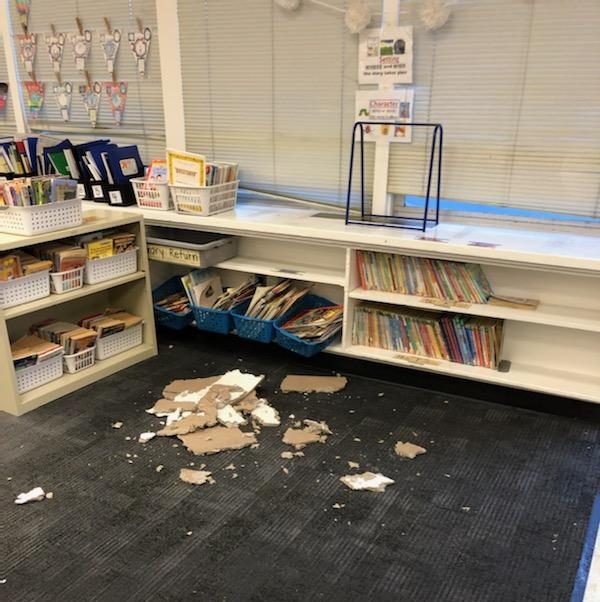 DUBLIN — Parents and teachers plan to assemble this afternoon in an effort to convince the school board to continue construction work planned for two elementary schools despite a nearly $200 million budget shortfall.

The Dublin Unified School District recently discovered it has fallen $184 million short in revenue for facility upgrades and a new high school. At a meeting earlier this month, the board deadlocked 2-2, with Catherine Kuo abstaining, on whether to allocate an additional $10 million for Dublin Elementary and $15 million for Murray Elementary to finish some phased work.

Parents and teachers are rallying to urge the board to get both projects done because they’re desperately needed.

“We want the trustees to keep promises at both schools,” said parent Kristin Speck, who helped organize the rally.

“For Murray, without funding, the project stops halfway through. It’s a huge problem from a safety standpoint.”

Although the school board meets tonight, it isn’t scheduled to discuss facility upgrades.

Pre-fabricated classrooms for Murray Elementary have been built and are ready to be shipped as part of the first phase of the school’s overhaul, according to Interim Superintendent Daniel Moirao. Enrollment has soared from about 300 students five years ago to more than 600 today and still growing, the district says.

The board had already dedicated $55 million for upgrades, and the additional $15 million would complete the first phase. Even if that money is allocated, it would only be enough to build either a multi-purpose room or an administration/library building, not both.

Parents and teachers held a similar rally in November 2019 after the school board refused to allocate $33 million promised in past bond measures for upgrades and repairs to Murray Elementary’s ceiling, which had begun to collapse. Pictures of fallen ceiling tiles circulated throughout the community, as did concerns from parents that serious leaks caused rotting.

Though the board had deadlocked on fixing the ceiling in 2019, it backtracked in the wake of community backlash and agreed to allocate the $33 million.

Meanwhile, Dublin Elementary needs an additional $10 million from Measure J funds to continue with its design for renovation of new buildings. Measure J was approved in March 2020 for $290 million.

Board president Dan Cherrier and board member Gabi Blackman voted against spending the money earlier this month, Cherrier suggested halting all construction work planned for Murray, even if it meant breaking contracts, to save money. Blackman said she wanted more information about where bond money would go and didn’t want to move too fast. Kuo said she wasn’t ready to make a decision and also wanted more information.

The district meanwhile has had to postpone construction of the  much-anticipated second high school, Emerald High, after discovering the funding gap. The school now is set to open in fall 2023.

The board agreed to conduct an audit to determine how the district came up almost $200 million short on its facility projects. When board member Megan Rouse suggested the audit, she was criticized by fellow trustees, but they went along after getting community pushback at their last meeting this month.

Voters in Dublin Unified have approved several bond measures in the last 17 years to complete facility upgrades. They include Measure J, Measure H in June 2016 for $283 million, Measure E in 2012 for $99 million and Measure C in 2004 for $184 million.

Eighteen Killed in Myanmar’s Bloodiest Day of Protests Since Coup

Read More »
PrevPreviousIs coffee good or bad for heart health? The evidence is mixed but the message is clear
NextTwitter removes hundreds of misinformation accountsNext

Age in place in cultural hub

Experts say there are 10 pandemic booze-drinking types – which one are you?