Eden Hazard has issued an apology for laughing with his former Chelsea team-mates on the pitch following Real Madrid‘s Champions League exit on Wednesday.

Hazard – who returned to Stamford Bridge for the first time since his huge £90million transfer to Spain in 2019 – was seen smiling and laughing with his former colleagues Kurt Zouma and Edouard Mendy at full-time.

His reaction after the 2-0 loss – which saw Thomas Tuchel‘s side book their place in the Istanbul final with a 3-1 aggregate victory – saw fans take to social media to vent their frustration. 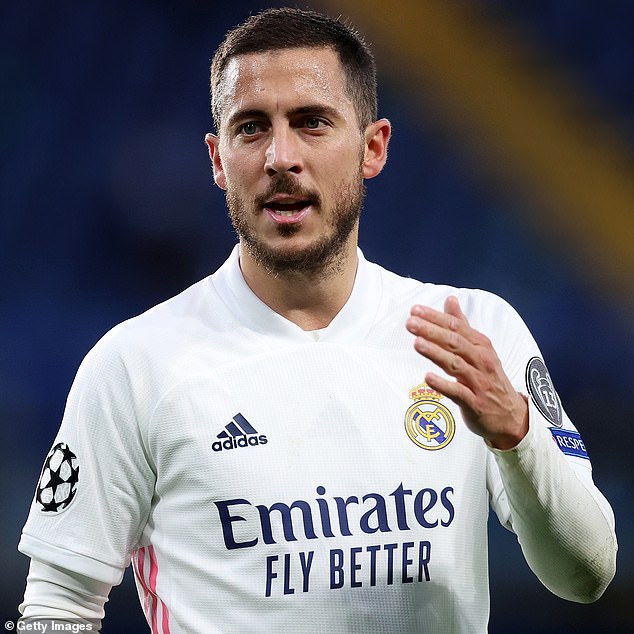 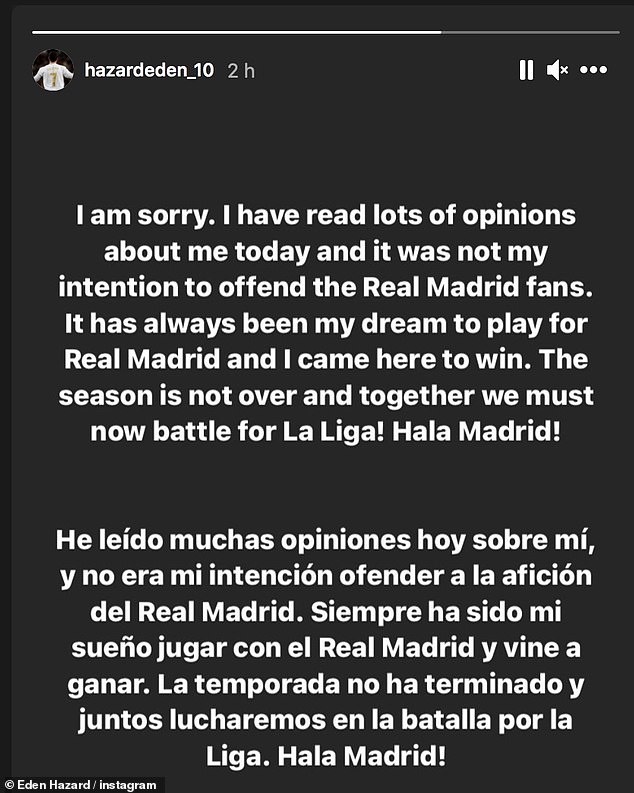 Hazard has since taken to Instagram to issue an apology, saying it wasn’t his ‘intention to offend Real Madrid fans’ and that it is a ‘dream’ to play for the club.

Hazard took to his Instagram story to say: ‘I am sorry. I have read a lot of opinions about me today and it wasn’t my intention to offend Real Madrid fans.

‘It has always been my dream to play for Real Madrid and I came here to win.

‘The season is not over and together we must now battle for La Liga. Hala Madrid!’

The incident marked something of a breaking point for the forward, who has endured a miserable spell since arriving at the Bernabeu in June 2019. 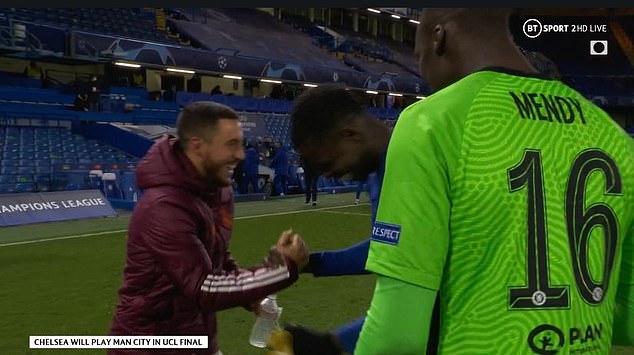 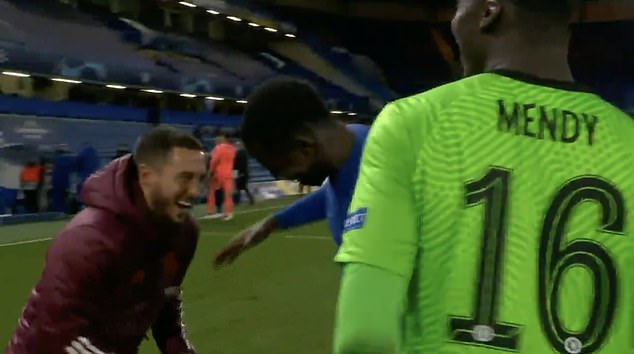 Real Madrid fans were not only disappointed by his actions off the pitch, but his performance on the pitch as well.

Having been fit for just 755 minutes of Champions League football this season, fans were hoping the return of the talisman to the squad would be inspired and help their side reach yet another European final.

However, the striker did little to impress and was hooked off in the later stages of the game.

As a result, now both Madrid supporters and the Spanish media appear to be turning on the star – who was supposed to be the leading light for the club carrying on from Cristiano Ronaldo.

World’s cheapest cities to live in, from Tbilisi to Tashkent