Forest Green Rovers continue in their bid to become more eco-friendly as they launch a brand new shirt made from COFFEE waste… which owner Dale Vince says will make them BETTER on the pitch than their previous bamboo-based strip!

By Tomas Hill Lopez-menchero For Mailonline

Forest Green Rovers have continued in their bid to become more eco-friendly by launching a new shirt made from coffee waste.

The League Two club’s shirt is made from coffee grounds and recyclable plastic and will be worn for the first time against Colchester United on Saturday.

Owner Dale Vince says he hopes the club’s new shirt, which will replace their bamboo-based strip, will make football fans consider their impact on the environment. 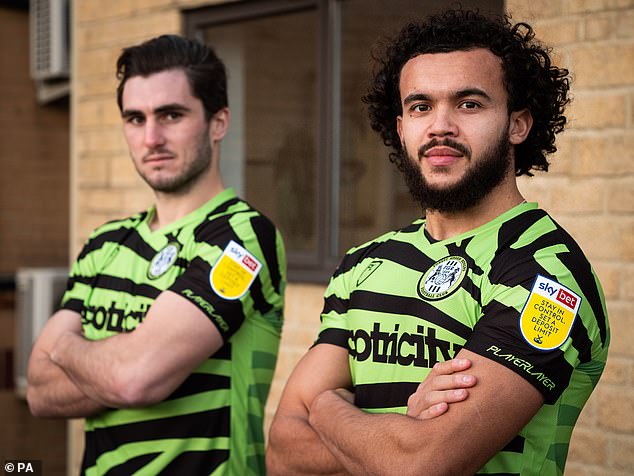 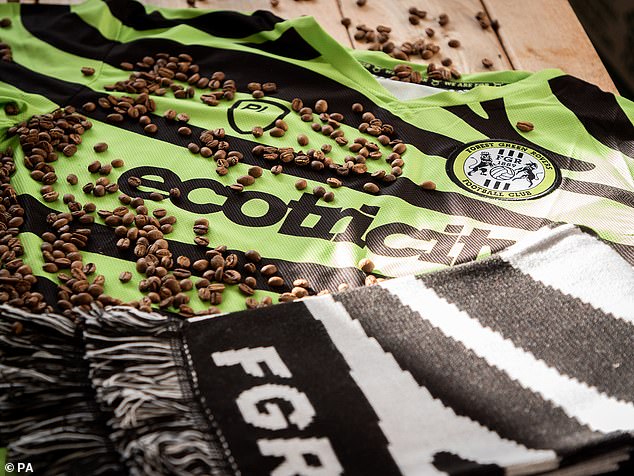 Vince told Sportsmail: ‘We have to look into every aspect of how we live and how we operate.

‘Everything we do has an impact, including the clothes that we wear and shirts for footballers. This is a message for fans and people everywhere that the clothes we wear are an important issue as well.

‘It’s about sustainability but because we’re a football club it’s about performance as well – the two have to go hand in hand. 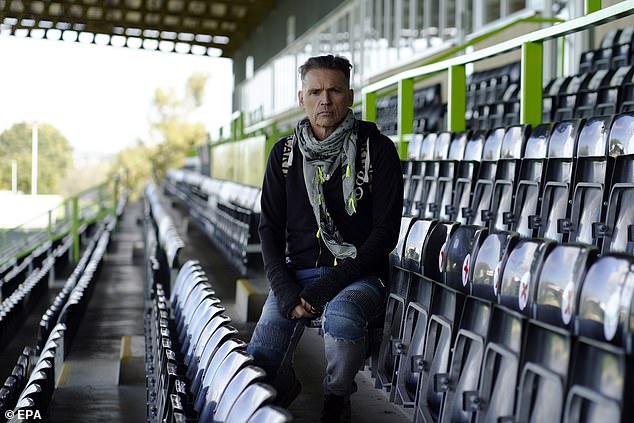 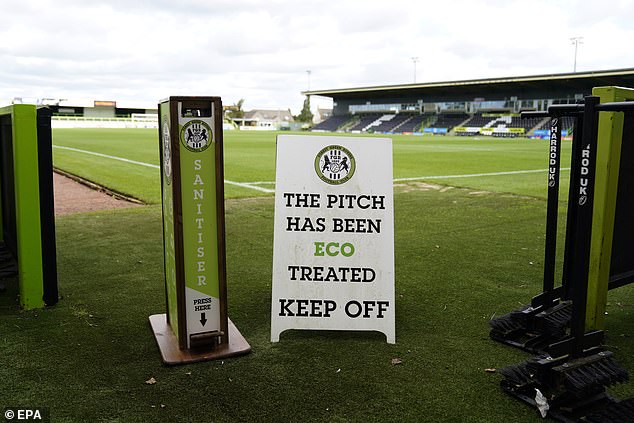 ‘Sport has a responsibility because of its unique position as an influencer. People look up to clubs and to sporting icons and they take their lead from them.

‘We’re having fun, we’re doing what we believe in passionately, persuading other people to think about how they live.’

The League Two outfit have won widespread praise for their eco-friendly efforts and became the world’s first carbon-neutral club as certified by the United Nations in 2018, having been named the ‘world’s greenest’ by FIFA in 2017.

The new kit will be available to supporters from next season and Vince said each shirt is made from the waste of the grinds from three cups of coffee and five recycled plastic water bottles.

It is one of several green initiatives the club have pioneered under the green energy industrialist’s ownership since 2010, including serving 100 per cent vegan food and planning a stadium made entirely of wood.

Forest Green also helped found the UN’s Sports for Climate Action programme, in which they advise sports bodies across the world on how to reduce their impact on the environment.

Vince said: ‘I like to say that football and the environment belong together, but when Hector Bellerin says it, it carries more weight with football fans.

‘I’m excited by the opportunity that we have and the reception that we’ve had for all the work we’ve done, it’s been fantastic. 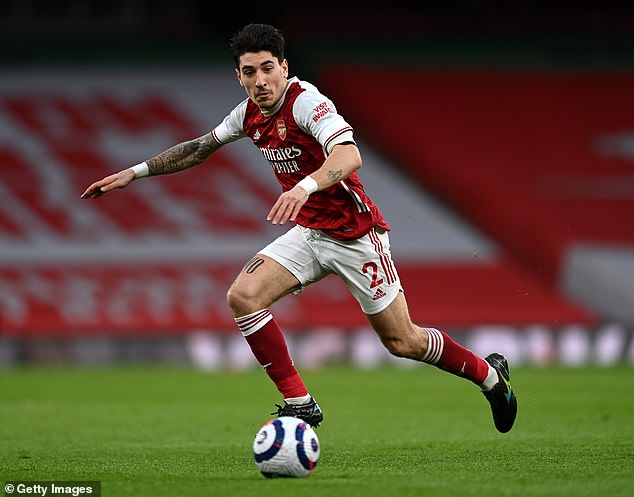 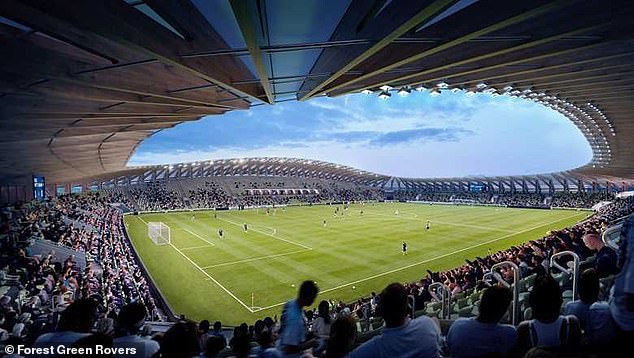 Forest Green Rovers are planning a 5,000-seater stadium made entirely of wood

Vince’s plans for Forest Green include a new clothing range and an electric team bus.

The Gloucestershire club, who are second in League Two, are looking to move into their new 5,000-seater stadium when the ambitious Eco Park is completed in three or four years.

But Vince says their biggest aim is to make a difference with their involvement in the UN programme and help turn the tide of climate change while still possible.

He added: ‘What we’ve done is less interesting than what we can do.

‘We’ve just got this chance to communicate with an enormous audience and bring change, and that’s really exciting.

‘I think we’ll see that these things that we’re doing now will become more normal in all sports.

‘The things that seemed radical 10 years ago are going to be normal in five years’ time.

‘We’ve got about 10 years to make big changes to avoid the worst of global heating, so I hope in five years from now we’ll have done a lot to reduce our carbon emissions.’

Headed back to work with pandemic easing? Here’s how to get over that pet-owner anxiety – Daily News

The best gadgets to help manage your heart health

‘City of the dead’ home to 40 skeletons buried in giant jars 1,700 years ago is found in Corsica