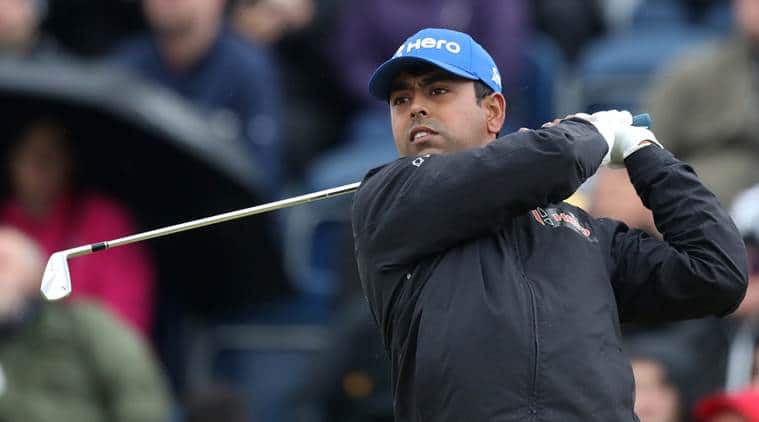 Anirban Lahiri plays his first two rounds with Tom Hoge and JJ Spaun and will tee off from the tenth on the first day late in the afternoon. (Source: File Photo)

Indian golfer Anirban Lahiri bogeyed two of his last three holes in the second round to miss the cut at the Genesis Open tournament.
Lahiri ended with rounds of 77-73 and was rather low on the leaderboard at nine-over as the cut fell at even par. Coming back after a three-week break during which he became a first-time father, Lahiri returned for Honda Classic, hoping to find his rhythm back.

Meanwhile, Justin Thomas, who is seeking the 10th win of his PGA TOUR career, was at 13 under and has a one-shot lead over playing partner Adam Scott, with Patrick Rodgers and J B Holmes another shot back. Tiger Woods, who was just one shot above the cut line after the second round, has sprung into action and a tie for 14th with a birdie-eagle-birdie-birdie start off the 10th tee in the third round.

“I’ve got some work to do,” said Woods, who hoped to get up-and-down to save par at the 17th once play resumes. It will be a longer-than-usual day for all 76 players who made the cut. No one has completed the third round, which did not start until mid-Saturday afternoon as the seven-hour delay to start the tournament on Thursday continues to play havoc with the playing schedule.

The Genesis Open in reality is just past the halfway mark with only the final day left.

While Thomas played only eight holes on Saturday, Rodgers played 20 holes. He shot a 4-under 67, fuelled by a chip-in eagle from 131 yards on the par-4 seventh, then played two holes to start his third round, including an eagle at the par-5 opening hole. For Adam Scott, the only bogey through 38 holes was a three-putt on the 17th hole in the second round. He is paired with Thomas for both the third and final rounds.

Among the notables ahead of Woods on the leaderboard are Rory McIlroy at 8-under), last week’s runner-up Casey (also at 8-under), three-time Genesis Open champion Bubba Watson (at 7-under), Jordan Spieth (at 7-under) and world number 6 Jon Rahm (also at 7-under).

Some of these discussions are happening on less popular and less public online platforms, where

ICYMI: Spacing out and a famous frozen waterfall

In our weekly In Case You Missed It (ICYMI) round-up video, we bring you a

Till now, K2 was the only mountain higher than 8,000m not to be conquered in

Atletico Madrid ‘ready to renew their interest in Alexandre Lacazette’