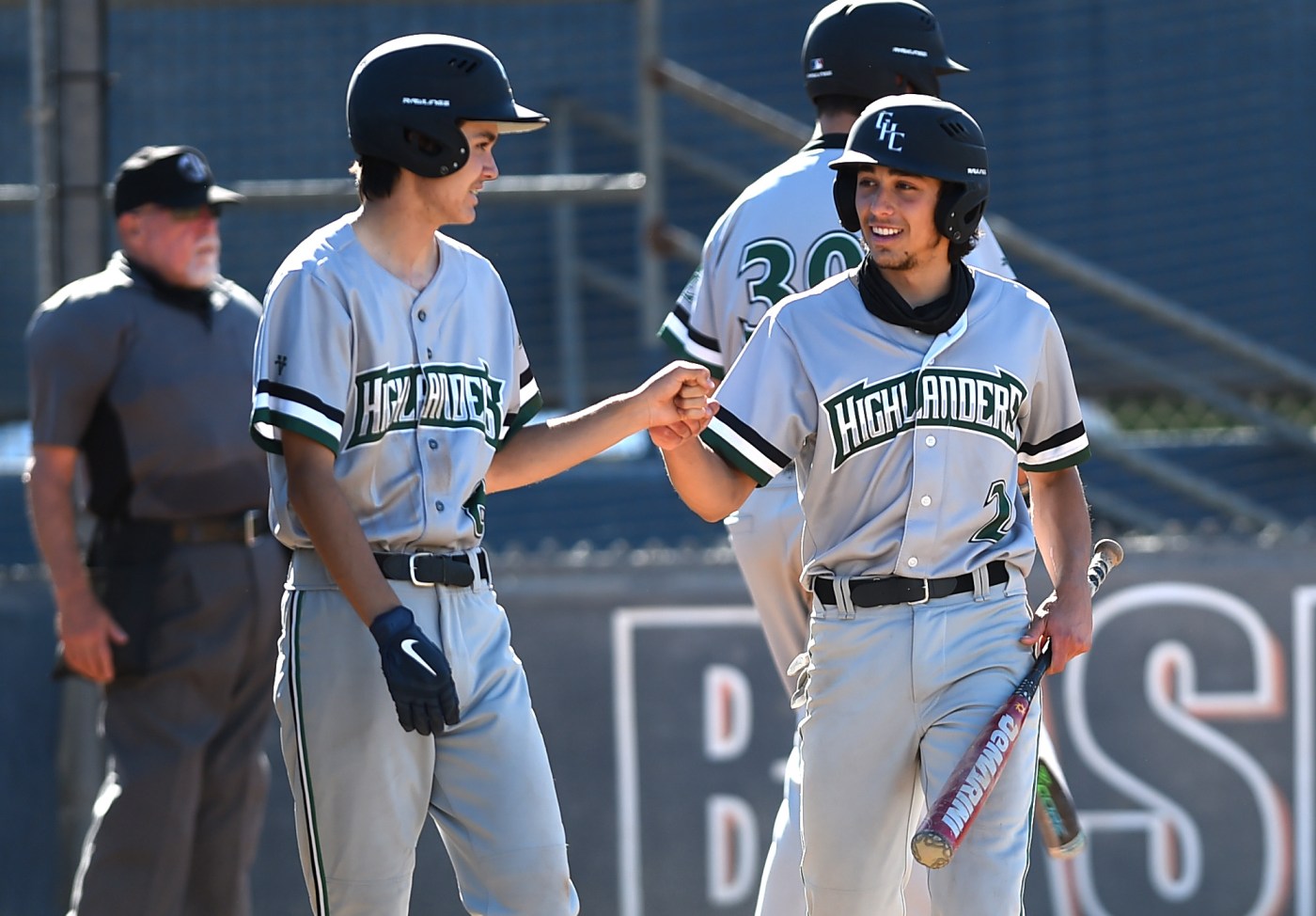 The Granada Hills Charter baseball team moved to 3-0 in West Valley League play Tuesday afternoon with an impressive 7-0 win over Cleveland. The Highlanders have now outscored their opponents 19-0 in the last two games, including Thursday’s 12-0 win over Chatsworth in five innings.

Zach Perez struck out seven in four innings, and allowed just one hit. Aaron Chazin was 4 for 4 with two RBIs and Will White hit a double and a triple with an RBI. Granada Hills is 13-2 overall.

Birmingham 2, Chatsworth 1: Kain Alvarado delivered a game-winning single for the Patriots in the bottom of the 6th. Birmingham improves to 3-0 in West Valley League play. The Chancellors drop to 0-3.

Chaminade 9, Alemany 5: Freshman Miles Ghossein hit a 2-run homer in the first inning. He finished with three RBIs for the Eagles (10-7, 4-3 ML) , who bounce back after a sweep to Notre Dame last week. Aric Berg earned the win. Israel Martinez had three hits, 2 RBIs for Alemany (9-9, 5-3 ML).

Camarillo 3, Simi Valley 0: Shane Alderete struck out eight in six innings in the set back for the Pioneers (8-9, 3-4 CL).

Viewpoint 10, Crossroads 6: Will Lashever and Lucas Herman each had two RBIs. Treye Meadows and Wyatt Thompson each had two hits in Viewpoint’s first league win this season (8-5, 1-4 GCL).

Granada Hills Charter 4, Birmingham 3: The Highlanders won in the bottom of the 7th inning scoring two runs off an error. Ella Ludden threw a complete game, striking out eight batters. Natalie Shane and Jeanette Camarena each had two hits for Granada Hills.

Read More »
PrevPreviousClippers get Patrick Beverley back, but Serge Ibaka has no timeline – Daily News
NextHave the Ducks found their top line for the future? – Daily NewsNext

What You Need To Know About The CDC’s New Mask Guidance : NPR

5 Things to Do This Weekend