Heathrow scrapes back into top 10 of European airports 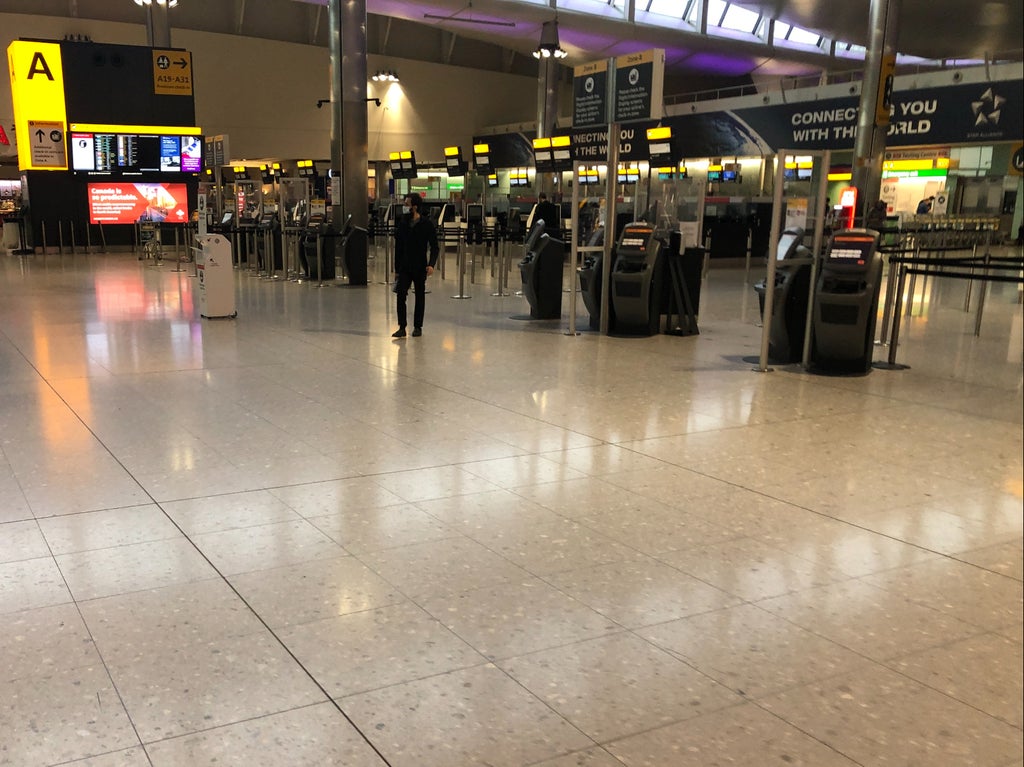 Heathrow, formerly the busiest airport in Europe, is back in the top 10 of European hubs after its busiest month since the coronavirus pandemic began.

By July 2021, the airport had sunk to 17th busiest in Europe. But numbers increased by 48 per cent in August compared with the previous month.

For the first time since March 2020, Heathrow handled more than a million transatlantic passengers in a month.

But Heathrow’s bosses have once again criticised delays of several hours for arriving passengers as “totally unacceptable” – saying UK Border Force “can and should deliver both a secure UK border and an efficient service for passengers”.

Passenger numbers remain 71 per cent down in August compared with the same month in 2019.

The airport blames “ever-changing restrictions, expensive and unnecessary testing requirements and lack of a common approach across borders continue to hinder the UK’s economic recovery”.

Its passenger traffic announcement described the UK as “an outlier … handing rivals a competitive advantage while the UK loses market share”.

Rivals including Amsterdam Schiphol, Frankfurt and Paris are all recovering at a much quicker pace.

Airport bosses are calling for “a safe but simple two-tier system – a green list and red list, retaining hotel quarantine”.

They want testing to be scrapped for fully vaccinated travellers.

The airport’s chief executive, John Holland-Kaye said: “If ministers fail to take this opportunity to streamline the travel rules then the UK will fall further behind as trade and tourists will increasingly bypass the UK.”

Inbound tourism in July and August to the UK was 14 per cent of 2019 levels.

The attack on the complex and unpredictable “traffic light” system was made as briefings indicated that the structure of travel restrictions could be dismantled by the start of October.

A Department for Transport (DfT) spokesperson said: “Our international travel policy is guided by one overwhelming priority – public health.

“We have always been guided by the science, and decisions on our traffic light system are kept under regular review and are informed by the latest risk assessment from the Joint Biosecurity Centre and wider public health factors.”

After criticisms last week of long waits at Heathrow, a Home Office spokesperson said: “Throughout the pandemic we have been clear that queue times may be longer as we ensure all passengers are compliant with the health measures put in place to keep the UK public safe.

“However, the very long wait times we saw at Heathrow were unacceptable.”

Hrithik Roshan’s style game at the airport is on point