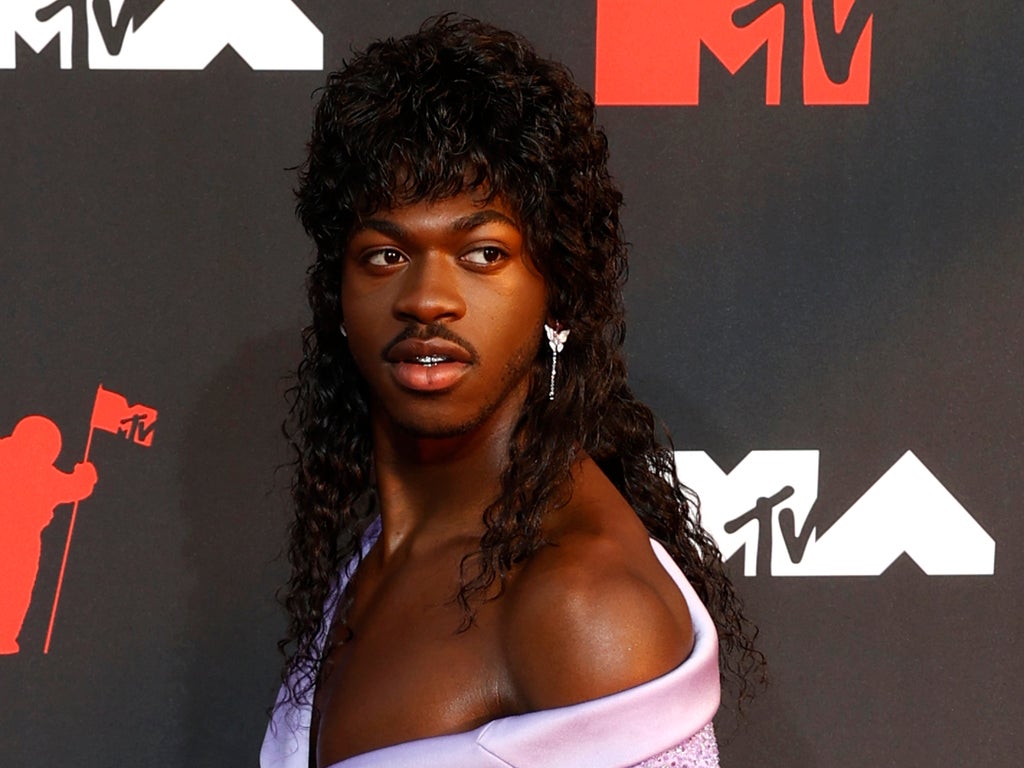 The rapper was dressed head-to-toe in purple, in a bejewelled Atelier Versace trouser suit that featured a long asymmetrical train. He finished the look with sparkling butterfly earrings, heeled boots and a matching manicure.

“I’m happy. I look good,” he said, before asking Mustafa if she also thought he looked good.

Lil Nas X laughed and seemed happy to continue with the interview, but some fans have been left confused on what was meant by Mustafa’s comment.

One fan shared a clip of the moment on Twitter, captioning it: “Oh my god why would she say that. Like what?” She added: “I’ve never seen an interviewer like… give their honest opinion…”

The video has since attracted more than 52,000 likes.

“Where was the lying? You’re supposed to lie,” wrote another Twitter user.

But many people are arguing that the comment was actually a compliment.

“I’m pretty sure she was making a joke about her being jealous of his fit,” a fan proffered.

“If she is shading him that’s wild but it really doesn’t read that way at all. The way Twitter peeps take things and twist it really amazes me.”

Another agreed: “I took this completely different than y’all are. To me it was like she was trying to say ‘I’m not gone say I’m hating, but I’m hating.’ But instead she said ‘let’s move on’ LMAO.”

Lil Nas X later changed into a pair of bright pink jogging bottoms to perform Montero (Call Me By Your Name) and Industry Baby with collaborator Jack Harlow.

After being nominated for five awards, he went on to win three of the categories including Video of the Year.

What to Read This Week