By George Stark For Dailymail.com

Irina Shayk was spotted back out in New York City on Thursday, looking stylish in a black jumpsuit that showed off her bra.

The Russian supermodel is returned home yesterday after spending a romantic three-night stay with Kanye West at a luxury boutique hotel in Province, France, confirming their heated dating rumors.

Since DailyMail.com’s exclusive pictures of the pair surfaced, there have been various reports suggesting the new couple have been dating for as long as three months, while another report has claimed his estranged wife Kim Kardashian ‘already knew’ about the romance. 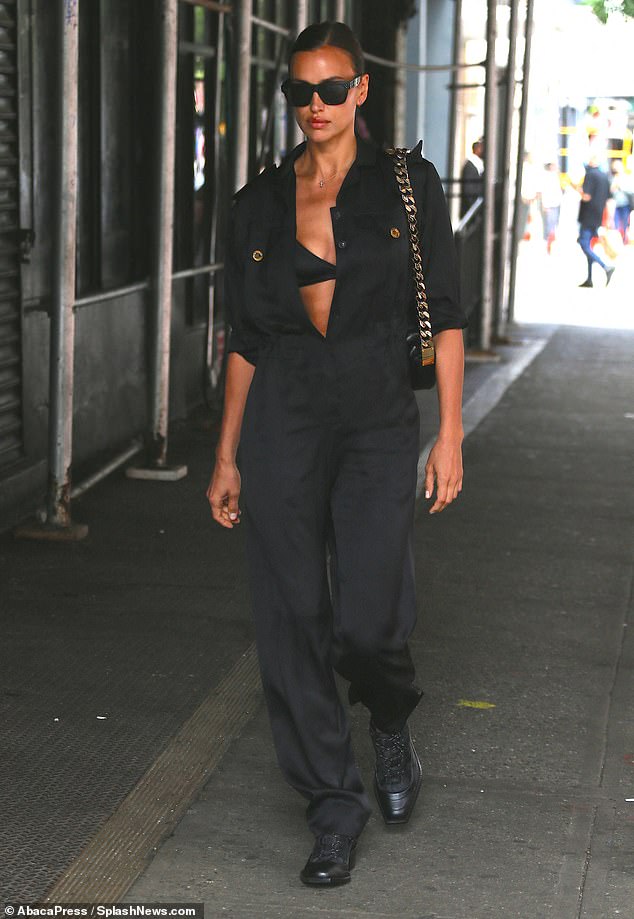 Runway ready: Irina Shayk flashes her bra in stylish black jumpsuit… as she steps out in NYC on Thursday, after romantic getaway with Kanye West in France this week

A TMZ report Thursday claims the pair have been seeing each other since as early as March, and noted how she was seen his custom DMX memorial shirt before it was released to the public.

Meanwhile, a source claimed to UsWeekly yesterday: ‘Kim knew that Kanye and Irina were dating,’ adding that the duo have been ‘been quietly seeing each other for a couple of months.’

DailyMail.com exclusively revealed photos of the pair enjoying a romantic getaway earlier this week, where they stayed at a luxury 600-acre boutique hotel together, named Villa La Coste. 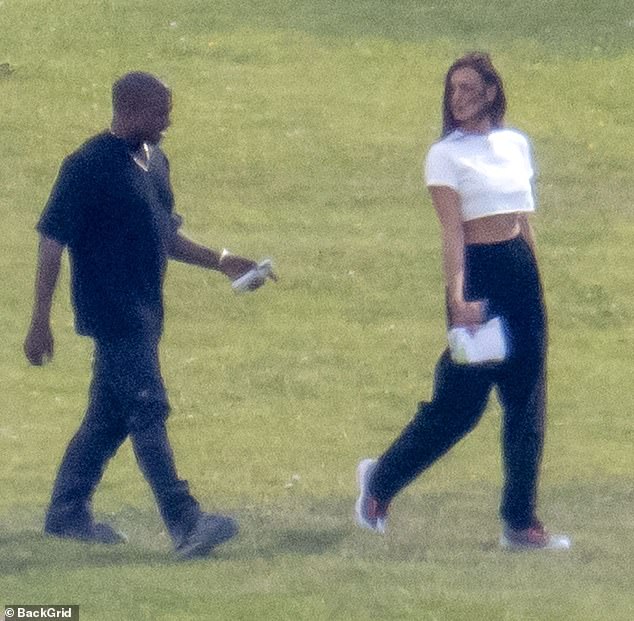 Romantic getaway: Kanye and Irina pictured during their stay at a luxury 600-acre boutique hotel together, named Villa La Coste, in Province, France

Strutting home: The Russian supermodel is back in NYC after spending a romantic three-night stay with Kanye West at a luxury boutique hotel in Province, France 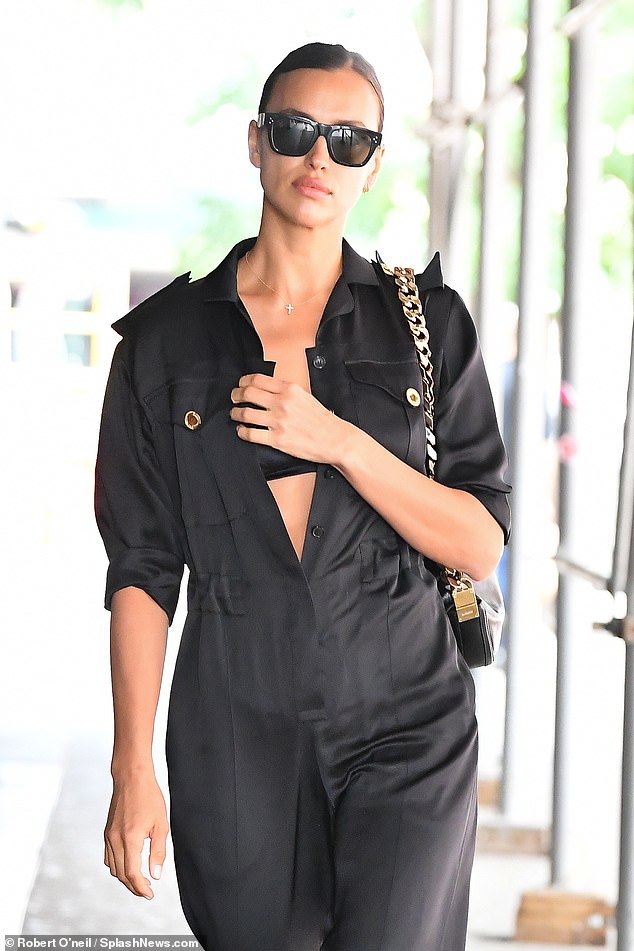 Peek-a-boob: The supermodel appeared to be covering up at one point as she sashayed down a NYC street

The new Mrs. West? Irina and Kanye have been sparking heating romance rumors for the past few months

Far from an odd pairing, Irina and Kanye are no strangers to one another, having been connected for more than a decade now.

Back in 2010, the Sports Illustrated cover star was a featured player in West’s Heaven-inspired Power music video, where she portrayed an angel. Specifically, Shayk sported a revealing gold getup and a pair of CGI angel wings.

Just two years later, the Russian-born beauty put her modeling skills to the test as she graced the runway for West’s Fall/Winter fashion collection at Paris Fashion Week. 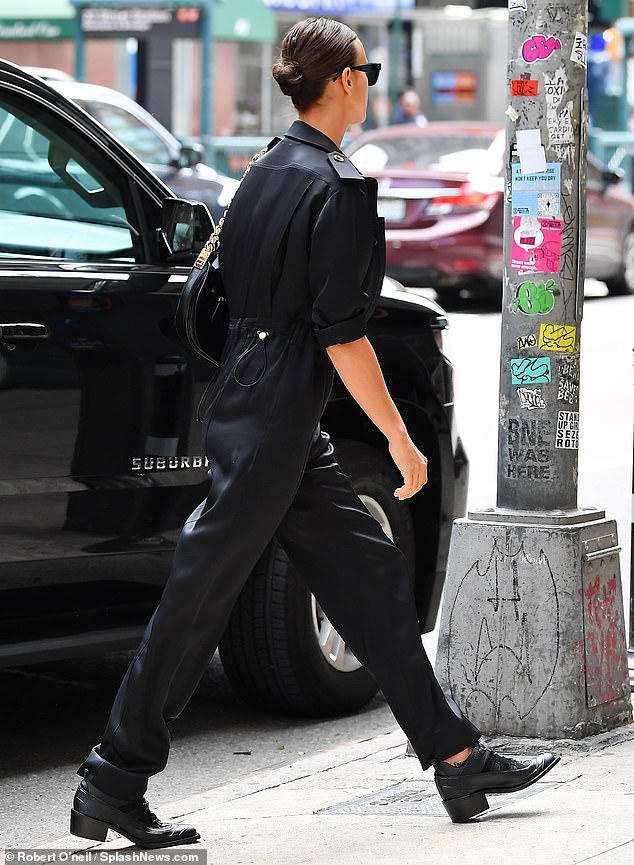 Ready for business: The mother-of-one looked sleek and chic with her wet hair scraped back

‘After further looking into this, I don’t know if “dating” is the right word, but there is perhaps some interest there.’

Seeming to double down on earlier ‘dating claims,’ another tipster insisted to DeuxMoi that Irina and Kanye ”Def dating.’

Another link between the pair occurred as recent as last month, with Irina having sported a DMX shirt designed by Kanye in collaboration with Balenciaga.

For England, a Six-Second Culture War and a 1-0 Win