Legend has it that Josephine Baker received more than 1,500 marriage proposals. In 1927, the famous dancer made more money than any other entertainer in Europe. She was just 20 years old when she performed with the world-famous Revue Negre cabaret show in Paris, Madrid and Berlin. Artists, actors and writers, including Pablo Picasso, Ernest Hemingway, Le Corbusier, Jean Gabin and Max Reinhardt were smitten. French writer and director Jean Cocteau raved about the “beautiful idol of brown steel, irony and gold!”

Born Freda Josephine McDonald to an American mother in 1906 in the slums of St. Louis, Missouri, Josephine Baker was an illegitimate child. Her father, a musician of Jewish descent, left the family when she was a child.

Josephine worked as a maid for a rich white family at a very young age to help support her family. When she was 11 years old, she witnessed the race riots in her hometown in which white mobs killed almost 100 African-Americans. That later influenced her work as a civil rights activist.

Baker would ultimately marry four times, the first time when she was 13. She married again two years later, another short-lived union. But she ended up keeping her second husband’s last name, Baker. 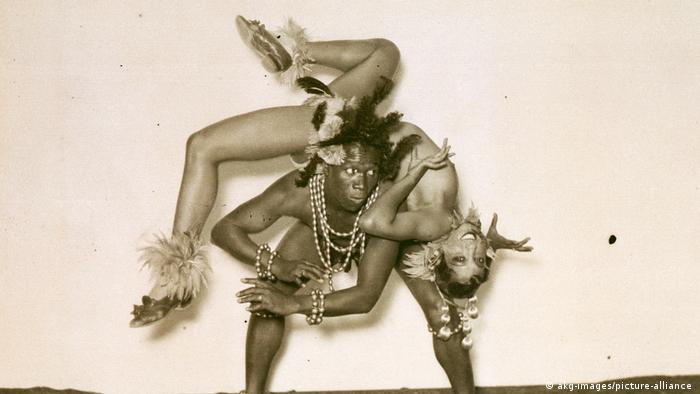 On tour with the Revue Negre

The teenager worked as an assistant for a vaudeville troupe, helping dress the members. When a dancer fell ill, she seized her chance and performed on stage with the troupe. She was ambitious and tenacious: at age 16, she danced as an understudy in a black musical, followed in 1922 by appearances in a successful show called Chocolate Dandies that also toured to Moscow and St. Petersburg. The show was her ticket to Broadway, followed by Europe only a short while later.

Wearing only a few feathers and a pearl necklace, she appeared in a cabaret program at the glamorous Theatre des Champs Elysees in Paris in 1925. Her sensual eroticism, her toned body and her legendary Charleston dance swept audiences off their feet. People especially loved her “danse sauvage,” in which she wore a short skirt made of 16 artificial bananas. Next stop: the famous Folies Bergere vaudeville theater, followed by a Europe tour with the Revue Negre that took the exotic dancer to capitals across Europe. 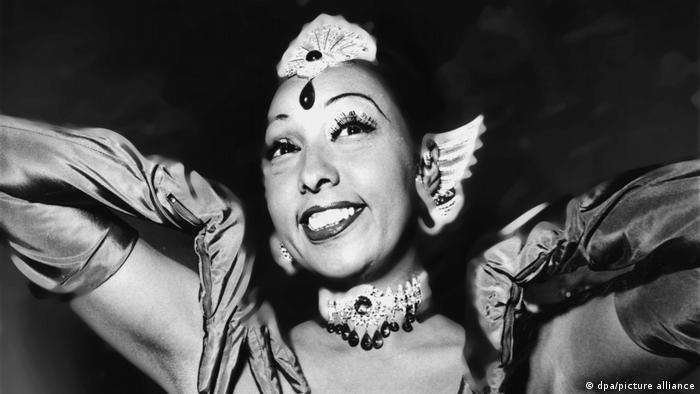 A ‘black Venus’ on stage

In an era of economic growth on a continent recovering from a devastating world war, Josephine Baker in Paris was very much a sex symbol, hyped as a “black Venus.” Admirers showered her with expensive gifts and vows of love. Unmoved, the diva had countless lovers, male and female. Crowds went wild where she showed up. In Munich, Germany, however, she was banned from performing due to the expected “violation of public decency.”

A celebrated star in Europe, she faced racist hostility during a tour in the US — after her shows she would have to leave the theaters via the service entrance.

In 1937, she married a French industrialist and became a French citizen.

Spy against the Nazis

The outbreak of World War II in 1939 and Nazi Germany’s occupation of France fundamentally changed the life of Josephine Baker forever.

At first she worked for the Red Cross and then became a spy for the French resistance movement. In her tour luggage, she smuggled letters and secret documents across the border. At the end of the war, General Charles De Gaulle, who would later become French president, awarded her the French Legion of Honor. 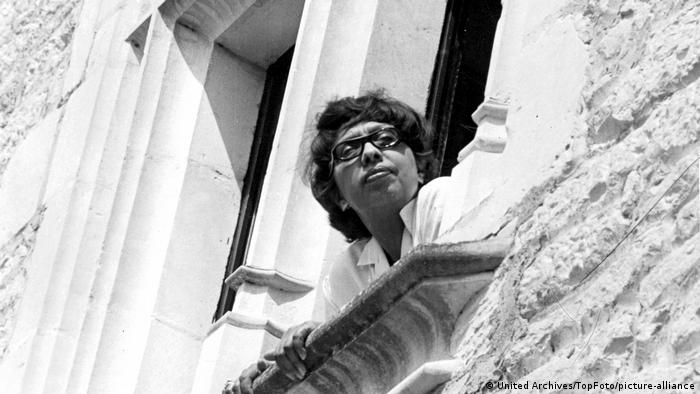 At home: Josephine Baker peering out of a window in her castle in 1964

Josephine Baker and her husband lived at Les Milandes, a 15th-century castle in southwestern France. It became home for the 12 children of completely different origins that she adopted over the years — her “rainbow family.” 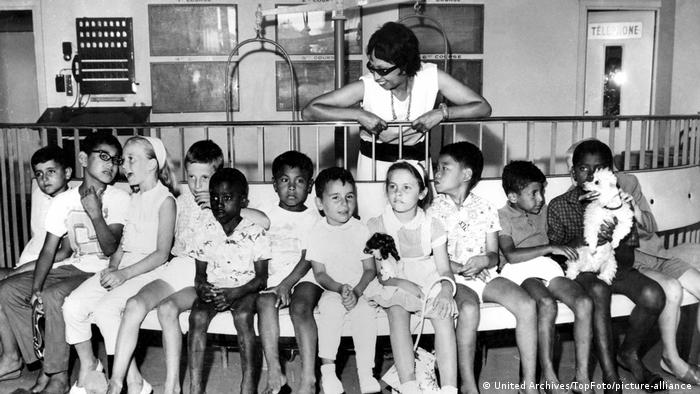 Baker herself toured constantly and was hardly ever at home. She left the rearing of her children to her husband and nannies. In 1963, she joined the legendary March on Washington, marching alongside Martin Luther King to protest racism in the US.

She led a luxurious life, yet in the end, Josephine Baker was heavily in debt. In May 1968, her estate was foreclosed. By then, her then-husband had long since left her. Her friend, Monaco’s Princess Gracia Patricia, otherwise known as Grace Kelly, ensured that Baker’s children would be provided for by the Red Cross in the small principality. 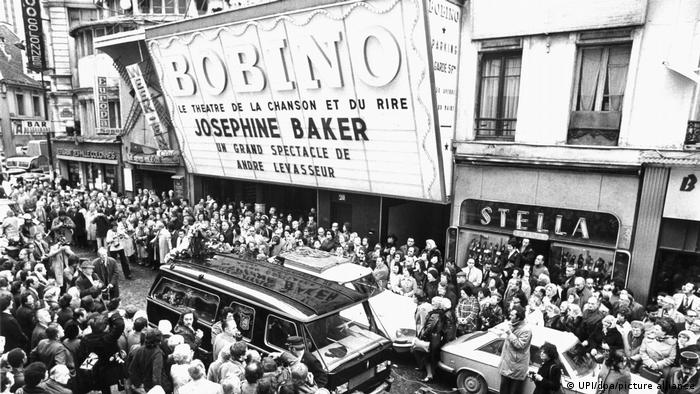 In 1973, Baker staged a comeback at New York’s Carnegie Hall, and a legendary show two years later at the Bobino Theater in Paris garnered her headlines once again. But the aging diva could not live up to her earlier successes. On April 12, 1975, she died of heart failure at the age of 68. Her role as an Allied spy and mother of 12 may not be as well-known, but her fame as a dancer has outlived her to this day.

This article was adapted from German by Dagmar Breitenbach.

Riley June Williams had been trying to sell the information to Russia, an ex-partner told

In no way our closest cooperation and partnership with India is going to be affected:

Melania Trump conveyed condolences to the familiesof the COVID-19 victims Washington: Days after the US

How SafetyPIN Can Keep Your Family Safe

On Maharana Pratap’s Death Anniversary, Read About His Most Famous Battle with Akbar at Haldighati

Higher inflation is coming and it will hit bondholders

Salman Khan confirms a theatrical release for Radhe: Your Most Wanted Bhai on Eid : Bollywood News