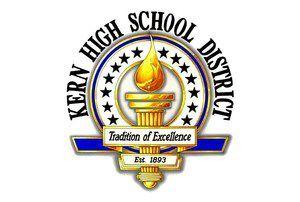 Finals just wrapped up in the Kern High School District this week, but it won’t be a long break for many. Summer school kicks off on Monday, and there will be more students and teachers than in recent memory.

A big reason that summer school has been expanded is to help students who got off track this year. Seniors who need courses to graduate and those who struggled with distance learning have been targeted by staff to come back for summer school, said Brenda Lewis, associate superintendent of the Instruction Division.

“If they’ve been in distance learning for 18 months, they are probably a little bit fatigued,” Lewis told trustees at this week’s board meeting. “The point schools are trying to make is to get students back in for remediation and getting them acclimated to the school sites.”

Lewis told the trustees at their meeting this week that they have hired 804 teachers and are expecting 20,293 students. That’s about half the student population during the regular year.

Those numbers could fluctuate once summer school actually begins, but that’s a high-water mark for the district. Last year when summer school was held entirely virtually, 7,809 students attended.

A better comparison might be to pre-pandemic numbers: this year the district is expecting 4,168 more students and had hired 363 more teachers than the 2019 summer session.

“We all think they’re burned out and that’s probably true to some extent but it’s encouraging to see the numbers that are coming in,” she said.

All of this will be paid for by extra funding from the state. There is the money from the general fund that typically pays for summer school. But at a special board meeting on May 27, trustees approved the application for a grant that would help pay for summer school. Many other districts are using these grants in a similar way.

The state is offering what is called Expanded Learning Opportunities Grants to school districts. KHSD has been allocated $32 million, and some of that will go to pay for extra sections for this year and next year’s summer school. It will also be used throughout the regular school year to offer extra courses during zero period and eighth period as well as other services to students like tutoring.

“There’s a lot of talk of addressing the COVID learning gap and this ELO grant is critical to addressing some of those impacts,” said board president Jeff Flores.

Summer school isn’t just for recovery. There are bridge programs for incoming freshmen and AP students as well as programs for special education students and students who need help with study skills.

Lewis said the district also has a slew of electives available, which offer an antidote to a long year in front of a computer screen, such as beginning art, digital photography and percussion.

“They’re targeting students who are deficient in credits, who need to catch up, but also the beauty of electives is that if students are tired of being cooped up I think that’s a benefit,” she said.

None of KHSD’s offerings are available virtually with the exception of APEX, which is a self-paced program. Other districts like Bakersfield City School District are still offering both virtual and in-person summer school.

In-person learning still has some challenges. Lewis said it’s tough trying to fit all the students who want to take a class in one room under current state COVID protocols. But she said the district is hopeful that there might be some loosening of restrictions in the classroom on June 15, which is the second day of summer school.

That is the day when California agencies are expected to loosen some restrictions, such as when and where face masks are to be worn. If guidelines change, she said some wait-listed students might be allowed into classes.

Country’s fixed Internet improves, but Brazil is still only world’s 49th in speed

Why a Tree Is the Friend We Need Right Now

Married lover says right things, but I have doubts