Paris Saint-Germain have been dealt a blow with superstar Kylian Mbappe set to only be fit enough to start on the bench against Manchester City, reports say.

There were question marks over the availability of the 22-year-old due to a calf problem as PSG look to pull off a memorable Champions League comeback.

And now, as claimed by Telefoot in France, Mbappe will not be able to line up from the off in the crunch semi-final showdown at the Etihad tonight. 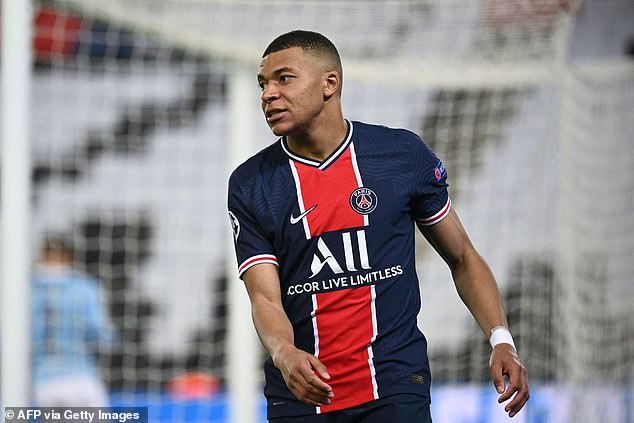 It was revealed on Monday that Mbappe travelled with his team-mates to Manchester despite Mauricio Pochettino indicating he was initially a doubt.

The mercurial ace was not risked at the weekend for the 2-1 victory against Lens in Ligue 1 and the move looks to have partially paid off.

Mbappe returned to individual training on Monday night as he looks to build back towards being match ready – and also underwent some drills on the Etihad pitch.

However, as a result of the uncertain nature of his issue, it was widely understood that the club would wait until this evening to decide on Mbappe’s role.

PSG looked to have taken the necessary precautions during their session at the venue for their date with destiny.

According to journalist Saber Desfarges, Mbappe was seen training ‘to one side’ as a result of him still feeling discomfort in his calf. 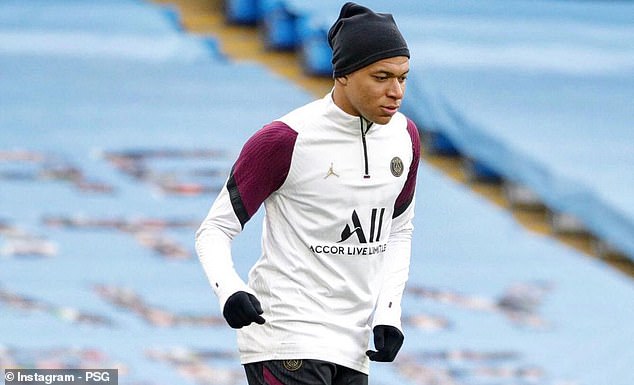 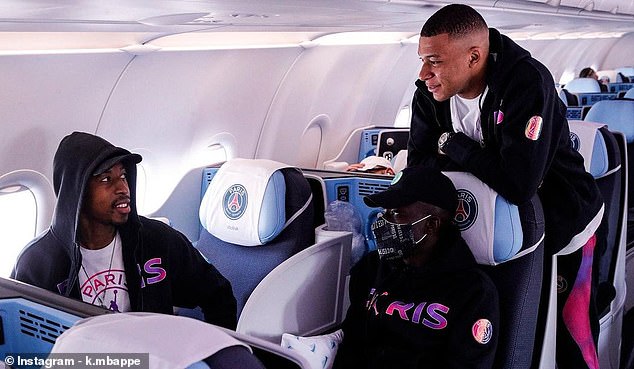 The same post went on to claim that fielding the talent may risk ruling him out ‘for the rest of the season’.

Despite the former Monaco man being named in the squad, it is a major setback for PSG that he is unable to start for the return leg of the final-four tie.

Mbappe has scored 37 goals this season, including eight in the Champions League, and will hope to play a part in PSG reaching the final for the second year running.

They will have to do it the hard way, however, after goals from Kevin de Bruyne and Riyad Mahrez saw City leave the Parc des Princes with the advantage. 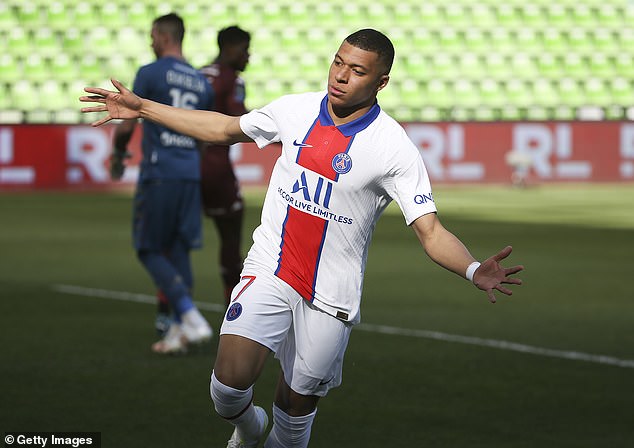 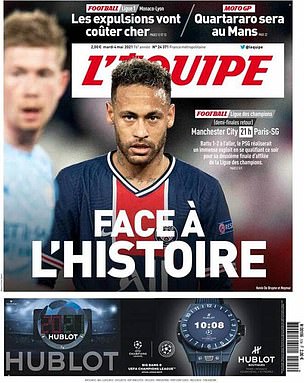 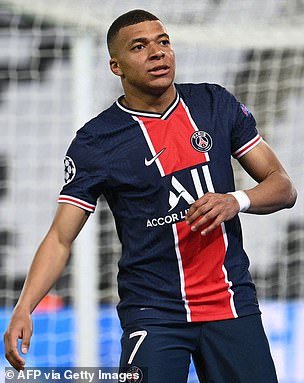 The press in France highlighted the sheer magnitude of the fixture in their print editions this morning and declared they were ‘facing history’.

L’Equipe offered PSG a number of tips on how to exploit City’s weaknesses – including making the most of corners and targeting Joao Cancelo.

City boss Pep Guardiola has urged his team to ‘stay calm’ for the second leg – and fully believed Mbappe was going to play.

‘He’s going to play,’ Guardiola said. ‘And I’m looking forward to him playing.’

Essential California: Ditch the mask? Not so fast