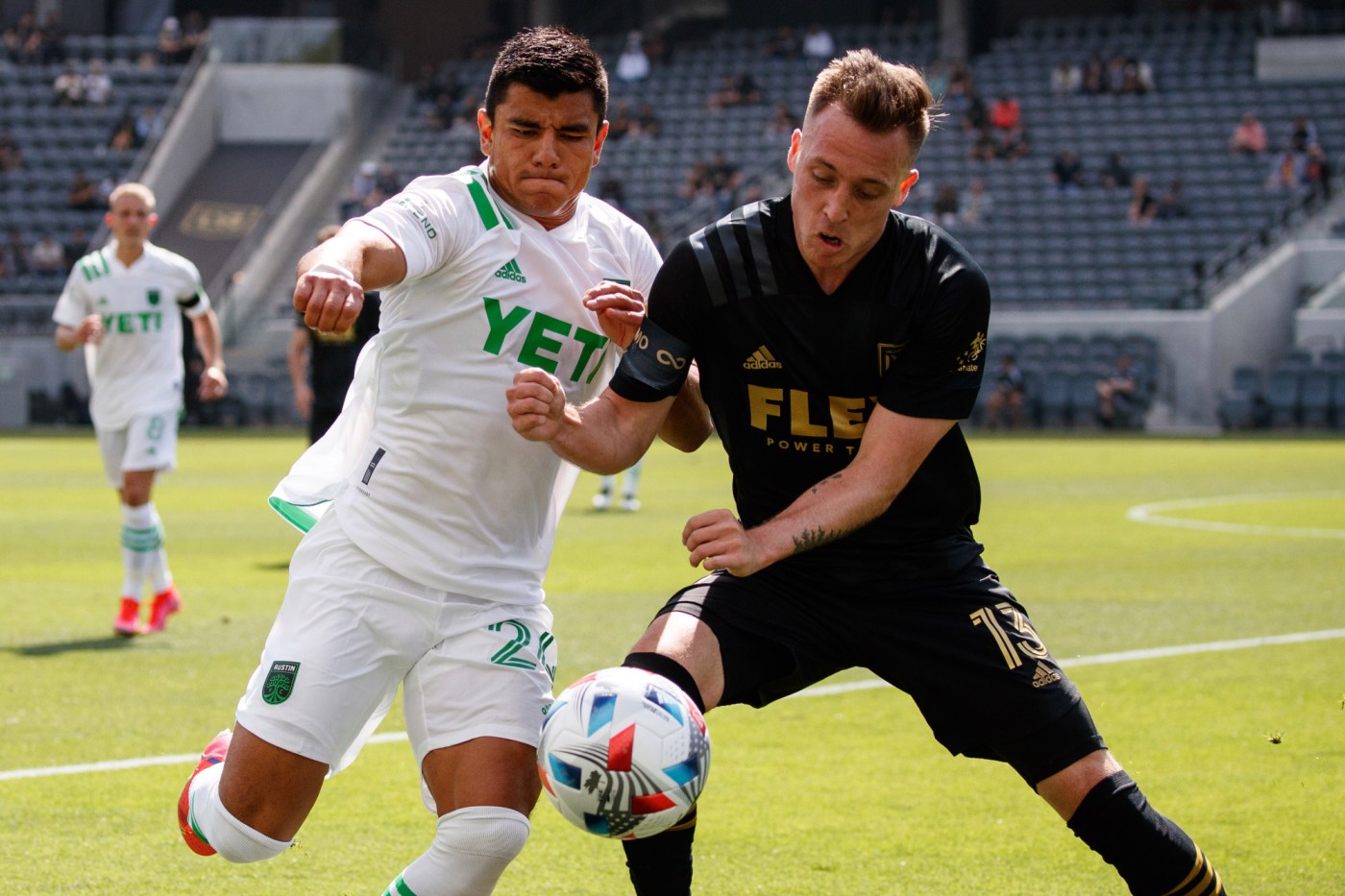 No Carlos Vela. No Diego Rossi. No problem.

The Los Angeles Football Club kicked off its fourth Major League Soccer season Saturday in familiar fashion, earning a 2-0 victory against expansion side Austin FC at Banc of California Stadium.

LAFC newcomer Corey Baird’s goal an hour into the match held up as the game winner.

Midfielder Jose Cifuentes tapped in an insurance goal after the 90th minute.

Missing Rossi, who was held out of action Saturday due to a strained left hamstring, LAFC’s attack at the start featured Vela alongside Baird and Danny Musosvki.

In the 22nd minute, Vela was removed after awkwardly lunging at the ball with his right leg while attempting to connect on a pass near the Austin goal.

The LAFC captain signaled to the bench that he needed medical attention and gingerly walked off the pitch under his own power.

Baird, acquired in an offseason trade with Real Salt Lake, put LAFC (1-0-0) on the board with a one-time shot from a pass by Musovski that curled low and hard beyond the reach of Austin goalkeeper Brad Stuver.

LAFC hosts the Seattle Sounders next Saturday at Banc of California Stadium.