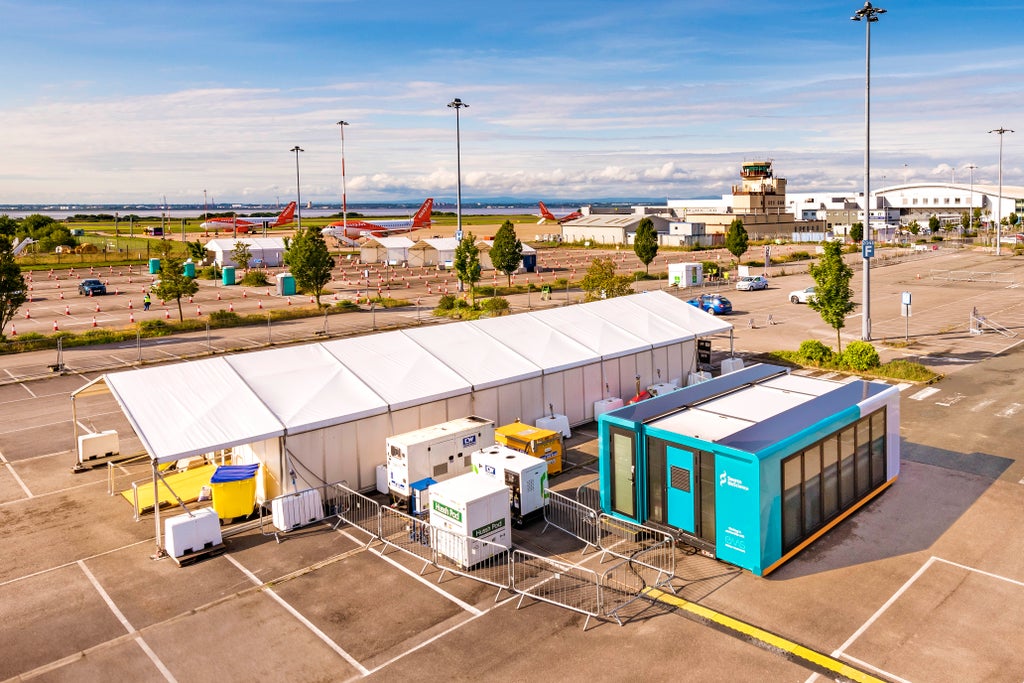 The onsite laboratory offers passengers a “Fit to Fly” testing service with a three-hour turnaround, in addition to standard 24-hour testing.

It aims to eradicate “unclear” and lost test results and has been designed to perform 500 tests per day, but can be increased to handle 1,000 tests or more.

In a statement, airport commercial director Lucy O’Shaughnessy said: “Liverpool John Lennon airport can now provide our airline passengers with a state-of-the-art Covid testing facility on site as we start to resume our flight schedules and have more passengers flying again.

The news comes as bosses from Gatwick and Heathrow Airports call on the government to scrap testing for double vaccinated travellers.

The aviation chief cited new figures released from Airports Council International (ACI) Europe which reveal that travel bookings in the UK are around 30 per cent of pre-Covid levels, compared with around 60 per cent in Europe.

“With vaccination rates across Europe comparable, if not better than the UK’s, the time has come for testing to be removed altogether for travellers who have been double jabbed,” he said in a statement.

“Our continued travel restrictions are out of step with much of Europe and continue to have a real impact on jobs and livelihoods, business and growth opportunities while also keeping friends and family apart.”

Elsewhere, officials at Heathrow Airport have also called for all testing for double jabbed travellers to be abandoned as it struggles to recover from business lost to the Covid-19 pandemic.

New figures announced by the transport hub reveal that it has gone from being the busiest airport in Europe in 2019 to number 10 in the rankings, with competitors Paris, Frankfurt and Amsterdam’s Schiphol recovering at a much faster pace.

In a statement, it describes the current traffic light system as an “outlier” that is “delaying the government’s Global Britain ambitions, handing rivals a competitive advantage while the UK loses market share.”

Heathrow chief executive John Holland-Kaye said: ‘The government has the tools to protect the UK’s international competitiveness which will boost the economic recovery and achieve its ‘global Britain’ ambitions.

“If ministers fail to take this opportunity to streamline the travel rules then the UK will fall further behind as trade and tourists will increasingly bypass the UK.”

1 Dead, 12 Injured In US Supermarket Shooting

One person was killed in shooting incident at a supermarket near Memphis, Tennessee. Washington, United

At the height of the last Ice Age, generations of children and teenagers ambled barefoot

Haitian Migrants, Rebuffed by U.S., Cause Crisis for Mexico

MEXICO CITY—The unprecedented wave of Haitian migrants at the U.S. southern border is causing a

European Union To Decide On Covid Booster Shot Next Month

EU: Only Pfizer and Moderna are so far approved for use in children aged 12

These zodiac signs prefer working from home over going to office