Jennifer Hudson in custom AZFactory, honoring the late designer Alber Elbaz who died unexpectedly of Covid earlier this year. He learned his craft partly in New York as the assistant of Geoffrey Beene, and had started his new line just before he got sick. He would have loved this.

Iman made an entrance with a bristly chandelier dress and statement headpiece. 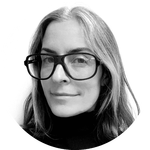 When asked about her long nails, rapper Saweetee said, “Girls who have long nails have more fun.” That’s a fact.

The Met Gala’s vaccine requirement has become reason for some celebrities not to attend.

On Monday evening, the rapper Nicki Minaj tweeted that she had yet to receive the vaccine and would not be going to the gala as a result.

“They want you to get vaccinated for the Met. if I get vaccinated it won’t for the Met,” she tweeted on Monday, just around the time guests began arriving at the museum. She encouraged those attending to “be safe” and wear a mask with a good seal.

Invited guests were told they would be required to show proof of vaccination, receive a negative Covid-19 test and wear a mask at all times unless eating. (That last part hasn’t seemed to apply to the red — er, beige — carpet, where there have been more naked mouths photographed than masked faces.)

Since vaccines became widely available in the United States, the famous and inoculated have served as ambassadors — official and not — for getting vaccinated, which provides strong, safe protection against Covid-19.

Dolly Parton, whose funding helped support the research that led to the Moderna vaccine, posted on Twitter shortly after receiving a shot in March: “Dolly gets a dose of her own medicine.” She appealed to people who might be hesitant. “I just want to say to all of you cowards out there: Don’t be such a chicken squat,” she said in a video on social media. “Get out there and get your shot.”

In July, President Biden invited the 18-year-old pop star Olivia Rodrigo to the White House for a news conference in which she encouraged young people to get vaccinated. Joining a White House campaign to reach the unvaccinated, she said it was “easier than ever before” to get the shots.

Gossip Girl’s Evan Mock showed up in a bold, punk black mask with spikes. The look was vintage Thom Browne.

Lil Nas X arrived with not one, not two, but three shimmery gold looks. The singer started with an oversized cape, which he stripped off to reveal gold Versace armor, and then ended with an ornate jumpsuit.

Georgina Chapman, the ex-wife of Harvey Weinstein and former designer of Marchesa, who has been out of the public eye since her husband’s crimes against women were revealed, has arrived with actor Adrian Brody. That’s a big stepping out moment.

We spoke to Oscar de la Renta’s designers about dressing Billie Eilish in a “risky” ball gown — and her condition that the brand stop using fur.

We spoke to Ella Emhoff earlier today about why she picked a bright red Adidas by Stella McCartney look for her first Met Gala appearance.

Amanda Gorman is wearing Vera Wang, a royal blue gown studded with thousands of crystals that is symbolic of a “reimagined Statue of Liberty.” She was also carrying a clutch that looked like a book. (The title: “Give Us Your Tired.”)

This year’s Met Gala hosts, Amanda Gorman, Timothée Chalamet, Naomi Osaka and Billie Eilish, are a Gen-Z force, all under the age of 26.

Timothée Chalamet went live on Instagram for his walk to The Met. Some lucky fans were able to snap selfies with the star and co-host. 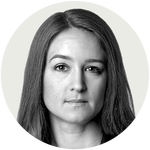 Representative Carolyn Maloney of New York arrived in a dress with streaming epaulets bearing the message “Equal Rights for Women” and a matching bag advocating for the passage of the Equal Rights Amendment.

The last time the world had a Met Gala was in 2019, and the theme was “Camp: Notes on Fashion.”

Aside from a place children go in the summer, camp — according to the Merriam-Webster dictionary — is “a style or mode of personal or creative expression that is absurdly exaggerated and often fuses elements of high and popular culture.”

To no one’s surprise, the Met Gala-going crowd took that concept in many directions.

Lady Gaga, a known ​​camp connoisseur and a host of 2019’s Met Gala, donned not one but four different outfits. She arrived in a fuchsia gown with an exaggerated train; removed it to reveal an asymmetrical black dress; removed that to reveal a hot pink form-fitting dress; and finally, stripped down to a sparkly black bra and panties. All the outfits were designed by Brandon Maxwell, a former fashion director of Ms. Gaga’s. Predictably, the look was also memed.

Cardi B also hopped on the long train cause with a custom Thom Browne feathery red gown that encircled her (and would have certainly forced social distance, though we weren’t using that term much back then).

Jared Leto walked in carrying a lifelike model of his own head, a reference to Gucci’s 2018 fall fashion show in Milan, where runway models also held copies of their own heads. Billy Porter channeled the Egyptian sun god, Ra, with 10-foot long wings, a gold headpiece and a catsuit. Katy Perry dressed like a chandelier with a headpiece that weighed 40 pounds.

When asked she would sit, she responded, “you don’t sit down at the Met.”

Anna Wintour, honorary chairman of the gala and longtime maestro of the event, makes her entrance wearing, she told us earlier this week, “an homage to my dear friend Oscar de la Renta,” the designer who passed away in 2014.

Keke Palmer is wearing a sparkly Sergio Hudson dress with a turtleneck. I am never mad about a turtleneck on a gown.

The Brooklyn United marching band, dressed in red, white and blue, ran up the red carpet, kicking things off with a lot of energy.

I’m always on Timmy Watch in some capacity. But yes, very excited to see what fashion he brings this evening. He never disappoints on the red carpet. 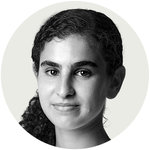 The red carpet streams are live, and Timmy Watch 2021 has officially begun.

This year, the Met Gala has downsized its guest list by about a third to allow for social distancing (at least during the seated dinner portion). Attendees will have to show proof of vaccination, receive a negative Covid-19 test result and wear masks at the event, except while eating. We’ll have to see whether that rule is enforced on the red carpet. (Judging from the recent New York Fashion Week, celebrities hate having their faces covered when photographers are in the vicinity.)

E! network will also be doing its thing, with a televised fashion panel opining on the night’s looks from a studio location. (That starts at 5:30 as well.) Cord cutters can stream content, too, on Twitter, eonline.com and the E! News app.

To make up for a Met Gala-less 2020, the Costume Institute of the Metropolitan Museum of Art and Vogue are staging two Met Galas in the next nine months, both corresponding with exhibits around the theme of American fashion. The first is tonight; the second will be in May 2022.

The dress code for Monday night’s gala is “American Independence.” So, prepare for lots of red carpet looks by American brands, plus maybe some star-spangled skirts and Statues of Liberty on the red carpet. (No one ever said dress code interpretation was subtle.)

If you want the full rundown of what to expect tonight, read our explainer here. And for more on what “American fashion” means now, read this.

We’ll take (back) Manhattan: Why I’m hopeful for an autumn reunion with my city soulmate, New York

‘Missing White Woman Syndrome’: Which victims make headlines and why?