Met Gala 2021: The most controversial themes from China to Catholicism 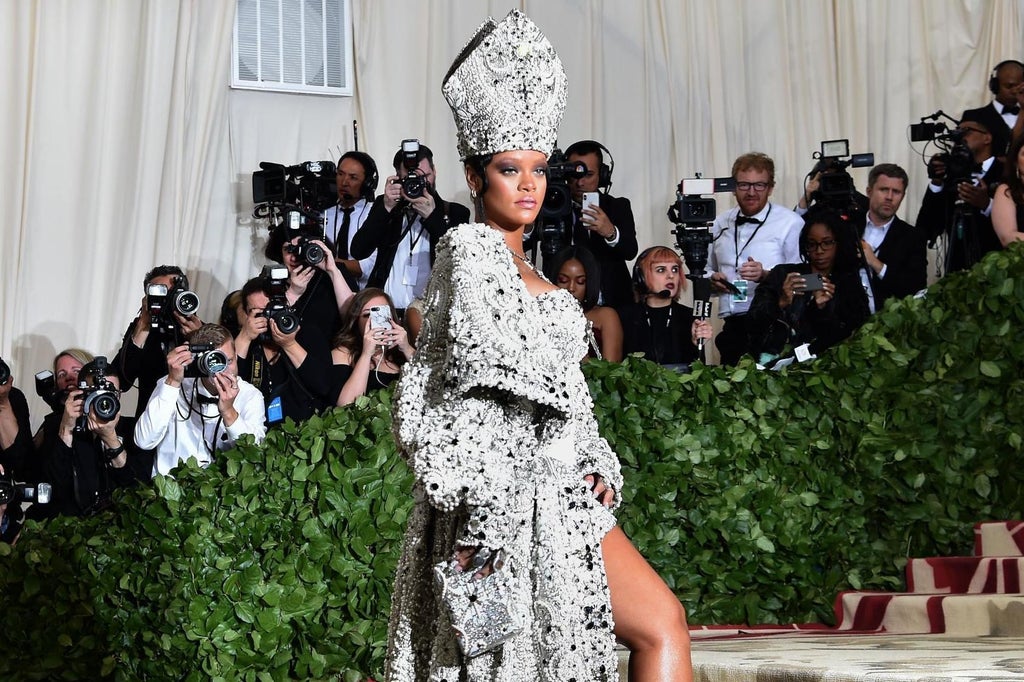 The first Monday in May marks one of the most momentous events in the fashion calendar – the Met Gala.

Held at the Metropolitan Museum of Art’s Costume Institute, the annual event is always set to a theme to reflect the museum’s annual blockbuster fashion exhibition.

Last year’s event was cancelled due to the pandemic. However, the exhibition and gala will go ahead for this year in two parts, with the first taking place on Monday 13 September.

The last Met Gala was in 2019 with the theme “Camp: Notes on Fashion” and was co-chaired by Lady Gaga, Harry Styles, Serena Williams and Gucci’s Alessandro Michele.

The exhibition, put together by the Costume Institute’s head curator Andrew Bolton and entrepreneur Wendy Yu, was framed around Susan Sontag’s 1964 essay titled Notes on “Camp” which describes the concept as a “love of the unnatural: of artifice and exaggeration… style at the expense of content”.

In the past, the glamorous event has seen its fair share of controversies.

One of few events where celebrities are encouraged to push the boundaries of fashion, each year the Gala inevitably results in polemic discussions surrounding its choice of theme and its sartorial interpretation by A-listers.

Here, we take a look at some of the most notorious themes from the Met Gala over the years.

A theme that was designed to examine punk’s impact on high fashion since its inception in the early 1970s, “Punk: Chaos” saw stars step out in their edgiest, haute couture looks.

Tapping into punk’s visual symbols, guests were encouraged to throw out the rule book resulting in a series of ensembles that seemingly ignored the boundaries of what the fashion industry deems “in vogue”.

Miley Cyrus presented one of the most showstopping looks of the night, wearing a Marc Jacobs mesh dress paired with spiked hair while Madonna captured the chaos of the movement in a custom Ricardo Tisci blazer dress worn with fishnet tights, black leather gloves and a blunt black wig.

Speaking at the time about why punk was such a bold theme for the Met Gala, designer Tommy Hilfiger said the genre has a “unique culture and distinct style” that’s admired by so many in fashion industry.

“Music of all genres has always been a central influence in my designs,” he said.

“I tend to gravitate more toward classic American rock, but I listen to and love punk rock albums from The Ramones and Blondie.”

China: Through the Looking Glass, 2015

In 2015, the Met Gala chose to celebrate China’s influence on Western fashion with a theme fit for an emperor.

The exhibition was a joint effort between the head of the museum’s Department of Asian Art and the Costume Institute, showing looks from Chanel, Alexander McQueen, and Christian Dior Haute Couture.

However, the announcement was famously met with mixed reactions with many accusing the event of cultural appropriation.

On the red carpet, celebrities dressed in oriental-inspired outfits that nodded to Asian culture but many people took issue with the fact that hardly any guests chose to wear garments made by Chinese designers.

“This is all hugely deviating from Chinese culture. These crooked nut stars are simply throwing on macabre and passing them off as oriental,” one person wrote on Twitter.

The only major celebrity seen to be wearing a gown created by a Chinese designer was singer Rihanna, who wore a now-iconic gold floor length robe created by Guo Pei.

In response to the controversy, Bolton acknowledged said: “What I wanted to show was that China has been quite complicit in the images Western culture has formulated.

“There’s a complexity behind that, and that was interesting.”

Despite the controversy, The New York Times reported that “China: Through the Looking Glass” became the “fifth-most-visited exhibition” in its history.

2018’s divine theme was arguably the Met Gala’s most controversial yet.

Titled “Heavenly Bodies: Fashion & The Catholic Imagination”, the theme was met with some raised eyebrows due to its religious link.

Bolton said the decision to examine Catholic dress came after he explored the relationship between religion and fashion for five years. He was originally intending to look at Islam, Buddhism, Hinduism, and Judaism, as well as Catholicism but said the breadth of subject matter proved to be too much for one show.

On the night, guests wore everything from jewelled crucifixes to halos, while Rihanna donned a mitre and gown inspired by Papal opulence and Katy Perry sported a pair of angel wings.

While the Vatican supported the exhibit, lending more than 40 pieces from the Sistine Chapel sacristy, including opulent papal robes, precious rings and tiaras from the 18th to 21st century, others weren’t as forgiving.

“My religion is not your Met Gala outfit” one person wrote on Twitter, while others accused the guests of cultural appropriation.

Writing for the Daily Mail, Piers Morgan weighed in on the topic suggesting that the Met Gala had “crossed a line and was openly, brazenly disrespectful.”

“Everyone knows they’d have never dared do it to Islam or Judaism,” he added.

Whoever Will Be German Chancellor, Will Have Close Ties With India: Envoy

Whoever Will Be German Chancellor, Will Have Close Ties With India: Envoy New Delhi: A

Myanmar has been in crisis since the army seized power on February 1. (File) Myanmar’s

A British warship was sailing through the Taiwan Strait, the Royal Navy said. (Representational) Taipei:

The first things men notice about you

Whoever Will Be German Chancellor, Will Have Close Ties With India: Envoy