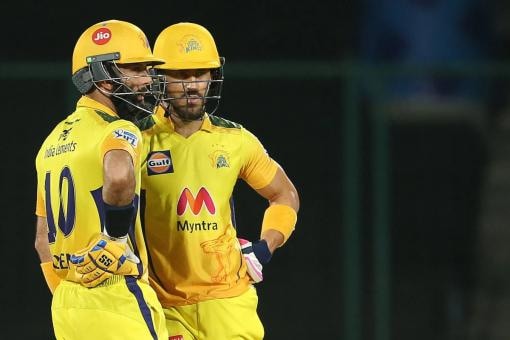 Together, Mumbai Indians and Chennai Super Kings have won eight IPL trophies. They have been the two most dominating teams in the T20 league’s history. There was a time when CSK were the undisputed behemoth before MI slowly began expanding their fangs and eventually took over as the new leaders.

To CSK’s three titles, MI have five and are the two-time defending champions, aiming to become the first ever team in IPL history to complete a hat-trick of titles. The MS Dhoni-led CSK were a pale shadow of their past selves last season even as MI bulldozed their way to a record-extending fifth trophy in UAE.

However, things are slightly different this season. MI have had a mixed start so far but CSK are on a winning spree since losing their first match of IPL 2021. But ahead of their latest meeting, Rohit Sharma’s men have secured a morale-boosting win setting the stage for what promises to be a tasty clash.

MI have won three matches and lost as many.  They have a power-packed batting line-up which gives an impression of a fine balance of elegance and brute-force. However, neither has fired consistently or in unison barring against Rajasthan Royals in what was their sixth match of the season. Time and again, it’s their bowling that has come to the rescue. Against Kolkata Knight Riders and Sunrisers Hyderabad it was the bowlers who put up a strong show in defense of what were below-par totals. Their Achilles’ Heel is an open secret.

What is encouraging is that against RR the batters seemed to have found some rhythm. Right from opener Quinton de Kock to Krunal Pandya and Kieron Pollard  – they were among the runs. MI will be hoping it’s not just a one-off performance.

Head and shoulders above everyone has been Dhoni’s Yellow brigade. Their openers are firing. Bowlers are consistently chipping in. An area of concern, if any, is their middle-order which heavily relies on Suresh Raina and Ambati Rayudu who in turn is having an off-season. His return to form is crucial if CSK want to avoid a batting collapse should the openers misfire.

Deepak Chahar’s form with the new ball has been their primary weapon while others have rallied around him to keep the opposition batters from exploding. The contest against KKR was an exception though but they had more than enough runs on the board and Chahar had caused major damage with the new ball. The big question is: Can CSK maintain this level?

MI have shifted base to Delhi for the latest leg of their season where batting has been much easier than in Chennai. Jayant Yadav was brought into the playing 11 keeping in mind the turning pitch down South. Up North, the conditions are slightly better for batters. Will Jayant, who bowled four wicketless overs for 37 runs against RR, be swapped for extra-fire power in batting?

CSK are a team that don’t believe in lot of changes. Expect them to field an unchanged 11.

Their last-five meetings (Most recent first)

To Watch Out For

Suryakumar Yadav has been in sublime touch but has one fifty to show for. He’s regularly got the starts but hasn’t managed to convert them into a big total. While 170 runs, he’s MI’s second-highest run-getter so far but the form he’s in, should have a lot more.

Keeping the dressing room atmosphere healthy is important. It’s not an easy thing. When you’re at the top level you want to play. Have to give extra credit to the players who’ve not played so far – CSK Captain Dhoni

When and Where to Watch Online, TV Telecast, Team News