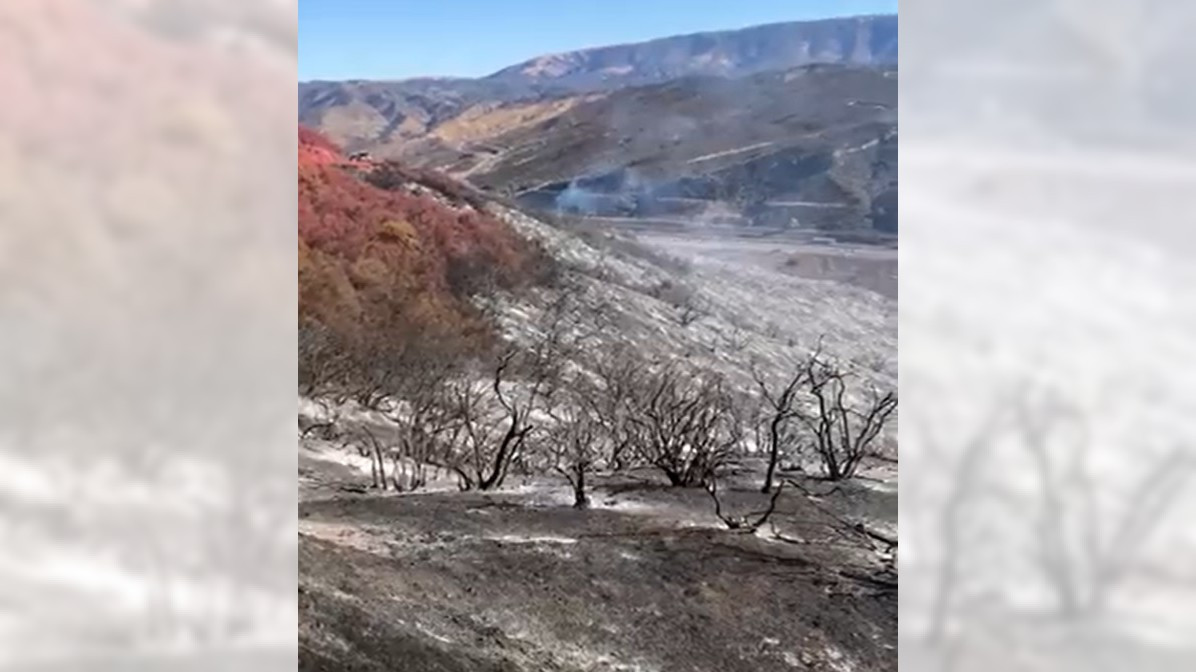 Nearly all lanes of the 5 Freeway near Castaic reopened Sunday, Sept. 12, as firefighters made progress on a wildfire that jumped across the road and spread across dry hillsides.

The Route fire broke out along the freeway near Templin Highway Saturday afternoon. Winds of 10-15mph (16-24 kph) drove the blaze through tinder-dry brush and across the busy freeway.

It had charred 454 acres as of Sunday morning.

The California Highway Patrol closed a stretch of the interstate for several hours as air tankers dropped bright-orange retardant on the fire. It remained uncontained Sunday morning, with smoke and heat still rising from scorched earth near the roadway, said Andrew Mitchell, a spokesman for the Angeles National Forest.

|#RouteFire| The Route Fire Operations Chief gives an update on the status of the fire. pic.twitter.com/PQP2ZJ1BVQ

But firefighters working in mountainous terrain made progress overnight with the help of water-dropping aircraft and bulldozers digging barriers to block the spread of flames, Mitchell said. They were focusing their efforts on the northwest portion of the fire, and planned to take advantage of the beginning of a cooling trend Sunday to reinforce containment lines.

Two firefighters were taken to the hospital to treat burn injuries, Mitchell said.

The cause of the fire is under investigation.

Do I need an op for a ‘gurgling’ hernia? DR MARTIN SCURR answers your health questions

iQoo Z5 5G launched in India: Here’s all you need to know