Navya Naveli Nanda’s social media is a treat for her fans. The granddaughter of Amitabh Bachchan has a very calm and poised demeanour, which has made her a favourite among her followers. On Friday, Navya shared photos on her Instagram account, which have left her fans and friends in awe. The photos are a sneak-peek of her Friday evening with her friends Shanaya Kapoor and Khushi Kapoor. The trio met up to celebrate their common friend Gauri Kanade’s birthday.

One of the photos showed Navya in her candid-self while another featured her with Khushi Kapoor. In the photo, Navya is seen hugging Khushi and the two are smiling for the camera. As soon as Navya shared the post, Shweta Bachchan commented, “Love these.” Khushi called Navya her “partner.” Maheep called them “beauty.” Even Navya’s followers admired the photos. “Your smile is precious,” complimented a fan, while another wrote, “Too pretty.” 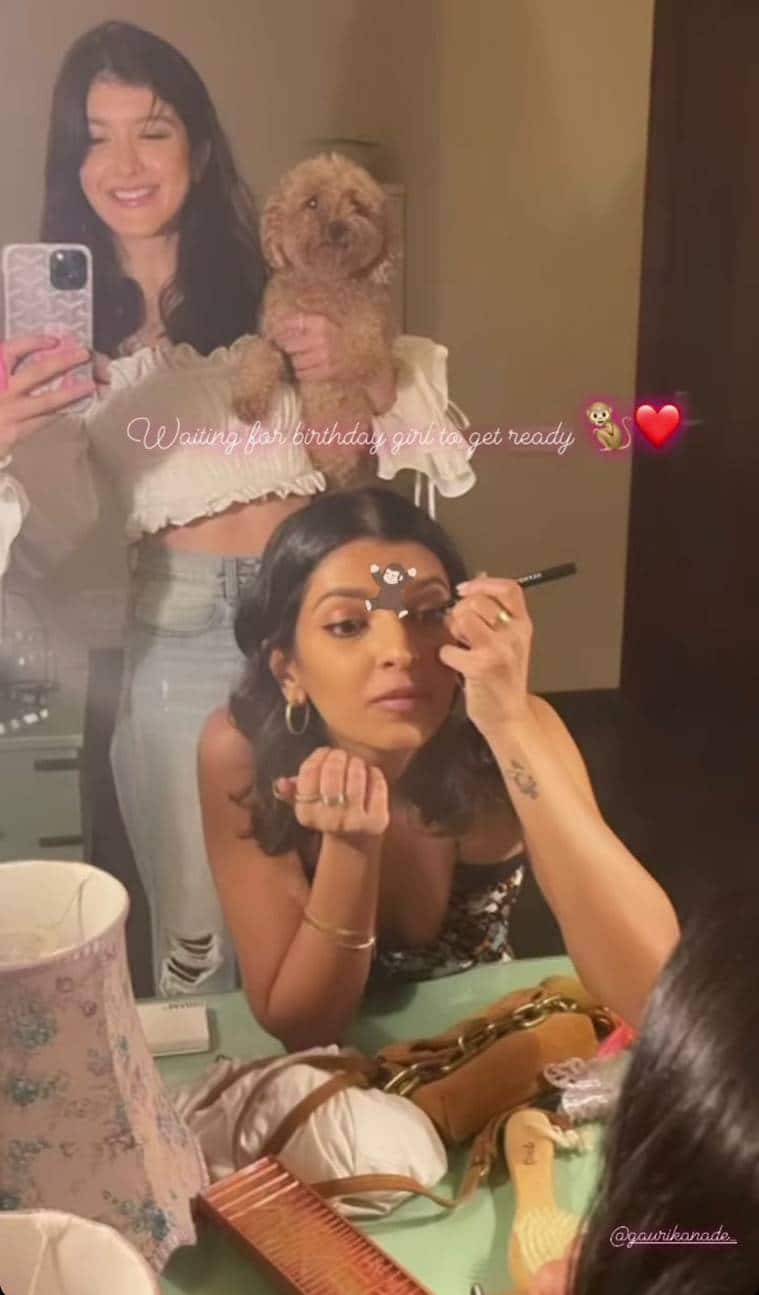 Another candid photo of Shanaya and Gauri. (Photo: Shanaya Kapoor/Instagram) 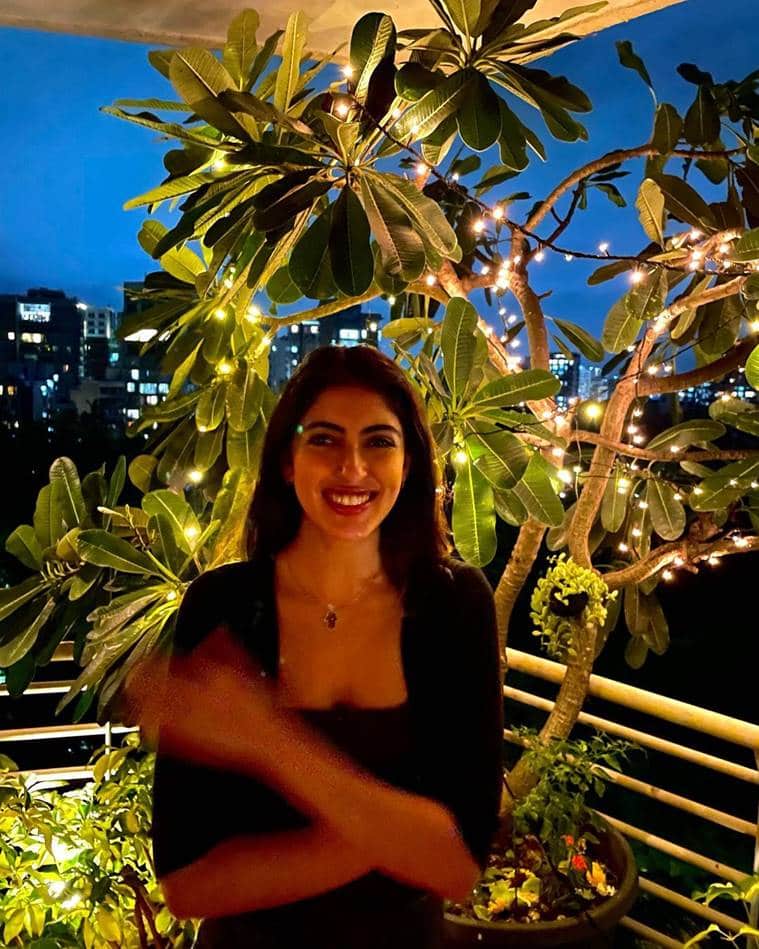 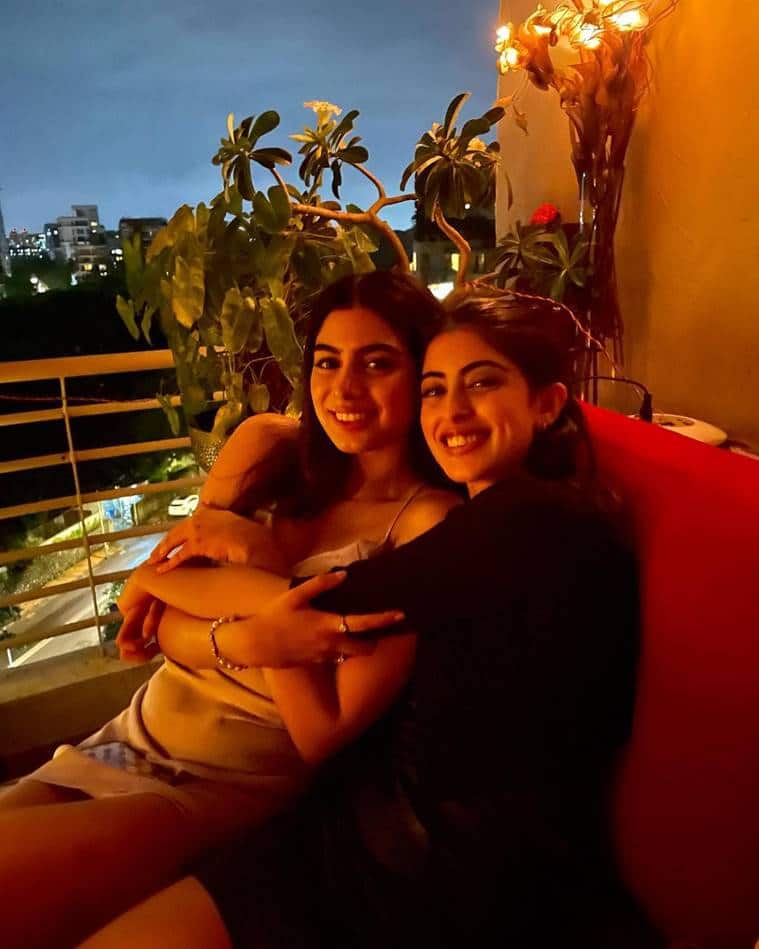 Time and again Navya has expressed that she has no interest to carry forward the legacy of her grandfather by becoming a part of the showbiz. Earlier this year, she had shut a fan with a befitting reply when he called her “pretty” and suggested she should try her luck in Bollywood.

“U r beautiful , you should try in bollywood too,” the fan’s comment read, to which Navya replied, “Thank you for your kind words, but beautiful women can run businesses too.” Navya’s mother Shweta Bachchan has also emphasised that she doesn’t want her daughter to get into movies after seeing the ups and downs her other family members have had to go through.

“I also know the heartbreaks and I think I know it really, really well. I see their faces when things don’t work out. I’m there on a human level,” said Shweta said on Koffee With Karan, adding, “I am on Instagram, I see the amount of hate and trolling he gets. And whether or not you like him as an actor, or you think that he has had it so easy because he is Amitabh Bachchan’s son, whatever it is, I’m his sister. I’m going to react to him as a sister. And I hate it, it gives me sleepless nights. I don’t want yet another member of my family to be in this business because of a selfish reason.”

While Navya is busy with her organisation Aara Health, Shanaya Kapoor is prepping for her Bollywood debut. Khushi Kapoor is also expected to announce her film debut soon.

It is time to democratise video-making. Here is how we are going to help the cause

Reporter's Notebook: Fall On A River In The Adirondacks