No clear upper hand yet in Clippers-Jazz series – Daily Bulletin 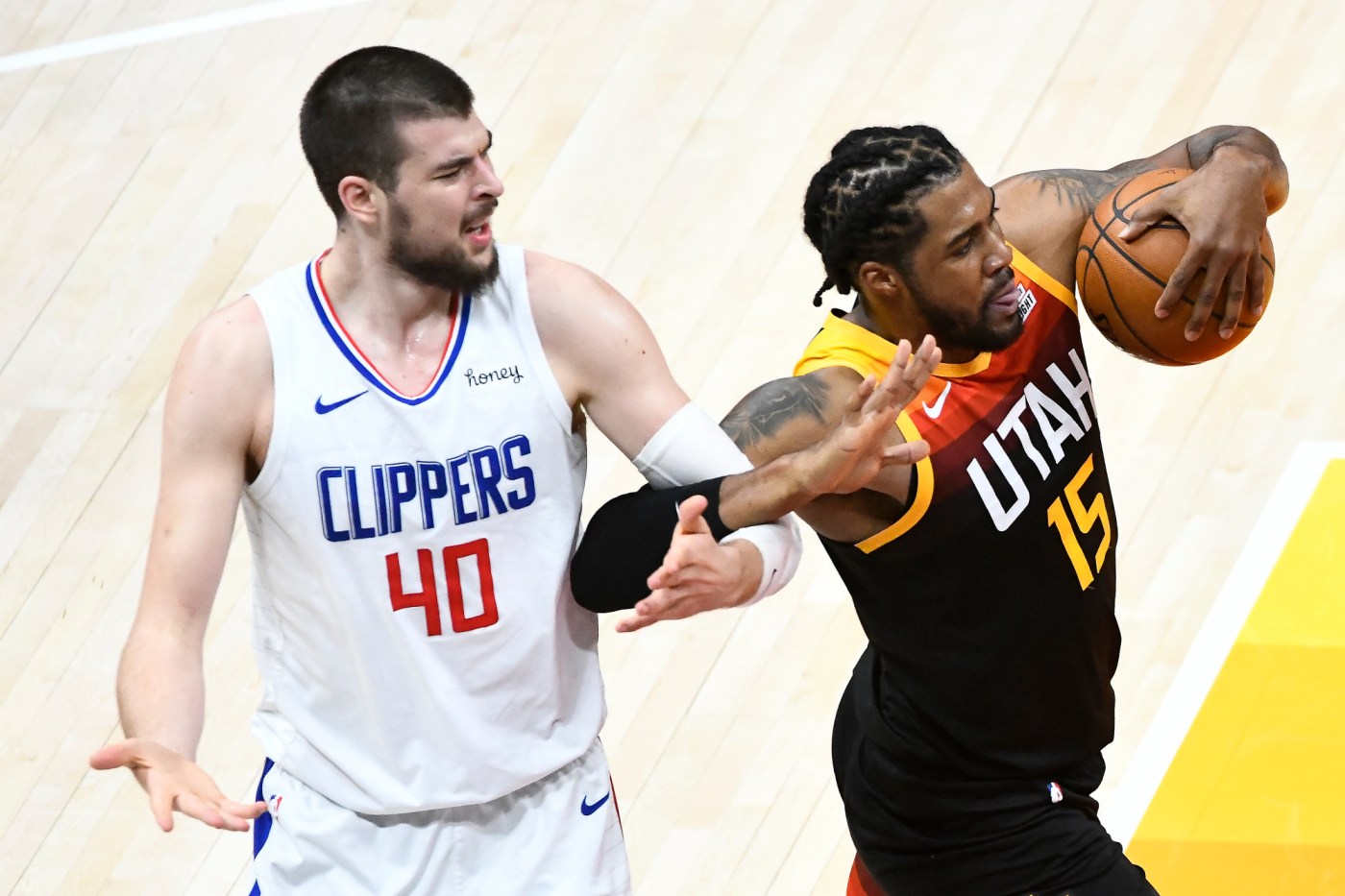 If you look one way at Game 1, you see something starkly different — actually, starkly similar — than if you view it from the opposite direction.

From the Utah Jazz’s perspective, their 112-109 opening victory in the Western Conference semifinals series on Tuesday is a swell sign: The No. 1 seed is leading 1-0 in a series that they have home-court advantage — and a significant one, with 18,000-some raucous fans due at each game in Salt Lake City.

But if you look at it the other way, from the Clippers’ point of view, you see a championship-caliber fourth seed that was one 3-pointer from forcing overtime Tuesday — despite Donovan Mitchell’s 45 points, despite having just finished a grueling seven-game series on Sunday, despite a 4-for-17 shooting night from Paul George and despite those 18,000 screaming Utahns.

As Warriors forward Draymond Green tweeted: “If you are the Clippers, you are leaving Game 1 feeling real good about yourself.”

But, wait. That’s what Jazz fans are saying, too! After all, their team won despite not having All-Star guard Mike Conley (hamstring strain) and having missed 20 consecutive shots in the first quarter, something those shooters might not be able to do again if they tried.

So do the Jazz. Cuz ya know, you are up 1-0 and you got a game without your all-star point guard on a night you missed 21 straight shots at one point. Why is this the narrative? https://t.co/3MkFT7vs7S

The teams will have to sort it out themselves on the court Thursday, when the Clippers hope their between-game tuneups keep doing the trick because they are well aware, center Ivica Zubac said, “we can’t let ourselves go down 2-0 again.”

So immediately after Tuesday’s loss, the Clippers began thinking constructively about what they could do differently two days later.

For his part, George recognized that for the first three quarters of Game 1, he’d been too indecisive, that he knew “a better approach.” He promised, after scoring 13 fourth-quarter points Tuesday, “I’ll be a little bit better on getting the shots that I want and taking those shots that I want.”

And on Thursday, Zubac brought up another of the Clippers’ oft-mentioned adjustments: Pick up the physicality.

“We’ve got to be mentally prepared to play hard from the jump,” he said, via Zoom. “Sometimes this year we didn’t do that, we came out not with that mentality, and I feel like in the playoffs you’ve got to have that mindset going into every game, just to hit first and be physical.”

Like George, Zubac voluntarily diagnosed his own game and how he hopes to contribute to a series-evening victory.

“If I’m out there, man, one of the things I can contribute with is just setting hard picks, crashing the offensive boards, boxing out, protecting the rim,” Zubac said. “I feel like all those things contribute to us being physical, and those things help us win the games.”

After pushing the right buttons in Round 1, Coach Tyronn Lue will continue to recalibrate against the Jazz.

He’ll likely continue to experiment with rotations, suggesting Thursday that Patrick Beverley and DeMarcus Cousins — who made first-half cameos Tuesday — will play larger roles this round: “Some tough decisions to be made going into Game 2 tomorrow, but I did like what I saw from Pat and Boogie,” Lue said.

The coach also is ditching the get-to-the-rim-or-die-trying messaging he employed against Dallas.

“Rudy (Gobert) is the best rim protector in the league, I think he’s the best pick-and-roll defender in the league, so we’ve got to be smart,” Lue said. “We can’t get too deep in trying to do it through his chest. This is a different series than playing against (Kristaps) Porzingis and Boban (Marjanovic) and those guys, so now we’ve got to adjust our game to play against the Utah Jazz.”

That means: “When you come off and you’re open, just shoot it. There’s nothing to think about. We’re not trying to make extra moves. Just come off, he’s in a drop, shoot the basketball and be confident in his shot.”

Another reason for optimism, from the Clippers’ perspective? Lue’s players believe he’ll make the right moves.

“It definitely gives you confidence the way we adjusted in the first series against the Mavericks,” said Luke Kennard on Tuesday, after he contributed 18 points on 7-for-9 shooting. “That series is over and this is a new team, a different team, but it’s the same kind of process: Figure out what we were making mistakes on and what we didn’t communicate well enough, things that we can take away. That’s what this coaching staff is really good at, making adjustments and guys are buying into that.

“It was a tough one,” acknowledged Kennard, who, yes, nonetheless sounded optimistic. “We’ve just got to come out ready to go and learn from it and just be ready to go for Game 2.”

For England, a Six-Second Culture War and a 1-0 Win