OOPS Interview Questions in 2021 You Must Prepare for 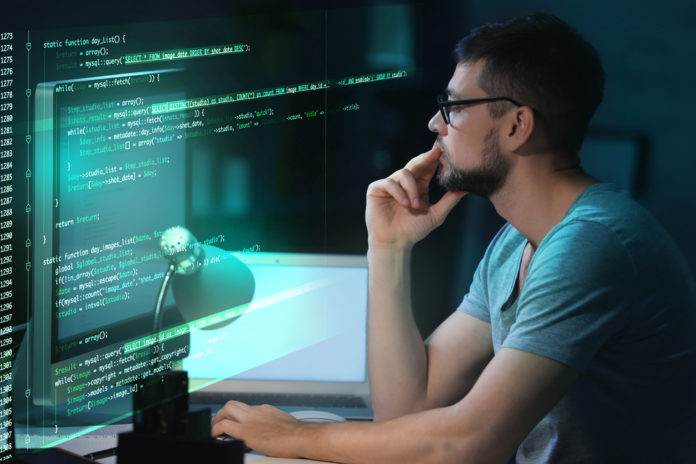 Object-oriented programming system or OOPS is a computer programming model that designs or arranges software for data, or more specifically, objects rather than functions and logic. An object can be defined as a data field that has unique attributes and behaviour.

OOPs stands for representing the Object-Oriented Programming system. Programs are treated as a collection of objects in oops. Each object is nothing but an example of a class.

Difference between Procedural programming and OOPs?

Procedural Programming: is based on functions.

-It shows the data to the entire program.
-It does not have scope for code reuse.
-It follows a the concept of top-down programming.
-Nature of the language is complicated.
-It is hard to modify, extend and maintain the code.

Object-oriented programming:
-It is based on real-world objects.
-It encapsulates the data.
-It provides more scope of code reuse.
-It follows a bottom-up programming paradigm.
-It is less complicated in nature, so it is easier to modify, extend and maintain.

OOPs has clarity in programming. It has flexibility and simplicity in solving complex problems. Reuseage of code is easy as Inheritance concept helps to reduce redundancy of code. Data and code are bound together by encapsulation. OOPs has features for data hiding, so private data can be store and maintain confidentiality. Problems can be divided into different parts making it simple to solve. The concept of polymorphism has flexibility for that a single entity can have multiple forms.

4. What are the basic concepts of OOPs?

The basic concepts of OOPs are:

Encapsulation is also a part of  OOPs concept. It refers to the bundling of data with the methods that operate on that data. It also helps to restrict any direct access to some of an object’s components.

Abstraction is an OOPs concept to build the structure of the real-world objects. It “shows” only essential attributes and “hides” unnecessary information from the outside. The main focus of abstraction is to hide the unnecessary details from the users. It is one of the most important concepts of OOPs.

7. What is method overloading?

8. What is method overriding?

Method overriding is a concept of object-oriented programming.

It is a language feature that allows a subclass or child class to provide a specific implementation of a method which is already provided by one of its super classes or parent classes.

9. Types of Inheritance in OOPS

Object: An object is an instance of a class and also It has its own identity and behaviour.

It basically goes for describing the set of instructions and it is also called a procedure.

Class is a kind of a user-defined data type that contains variables, properties, and methods.  It also helps to find the properties of an object.

The constructor has the same name as the class.
A constructor is also a special kind of method. It is used to initialize objects of the class.

Types of constructor depend upon languages

15. What is the difference between a class and a structure?

Class: Class is basically a User-defined blueprint from which objects are created. It consists of methods ( set of instructions) which are performed on the objects.

Structure: A structure is also a user-defined collection of variables. Structures are also different data types.

Access modifiers or access specifiers are the keywords in object-oriented languages.  It helps to set the accessibility of classes, methods, and other members.

17. What are the languages come under oops concept?

Simula is known as the first object-oriented programming language, the most popular OOP languages are:

If you derive a  class from another class that is known as inheritance.

19. What is hybrid inheritance?

combination of multiple and multi-level inheritance is known as hybrid inheritance.

20. What is hierarchical inheritance?

Defining Hierarchical inheritance is basically when one base class has more than one subclasses. For example, the fruit class can have ‘apple’, ’mango’, ’banana’, ‘cherry’ etc. as its subclasses.

21. What are the limitations of inheritance?

It Increases the execution time and effort. It also requires jumping back and forth between different classes. The parent class and the child class is always tightly coupled. Afford modifications in the program would require changes for parent and the child class both. Inheritance requires careful implementation otherwise it would lead to incorrect results.

A superclass or base class is also a class which works as a parent to some other class/ classes.

For example, the Vehicle class is a superclass of class Bike.

A subclass is a class that inherits from another class. For example, the class Bike is a subclass or a derived of Vehicle class.

Polymorphism is one of the most used and the core concepts in OOP languages. It explains the concept of different classes can be used with the same interface. Each of these classes can have its own implementation of the interface.

25. What is static polymorphism?

26. What is dynamic polymorphism?

27. What is operator overloading?

Operator overloading is used to implement operators using user-defined types, based on the arguments passed along with it.

28. Differentiate between overloading and overriding.

Encapsulation is used to wrap the data and the code which works on in a single unit together. Example: Encapsulation allows data-hiding as the data specified in one class is hidden from other classes.

30. What is the difference between public, private and protected access modifiers?

31. What is data abstraction?

Data abstraction is one of the most important features of OOPs. It only allows important information to be displayed. It helps to hide the implementation details.

For example, while using a mobile, you know, how can you message or call someone but you don’t know how it actually happens.

This is data abstraction as the implementation details are hidden from the user.

32. How to achieve data abstraction?

33. What is an abstract class?

An abstract class is also a class which is consists of abstract methods.

So what is abstract method?

These methods are basically declared but not defined and If these methods need to be used later in some subclass that time those methods haveto be exclusively defined in the subclass.

34. Differentiate between data abstraction and encapsulation.

35. What are virtual functions?

Virtual functions are also part of the functions which are present in the parent class and they are overridden by the subclass.

A destructor is a method which  is called automatically when an object is destroyed.

The destructor also recovers the heap space which was allocated to the destroyed object. It also start closing the files and database connections of the object, etc.

37. What is a copy constructor?

Finalize is used to free the unmanaged resources and also help to clean before Garbage Collection(GC). It performs memory management tasks.

Garbage Collection is a part of automatic memory management. The Garbage collector helps to free the occupied spaces by objects. Those spaces are no longer in existence.

The final variable does not change and It always refers to the same object by the property of non-transversity.

An exception is a kind of message that interrupts and comes up when there is an issue with normal execution of a program. Exceptions provide a error and transfer that error to the exception handler to resolve it. The state of the program is saved as soon as an exception is raised.

42. What is exception handling?

Exception handling in Object-Oriented Programming is the most important concept. It is used to manage errors. An exception handler help to throw errors and then catch the error in order to solve them.

43. What is the difference between an error and an exception?

A try/ catch block helps to handle exceptions. The try block explains a set of statements that may have an error. The catch block basically catches the exception.

A finally block executes when the try block exits and It also executes even in case some unexpected exception is encountered. Finally block normally consists of some important part of the program.

46. Can you call the base class method without creating an instance?

•Yes, you are allowed to call the base class without instantiating it but there are some conditions that are applicable:

•If it is a static method

•The base class is inherited by some other subclass

Fresh Vacancies In Sports Discipline at indianrailways.gov.in, Apply By February 23