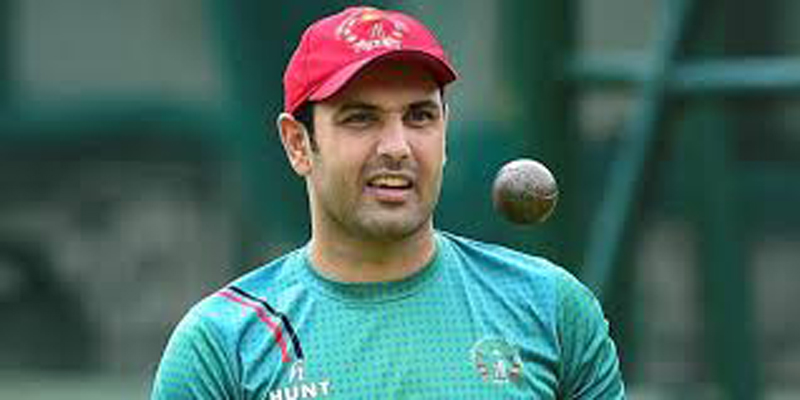 KARACHI: Mohammad Nabi, the former Afghanistan captain, hopes Pakistan Super League (PSL) will grow every year and has the potential of grooming young talent. The 36-year-old Afghanistan all-rounder is representing defending champions Karachi Kings this year after a stint with Quetta Gladiators in the inaugural edition in 2016 in a globetrotting Twenty20 league career. His hard hitting batting and effective off-spin has earned him stints in leading T20 leagues across the globe.

Nabi said PSL is progressing well. “The PSL is producing good players and the league is growing every year,” said Nabi. “When you produce good home talent the league goes up and I am sure that will definitely help.” Nabi said he enjoyed his first outing with the Gladiators. “I played for Quetta Gladiators in the inaugural event. There were some good performances and I enjoyed that event. This time it is my second stint and representing the defending champions is a great honour.”

Reflecting on becoming part of Karachi Kings, Nabi, who smashed a 14-ball 30 with three sixes and two fours to help the title defenders beat his previous team by seven wickets in this edition’s opener, said: “This is a champion team and I wish we could make them champions again. I am in Karachi after 12 years. I played for Pakistan Customs for two years in 2008 and 2009 so I have good memories of the city.” Nabi recalled meeting with Pakistan Premier Imran Khan in November last year when the great all-rounder visited Kabul. The Afghan cricket team presented a signed bat to Imran Khan.

“Meeting Prime Minister of Pakistan was exciting,” reminisces Nabi. “We had lunch and a photoshoot with him. We asked him to give us a series with Pakistan and he has promised a series. We enjoyed that meeting and discussed some cricket things with him.”

Nabi expects fireworks and surprises from Afghanistan in the ICC Men’s T20 World Cup later this year. “We are preparing well and our best T20 players are available,” said Nabi. “Some are playing T20 leagues the world over. Rashid Khan, Mujeeb ur Rahman and I are all playing and we will do well this time.” Nabi reckons cricket has become the number one sport back home and the said that the younger generation was attracted to the sport. “Cricket is now our number one sport and in the last 20 years, it has grown by leaps and bounds. The younger generation is motivated. Cricket is a game, which brings smile to the faces of people of our country and young generation is attracted to the game. “Our players are doing well at U-16, U-19 level and all the youngsters coming to the national team are doing well. “Cricket will grow further in Afghanistan.”