‘Panic and shouting’ aboard delayed Ibiza to ManchesterJet2 flight 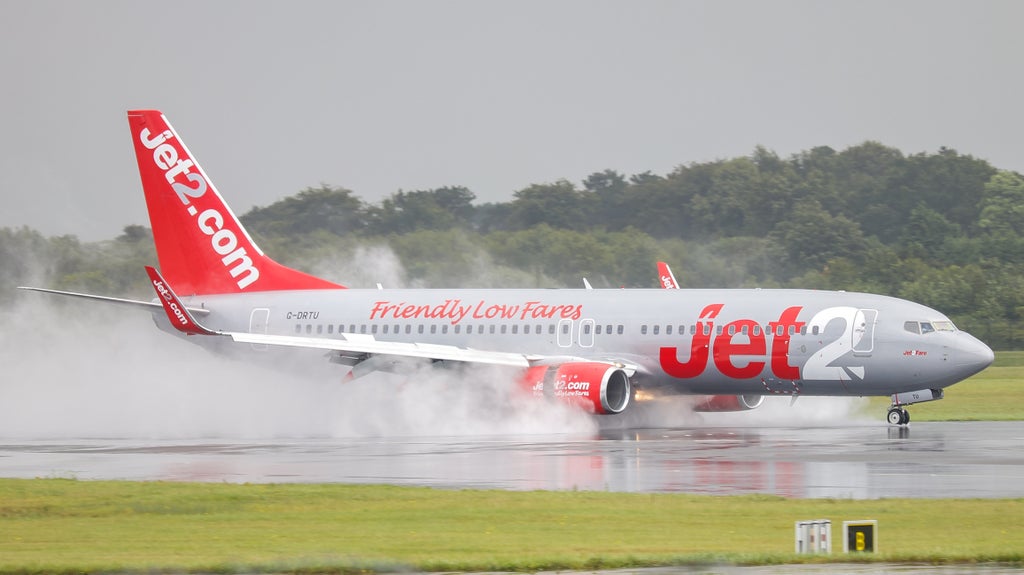 A delayed Jet2 flight from Ibiza to Manchester was the scene of “panic and shouting” on Monday.

Flight LS170 was scheduled to depart from the Balearic island at 11.30am, but a “technical fault” meant passengers were left sitting on the runaway while engineers assessed the aircraft.

Approximately one hour later, the flight was cleared for take-off and began taxiing, when passengers at rear of the plane said they could smell something unusual and feel “heat” through the aircraft walls.

According to the Manchester Evening News, this caused distress to some passengers, with one woman experiencing a panic attack and another saying they wanted to disembark.

One passenger, who asked not to be named, said: “I was at the front of the plane and we just heard this commotion coming from the back, everyone was standing up and there was shouting and panic.

“It was really scary, we didn’t know what was going on.

“I grabbed my passport and phone and put my shoes back on just in case we had to evacuate.

“One woman told her children to take their seatbelts off, no-one knew what was going on.”

The plane was subsequently taken back to the stand.

According to the report, the flight eventually departed two hours later than scheduled around 1.30pm, landing in Manchester at approximately 3.20pm.

In a statement, the budget airline said the furore was due to a “nervous” passenger.

“Flight LS170 was delayed earlier today after some routine checks, as well as the aircraft having to return to stand shortly after push back due to a nervous customer onboard,” the statement reads.

“The flight subsequently took off and landed at Manchester Airport as normal.”

The low-cost carrier cancelled all flights and holidays at the beginning of June following the government’s latest announcement to its travel traffic light lists.

CEO Steve Heapy called on the government to provide “complete openness and transparency” when it came to the data driving the government’s travel decisions, so that customers and the industry have a clearer understanding of the current rules.

The company partially resumed flights at the beginning of July, and has since entered into an agreement with Airbus to purchase 36 new Airbus A321 neo-aircraft “to meet the future anticipated growth of its Leisure Travel business and to refresh its existing aircraft fleet”.