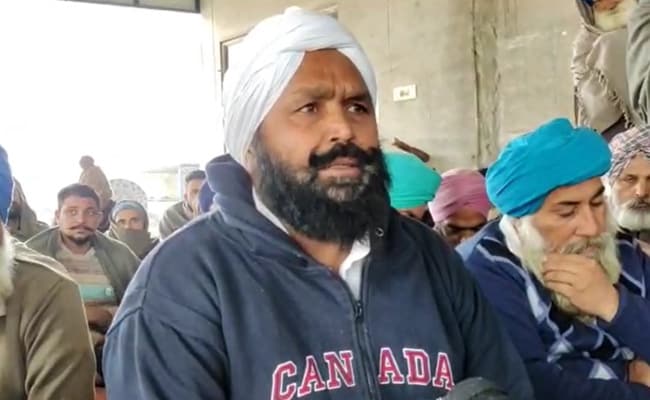 We can’t fight without funds and we have to win this fight at any cost, the farmers say.

Within hours of the Supreme Court holding in abeyance three Central farm laws against which thousands of farmers have been protesting, a large convoy of tractor trollies left Amritsar yesterday under the banner of Kisan Mazdoor Sangharsh Committee to participate in a tractor parade in New Delhi on Republic Day. Farmers and their unions in other parts of Punjab are preparing to send a large number of participants for the rally by January 20 – some communities have even decided that those unable to send vehicles will either pay a fine or face social boycott.

“If we don’t go now, we shall never get this opportunity. This is a fight for our rights”: That’s the message blaring out of loudspeakers of Gurdwaras in the state.

On Tuesday, hearing a bunch of petitions against them, the Supreme Court put a hold on the implementation of the Centre’s farm laws passed in Parliament in September. It also formed a four-member committee to listen to the “grievances of the farmers relating to the farm laws and the views of the government and make recommendations”.

However, farmer groups have shunned the committee, refusing to hold discussions with them, because all the members are apparently in favour of the farm laws.

The farmers have, thus, decided to go ahead with the planned tractor parade on January 26.

“We will gather in the village at 5pm on the day of Lohri and burn the copies of the black laws,” farmer Rachpal Singh of Bhular Heri told NDTV.

The village plans to send a convoy of 100 tractors by January 20 and preparations are on in full swing. A meeting held at the local Gurdwara has decided that there will be a street-wise movement to invite farmers for the Delhi tractor parade. Those who cannot participate will have to pay up Rs 2,100 per head towards a fund for those protesting. Non-payment of the amount will lead to social boycott.

“Our NRI brothers, too, are enthusiastically backing us. People from the village who have gone abroad have sent us Rs 41,000. The landlords are funding us, too, since we can’t fight without funds and we have to win this fight at any cost,” farmer Avtar Singh told NDTV.

“The transition from childhood to adolescence can be turbulent, and the findings of this report

Extinction: ‘Time is running out’ to save sharks and rays

Of the 31 species studied, 24 are now threatened with extinction, and three shark species

No countries are safe until all are vaccinated, a leading Covid-19 adviser in South Africa

Mayors Reflect On Police Relationships With Residents Of Color In Report

A Look At The Future Of Biden's Climate Change Policies