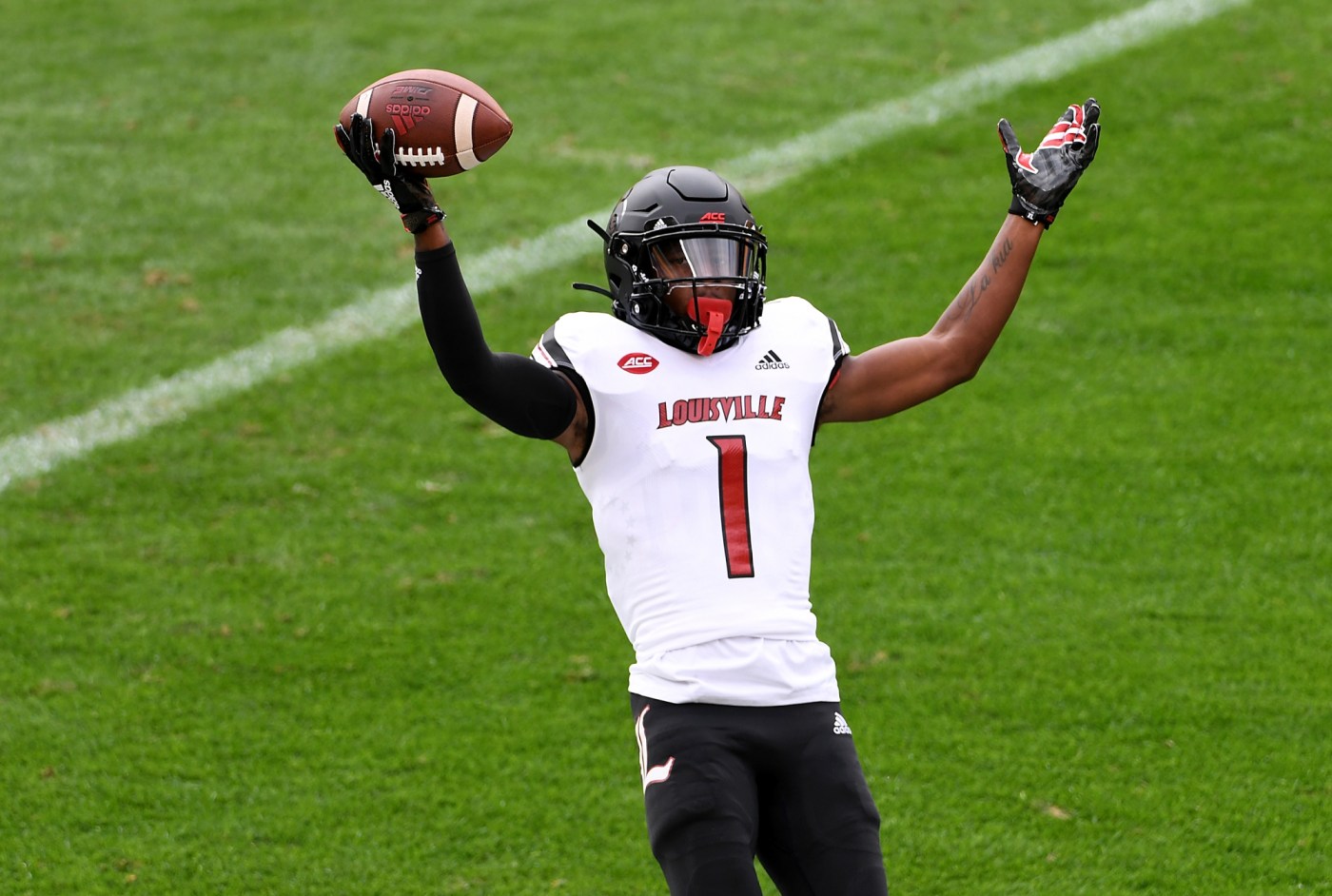 The Rams made their offense more explosive when they traded for a big-armed quarterback and signed a big-play receiver with their first two major moves of the offseason.

They did it again Friday when they chose a tiny receiver in the second round of the NFL draft.

It was the 57th overall pick, the Rams’ first in this draft.

The Rams had the 88th pick, later in the third round, but traded it to the 49ers for the 117th and 121st picks during Saturday’s fourth round.

That raised the Rams’ number of picks from six to seven, including the 141st, 209th and 252nd in the fourth, sixth and seventh rounds on Saturday.

He gives new quarterback Matthew Stafford one more potential deep target, a stated objective for McVay before and since the January trade that brought the new quarterback to L.A. from the Lions in exchange for Jared Goff.

Speaking with L.A. reporters via Zoom, the player whose formal first name is Chatarius said he’s motivated by constant questions about his size.

“I just come with a chip on my shoulder at all times,” Atwell said. “I’m a great receiver. When the ball’s in my hands, I know what to do with it.”

Atwell said he wasn’t surprised to be picked by the Rams, whose draft needs include offensive linemen, linebackers and cornerbacks.

“The receiver coach (Eric Yarber) told me, ‘Don’t be surprised if we don’t let you go past the second round,’” Atwell said. “Coach told me I’d be a good fit for their offense. I wasn’t surprised. Coach kept his word, and I appreciate that.”

He said he watched Jackson after switching from quarterback in high school in Miami, Fla., to wide receiver at Louisville.

“When I started doing the receiver thing, I started watching all the fast receivers and who I could be like,” Atwell said. “It’ll be awesome to (play) aside him.”

The Rams took Atwell earlier than many draft analysts projected him being chosen.

An NFL.com scouting report, though, noted his “electrifying speed (and) history of hitting the home run.”

That resulted in a first-team All-ACC selection in 2019, when he scored a Louisville-record 12 touchdowns and gained a conference-high 1,276 yards receiving. Pro Footballl Focus says Atwell is one of three college wide receivers with more than 1,000 yards after catch since 2019, and one of five with 10 receiving touchdowns on deep passes in the same period.

Seychelles most vaccinated nation on Earth but Covid-19 has surged