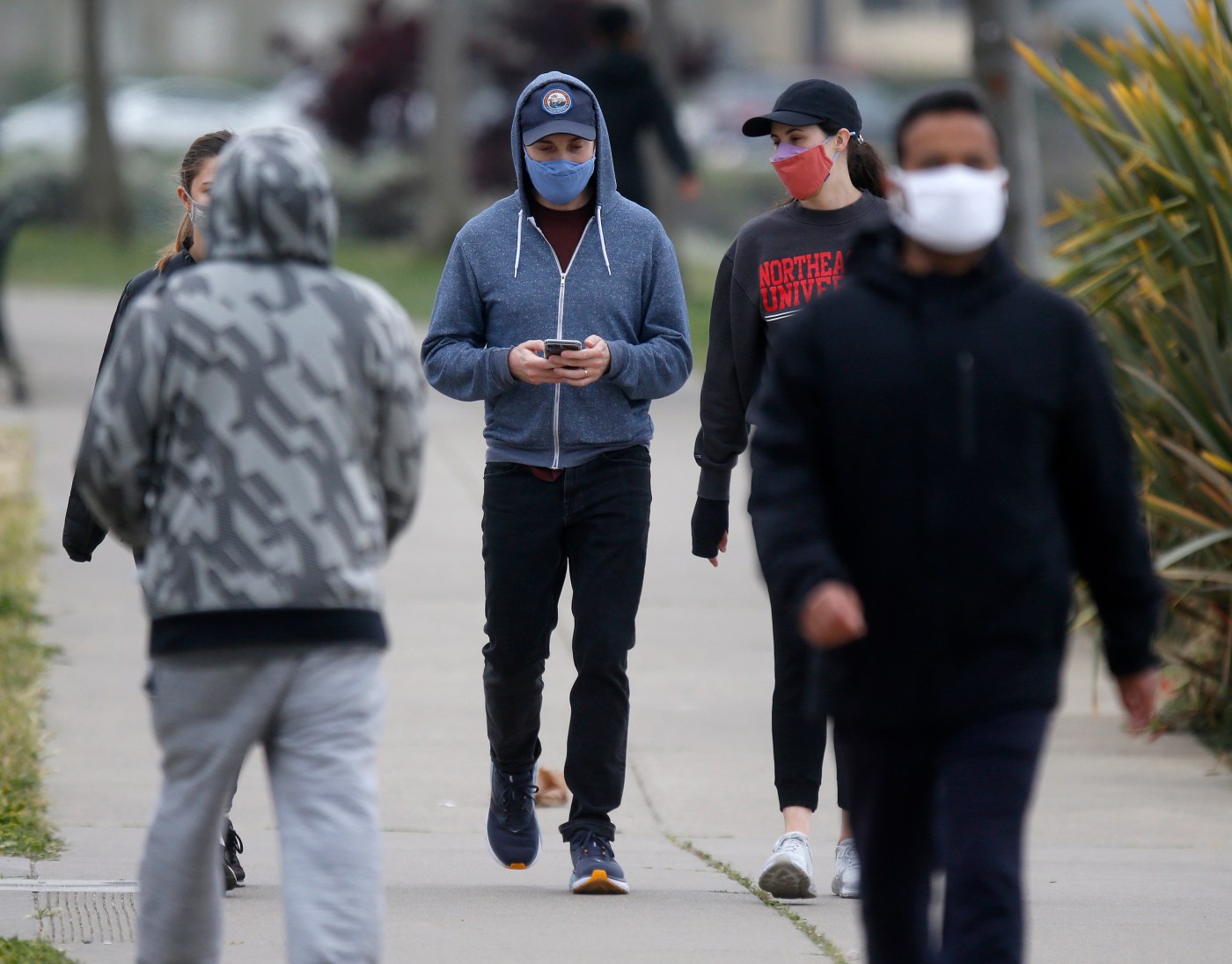 (CNN) — Texas resident Robert Soto can’t wait to visit his favorite karaoke spots in Austin. He says he’ll be wearing his mask when he belts out “Amber” by 311 or “The Promise” by When in Rome — his go-to songs every time he grabs the mic at a bar.

Soto plans to resume some social activities after he gets his second vaccine shot this month, joining the more than 100 million Americans who are fully vaccinated. But his life will be nothing like his carefree pre-pandemic days.

“I will probably still wear my mask and avoid shaking hands for a long while,” he says.

For Soto and many other pandemic-weary Americans, this is a tricky time. The vaccinated are emerging from 14 months of social isolation into a world where key questions remain about where and when to wear a mask.

Is that unmasked person near me vaccinated? If I don’t wear a mask, am I setting a bad example or making others uneasy?

This confusion is sparking political debates similar to ones seen in the early days of the pandemic. And while places are reopening and things feel safer, lingering anxieties remain.

Pandemic trauma has boosted fears about going out without a mask

Americans who are fully vaccinated no longer need to wear a mask in some instances outdoors or when they’re with people from their own household, according to new guidance from the US Centers for Disease Control and Prevention. But the agency urges vaccinated people to continue to take precautions in indoor public settings.

Discrepancies between state and local rules are adding to the confusion.

For example in Utah, where the state’s mask mandate expired in April, some businesses continue to enforce face coverings. Restaurants and stores in many states have been struggling to balance service and safety.

In Texas, Soto can opt to go maskless. Gov. Greg Abbott lifted the state’s mask mandate in March, allowing businesses to reopen at full capacity. But even with his invigorated immune system, Soto plans to keep wearing a mask in public, with or without crowds.

His parents have pre-existing health conditions and his sister has a newborn, and he wants to keep them safe. Also, federal health officials have said vaccinated people can still get and spread coronavirus as long as there’s community transmission.

“I will admit that I am afraid of being judged by people who are less concerned than me. It makes me not want to wear the mask so I can avoid stares and judgment,” he told CNN. “But I will just have to push through that because my health and the health of my family is more important.”

Health experts say such concerns are the result of a year of pandemic trauma.

Even in a post-pandemic world, some people will experience fear, confusion and anxiety, says Dr. Hector Colon-Rivera, president of the American Psychiatric Association’s Hispanic caucus.

Some people are finding it hard to let go of their face masks, an item they’ve associated for months with saving lives, he told CNN. Those who’ve lost loved ones to coronavirus may have an especially difficult time.

“It’s like suffering from a form of PTSD or trauma that will make some people hyper-vigilant,” Colon-Rivera says.

Some Americans remain concerned about the variants

With all the fear and uncertainties, keeping a mask on for now just makes sense for some people.

Lexie Little, a master’s student at the University of Georgia, is fully vaccinated and eager to spend time with her family. But even though the self-described “people person” is looking forward to a time when she can see smiles again, she’ll continue wearing her mask when she’s around crowds and unvaccinated people for a while.

“I want to protect others around me from potentially contracting the virus,” she says. “Science continues to evolve surrounding the spread by those who have already been vaccinated, so I’m waiting for more clarification before doing away with the mask in daily life outside my bubble.”

She’s also concerned about the many unknowns surrounding variants — new strains of the virus that appear to be more transmissible.

“Variants continue to pose a threat as researchers examine their spread, but I have been encouraged by recent findings surrounding vaccine efficacy against the B.1.351 and B.1.1.7 variants,” she told CNN.

The variants may help explain why despite the apparent effectiveness of the vaccines, concerns over catching the virus are not going away.

In a new poll released Monday by the American Psychiatric Association, 64% of Americans are anxious about family members and loved ones catching the coronavirus. That’s an increase from 56% last year and higher than the 49% who are concerned about catching the virus themselves.

Others will keep a mask on to protect children

Emily Rivera just got her Johnson & Johnson shot this week. The Centreville, Virginia, resident will continue following the CDC recommendations on mask-wearing indoors. But she also plans to keep wearing her mask in public long after the pandemic is declared over — partly to protect her four children.

“It’s such a habit and has definitely helped with the flu and cold season,” she told CNN. “I’m not sure I’ll believe we’re past the pandemic for a while anyhow.”

Rivera says she was not a fan of wearing masks at first and found them claustrophobic. But she’s gotten more used to them and believes they have made her family less sickly this year.

“And it’s definitely warmer on walks,” she says.

Elle McKenna of Oakland, California, is fully vaccinated but plans to wear a mask in public indoor spaces and outdoor spaces with lots of people.

“The vaccines work very effectively, but not everyone is vaccinated, community transmission is still happening, and children cannot be vaccinated yet,” McKenna says.

“There is a need to set a good example for others, and to work together to minimize transmission as much as possible.”

Even after coronavirus is no longer a risk, McKenna plans to continue wearing a mask to protect against the flu and similar viruses that can be risky to people with weakened immune systems.

The pandemic has made some people more germophobic

Despite the lifting of mask mandates, many Americans may also be reluctant to go maskless because they’re at risk of other respiratory illnesses or just afraid of germs, one expert says.

Robert Quigley, global medical director of International SOS, which consults with companies on health and safety, says human beings are creatures of habit. After a year of wearing masks, ditching them may feel strange to some people.

“Changing routines can be most challenging,” he told CNN.

Public health authorities have documented a significant decline in flu cases since people began wearing masks in the pandemic, he says.

“The pandemic has certainly brought the value of good daily practices in personal hygiene, and their benefits … against (disease).”

So for now, many Americans will err on the side of caution.

Charlize Theron on Fast and Furious 9: ‘Fast’ females raise the bar, they do the unexpected