Dan Levy shot to fame last year in 2020 with his award-winning show Schitt’s Creek that he co-produced with father Eugene Levy. The record-breaking comedy series fetched a total of 9 Emmys in different categories and got immensely popular across the world. So much so, that people started copying everything from the show, right from the eccentric wardrobes, comical dialogues and catchphrases. Dan Levy is so popular now that everything he does or says makes a statement. On his Instagram stories, he revealed one of his favourite foods and tagged the eatery he gets it from. That simple post sent fans into a frenzy. 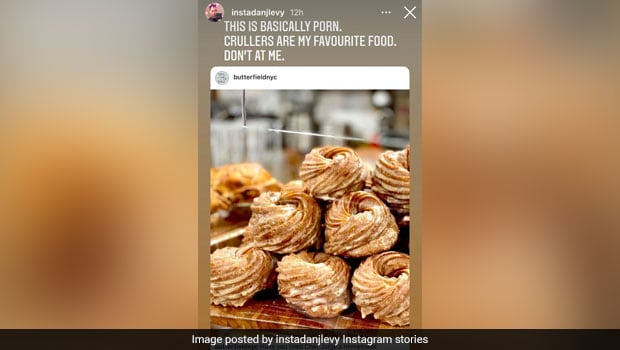 Cruller is a doughnut-like pastry made with dough that is twisted and curled up before deep frying. After Dan Levy posted about it on his Instagram story, people, apparently, rushed to the bakery and clicked selfies with it.

Dan posted videos later on Instagram stories and said, “So last night I posted a post about these crullers in New York city that looked very delicious. And today, people actually went to the bakery and took photos of themselves with the crullers. Like that was supposed to make me feel better!” 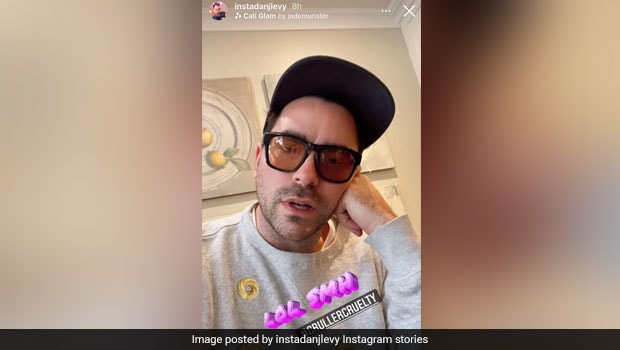 Some people even called out the wrongly pronounced name of this dish.

“And now I am being shamed for calling them crullers, Apparently, Americans call them crawlers. I have never heard that before. Maybe it’s a Canadian thing. We call them crullers, or maybe, I have just been calling it wrong. Either way, it has spiralled out of control,” he said in another video.

Schitt’s Creek is hugely popular in India also. Just a couple of days ago, Deepika Padukone posted a video revealing how she wanted to watch the show during the lockdown and how husband Ranveer Singh finally came around to watching it too.

Gunmen have kidnapped more than 100 girls from a boarding school in northwest Nigeria, a

As vaccine rollouts gain momentum, governments world-wide are looking at ways for people to prove

Read More »
PrevPreviousIGNOU TEE Results December 2020 Released At ignou.ac.in
NextJanhvi Kapoor and Khushi Kapoor clicked at the airport as they returned to Mumbai Next