By Mark Mcgreal For Dailymail.Com


In case anyone forgot, Serena Williams took it upon herself to remind the world that she is superhuman.

The tennis pro, 39, shared a video of herself in a full Wonder Woman costume while filming a commercial for broadcast company DIRECTV.

In the video, Williams jumped forward and remained in the air via high-tension wires while extending her tennis racket forward. 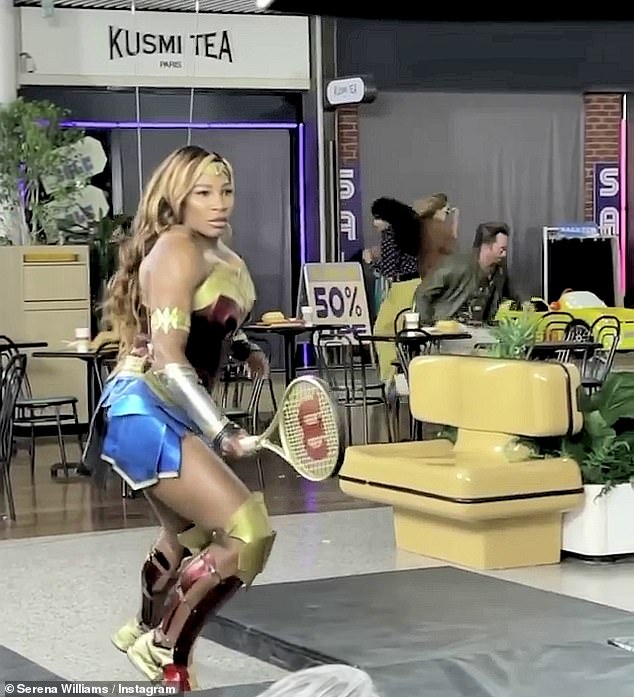 The hero look: Serena Williams took it upon herself to remind the world that she is superhuman 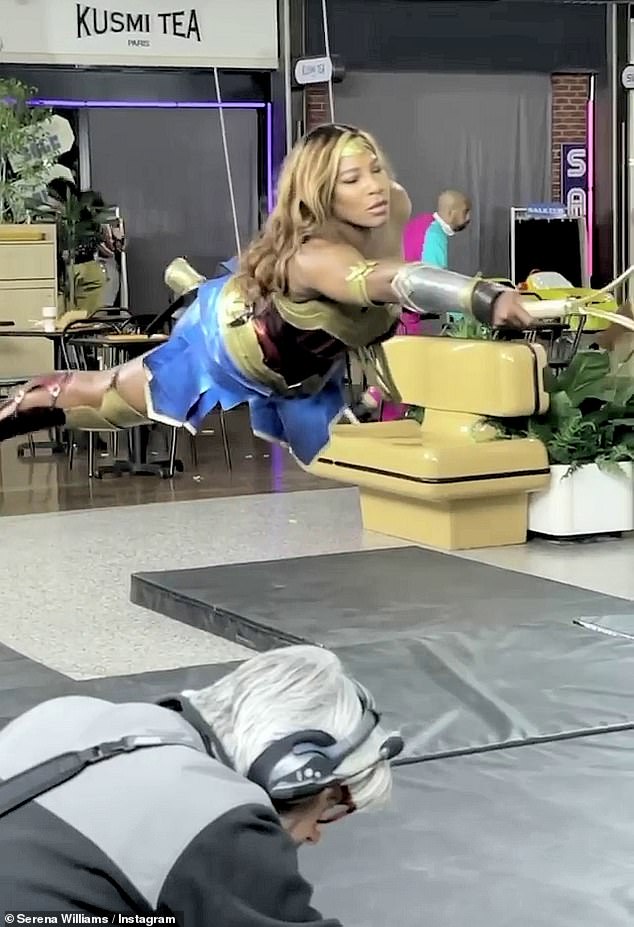 She believes she can fly: In the video, Williams jumps forward and remains in the air via high-tension wires while extending her tennis racket forward

Miley Cyrus’ hit song, Wrecking ball played in the background of the clip.

The gold medal winner captioned the photo, ‘Coming like a wrecking ball onto your screen,’ followed by a comet emoji.

The commercials show the Avatar: The Last Airbender voice actress as she smashed tennis balls back at sinister robots. 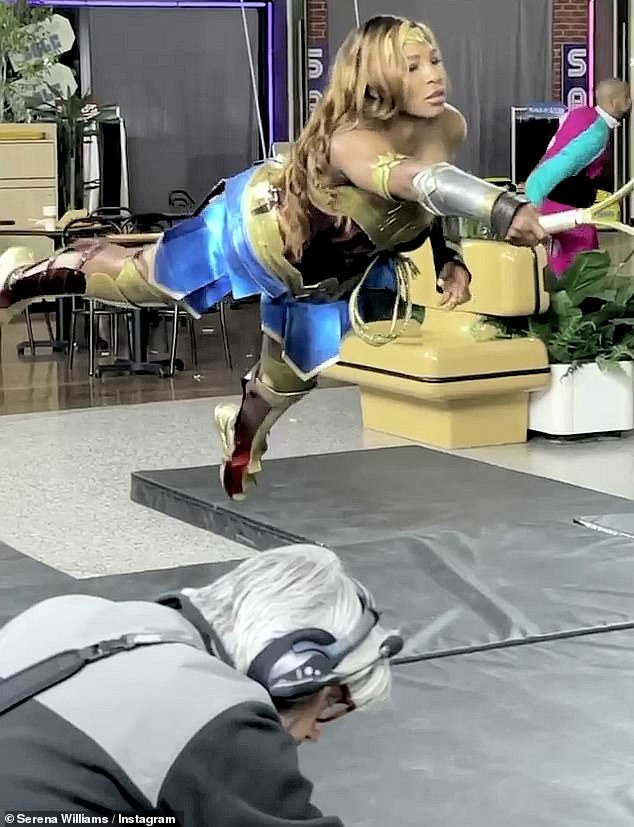 ‘A wrecking ball’: The gold medal winner captioned the photo, ‘Coming like a wrecking ball onto your screen,’ and played the Miley Cyrus song Wrecking Ball over the clip 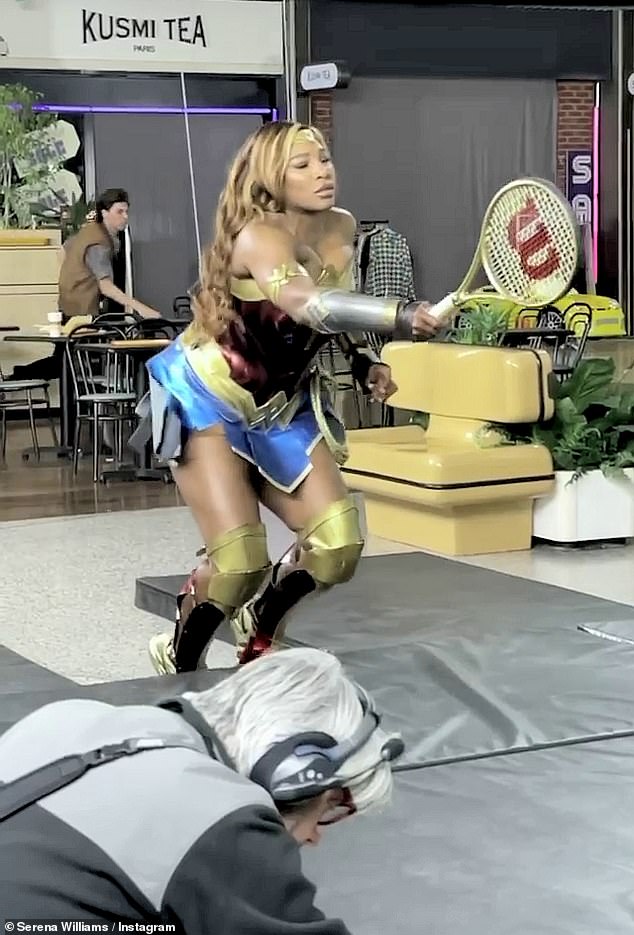 Coming to save the day: In the commercial, Williams smashes tennis balls back at sinister robots firing projectiles at the star

The commercial isn’t Williams’ only foray into media. A biopic about her father, titled King Richard, is scheduled for release this fall. Will Smith with play the title role while relative unknown Demi Singleton will play the 23-time Grand Slam title winner.

The film is a big deal with Beyonce even providing a new song for the biopic which premiered at the Telluride Film Festival on September 2.

While the actress commercial appearances are still going away, the legendary athlete’s playing career has been challenging lately.

After losing in the fourth round of the French Open, Williams competed at Wimbledon. She had to retire from the tournament after the first round in which she went down with an injury. 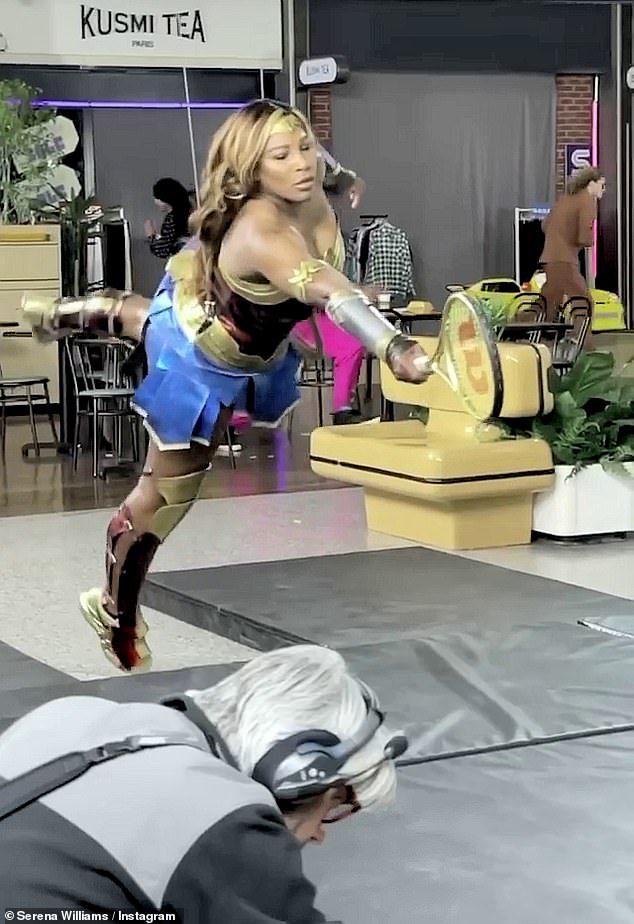 Life is a movie: Serena’s life will be dramatized in the biopic King Richard which is scheduled for a fall release 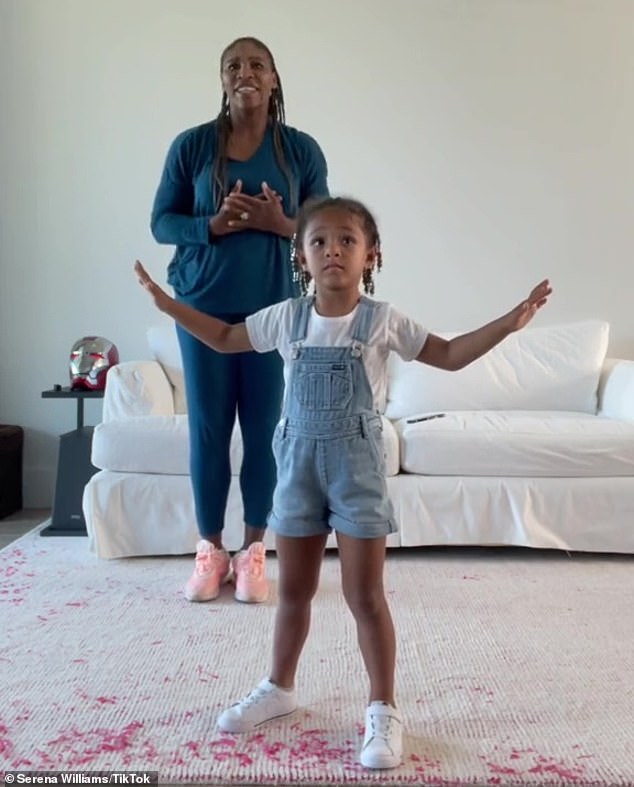 Full-time mother: Serena has been spending a lot of time with her daughter over the last few months and he two routinely star in TikTok videos together

Work isn’t the only thing the part-owner of the Miami Dolphins has been up to either.

The star is also a full-time mother to daughter Alexis Olympia Ohanian Jr. who she shares with Alexis Ohanian, co-founder of the social media site Reddit. Alexis is 4 years old.

She and her daughter recently twinned in a TikTok where they wear crop tops and matching flared skirts and twirl while Levitating by Dua Lipa plays in over the clip.

She captioned the photo, ‘Twinning. #ShowYourGlow.’

Huawei CFO Held In Canada Resolves Criminal Charges In A Deal With The U.S. : NPR

6 Fall Getaways For Art Lovers, According to Art World Insiders