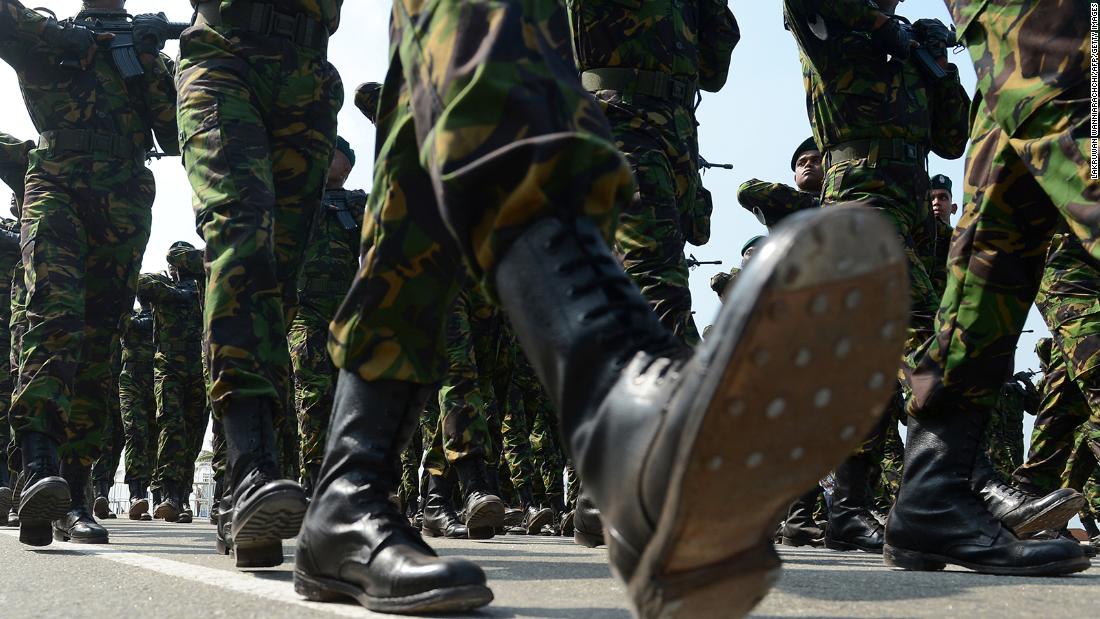 The International Truth and Justice Project (ITJP), a rights group documenting alleged abuses in Sri Lanka, gave details in its report of 15 members of the minority Tamil community, who said they were beaten, burnt, suffocated and sexually assaulted by authorities over the past two years.

Together, their testimony is the most detailed account of alleged new abuses in the island nation since former wartime defense chief Gotabaya Rajapaksa became president in 2019.

“We are dealing with a country where torture is savage, and there is no inclination on the part of the government to do anything about it,” Yasmin Sooka, a rights lawyer who co-authored the report, told Reuters.

“What you have is a kind of tacit approval, really, of those at the highest levels who condone what is happening.”

The government denied the accusations.

“We completely refute the allegations in this report,” Keheliya Rambukwella, the health minister who also serves as a senior government spokesman, told Reuters.

Some previous allegations of kidnapping and torture had been made by “vested interests” and later proven to be false, he said, without elaborating.

Spokespeople for Sri Lanka’s military and police declined to comment on the report.

Sri Lanka ended a 25-year civil war between separatist insurgents from the ethnic Tamil minority and government forces in 2009. Rights groups accused both sides of abuses during the war.

The 15 alleged victims — one woman and 14 men — were not identified in the report. They had taken part in commemorations for people killed in the war, worked as volunteers for Tamil political parties or received funds from abroad on behalf of people under surveillance.

Three of the 15 were members of the Liberation Tigers of Tamil Eelam, the main group that fought the government during the war, though many were children at the time.

After being detained, the alleged victims said they were subjected to treatment including being suffocated with petrol-soaked plastic bags and penetrated with an iron rod.

The alleged victims, who fled Sri Lanka are now seeking asylum in Britain, all took part in interviews over the course of several days with lawyers and human rights investigators.

Those that had not been medically examined were photographed to show their scars.

None had been charged with any crime.

The report has been released ahead of a session of the United Nations Human Rights Council (UNHRC), which begins on Monday and will look at Sri Lanka.

The United Nations has given its human rights boss, Michelle Bachelet, a mandate to collect evidence of crimes against humanity committed during the civil war.

Rajapaka has put at least 28 serving or retired military and intelligence figures in key administrative posts, including some mentioned in UN reports on alleged war crimes and crimes against humanity, Bachelet said in January.

“Sri Lanka will present its point of view at the upcoming United Nations Human Rights Council sessions later this month and show the progress that has been made in taking forward reconciliation,” Rambukwella said.

The ITJP has previously assisted in two civil lawsuits against Rajapaksa, proceedings for one of which were served in a California parking lot in 2019. Rajapaksa was a US citizen at the time.

Both cases were withdrawn after Rajapaksa was granted diplomatic immunity upon becoming president later that year.

How to discuss climate change productively