The 80s and 90s Cricket Show: the podcast that revisits the bad old days | Cricket 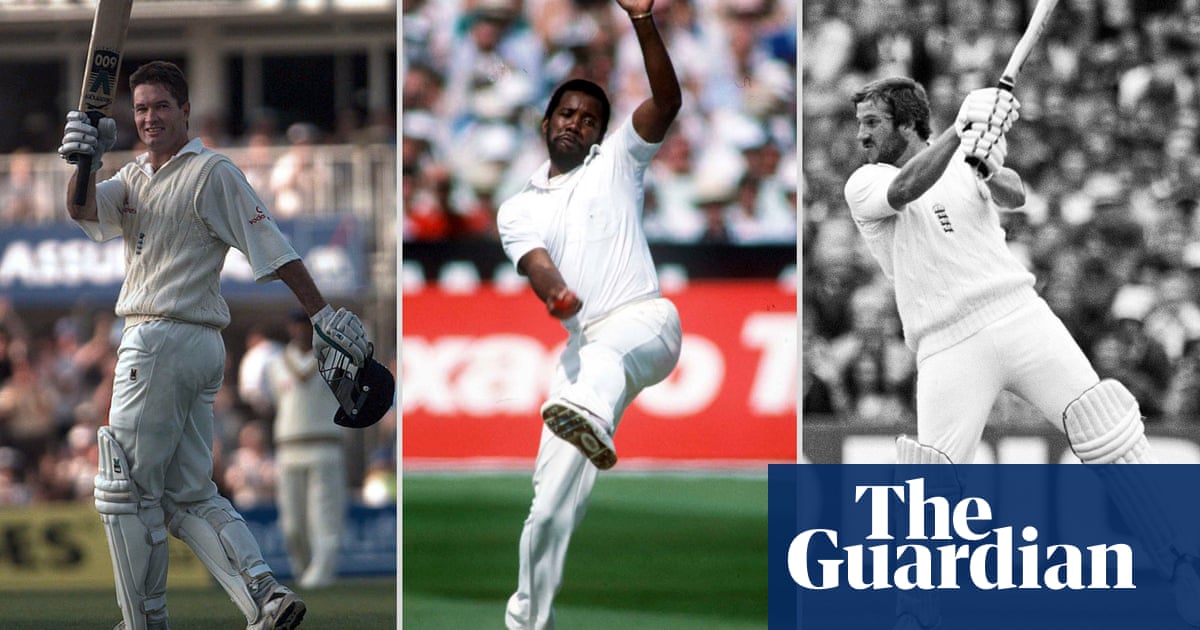 A new podcast about English cricket in the 1980s and 1990s? Yes, nice one, any other childhood traumas you’d like to talk about? Here’s the thing: despite being probably the worst period in England’s Test history, the end of the 20th century provides the richest nostalgia for cricket fans. There are plenty of reasons for that: the characters, the stories, the occasional glory and the frequent farce. We decided it was time to revisit the bad old days and bathe in an era when England had four captains in one series, Ian Botham held the front and back pages and ice baths were for the (very occasional) victory champagne.

The podcast is hosted by Guardian regular Gary Naylor and his guests include those who were on the field, in the pressbox or in their bedrooms, wondering why they were so smitten with a team that kept getting hammered. The list includes Graham Gooch, Derek Pringle, Mike Selvey, Chris Broad, Pat Murphy, Peter Hayter, Simon Wilde and Emma John. Episodes come out on Mondays and you can subscribe in the usual places – Apple Podcasts, Acast and Spotify – as well as following on Twitter. Here are a few details of the first five episodes.

Gary Naylor discusses the older, but not necessarily wiser, Lord Beefy with three men who wrote books with or about him. It’s all there: the drug ban, the batting, the bowling – and the panto. Then the team revisit England’s extraordinary tour of the Caribbean in 1989-90, when they almost pulled off one of the greatest upsets in cricket history. As well as the compelling cricket, the team recall Sky TV showing their first overseas series, and the day a fuming Viv Richards stormed into the press box while West Indies were in the field.

Gary is joined by Derek Pringle, Mike Selvey and Rob Smyth to discuss the poignant story of one of England’s most popular cricketers and his alter ego, the Judge. The series of the week is the 1992 World Cup, when England came tantalisingly close to winning their first World Cup. The team salute Pakistan’s cornered tigers, and Mike remembers the great Karaoke Tour of Australia – with CMJ on the mic.

Gary and the panel discuss the bittersweet career of Graeme Hick – the impossible expectations, the truths and myths, and even the appearance on Wogan with Winona Ryder and Jeremy Beadle. Then it’s off to the Caribbean for another dramatic tour: 46 all out, glorious victory in Barbados, Brian Lara’s 375 and drinking games galore in Millers bar.

We look back at Nasser Hussain’s career before he became England captain in 1999. Derek Pringle, who was in the Essex dressing-room, discusses Nasser’s tantrums – and his then unseen captaincy potential. Captaincy is also the subject of our series of the week: the farcical summer when England used four captains in five Tests, and English cricket was in the hands of a man whose most famous utterance was, “No comment, but don’t quote me on that”.

The 80s and 90s Cricket Show is available on Apple Podcasts, Acast and Spotify, and you can follow the podcast on Twitter.

The T List: Five Things We Recommend This Week

‘You Will Die at Twenty’ Review: Death, and Life, on the Nile