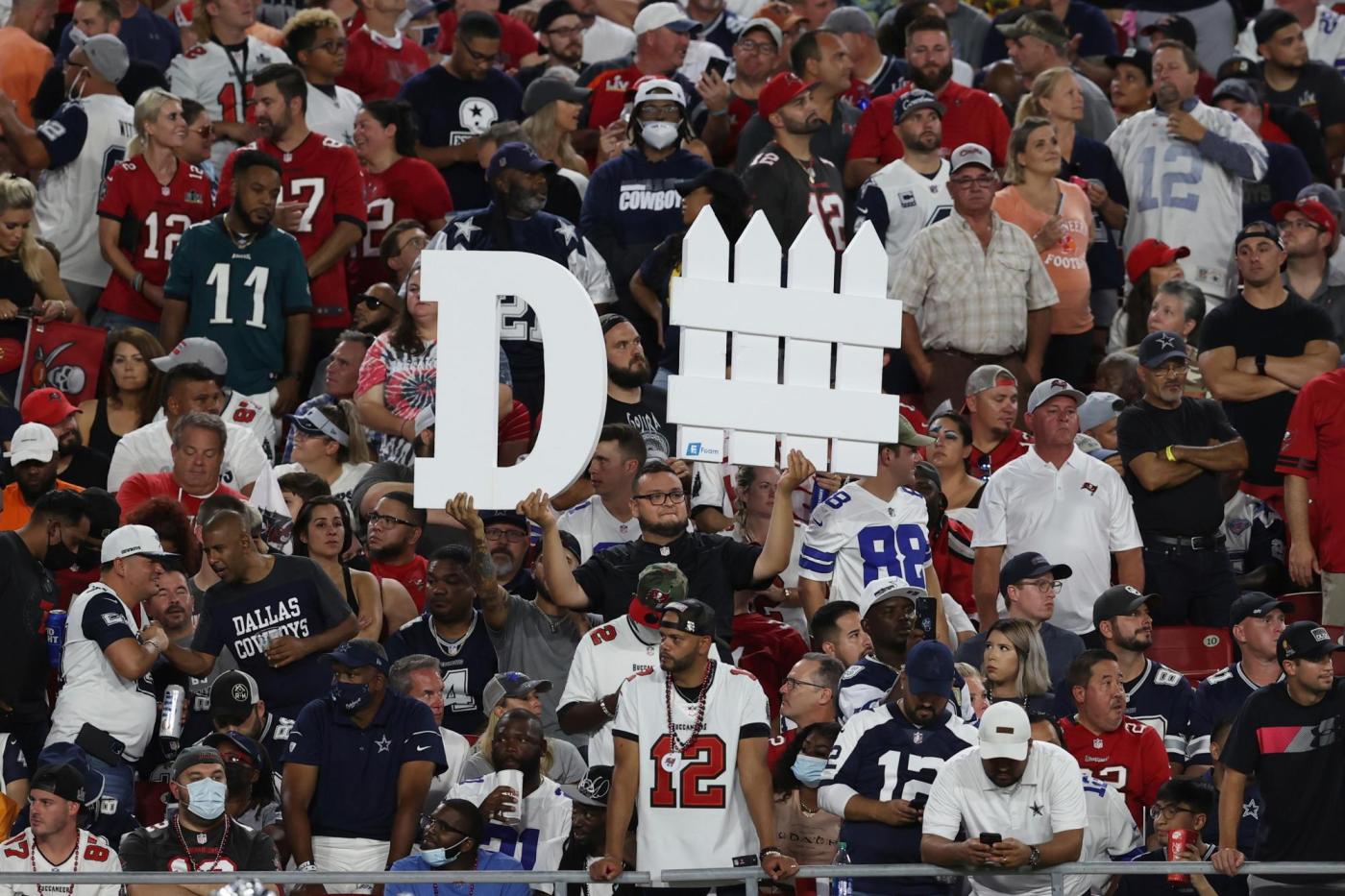 By The Associated Press

ISTANBUL — Thousands of people protested in Istanbul against COVID-19 restrictions on Saturday.

Unmasked crowds gathered in Maltepe, an open space on the city’s Asian side. A woman in the crowd held a placard that read: “we are born free and we want to live free.”

Turkey’s mask mandate outdoors and in public places remains in place after reopening in July after a lockdown. The country has seen a rise in cases and deaths since then, with daily infections increasing from around 5,000 to more than 20,000.

MORE ON THE PANDEMIC:

HERE’S WHAT ELSE IS HAPPENING:

The state also reported 885 confirmed cases, the largest one-day increase in a week.

That includes 60-year-old Ozzie, the oldest male gorilla in captivity. Zoo Atlanta says employees noticed the gorillas had been coughing, had runny noses and showed changes in appetite.

A veterinary lab at the University of Georgia returned positive tests for the respiratory illness. Zoo Atlanta says it’s waiting on confirmation from the National Veterinary Services Lab in Iowa. The zoo says it I s treating the gorillas at risk of complications with monoclonal antibodies.

Zoo officials say they believe an asymptomatic employee passed on the virus. The employee had been fully vaccinated and was wearing protective equipment.

The Chinese Foreign Minister Wang Yi made the pledge Saturday as he wrapped up a two-day visit to Hanoi. The visit comes amid a virus lockdown in Vietnam to contain a coronavirus surge.

About 23 million Vietnamese students started a new school year this week, most in virtual classrooms.

There were 3,355 cases and 36 deaths on Saturday, according to the Department of Health Services’ coronavirus dashboard.

WASHINGTON — President Joe Biden’s administration is gearing up for another major clash between federal and state rule over its sweeping new vaccine requirements that have Republican governors threatening lawsuits.

While many details about the rules remain unknown, some experts say Biden appears to be on firm legal ground to issue the directive in the name of protecting employee safety.

Republicans swiftly denounced the vaccine mandate that could impact million Americans as government overreach and vowed to sue.

There are now about 300% more daily infections, two-and-a-half times the hospitalizations and nearly twice the deaths as the same time last year – before vaccines were available.

CHALMETTE, La. — Some of the hardest-hit victims left in deadly Hurricane Ida’s wake are Louisiana residents already devastated by the pandemic. Many impoverished people, especially those of color, already lost livelihoods.

They were on the brink before Ida and don’t know how they’ll rebound. One such woman is Natasha Blunt. She lost her banquet-hall job and faced eviction. She’s suffered strokes. She moved from New Orleans to an apartment a few miles away and was getting settled when Ida hit.

Her home lost power; belongings were destroyed. Now she faces eviction again. She wants to leave Louisiana but doesn’t have the means. Advocates try to help Blunt and others like her but say it’s an uphill battle and systemic change is needed.

Many football stadiums aren’t requiring fans to wear masks or be vaccinated. The chances of a fan being exposed will depend on where the stadium is and whether the game is outdoors, among other factors. Experts say the single biggest way to manage the risk before attending a game is to get fully vaccinated.

“At any sort of large event like at a football stadium, without question there will be many infected people there,” said Ryan Demmer epidemiologist at the University of Minnesota School of Public Health.

The highly contagious delta variant has triggered a summer surge in infections. The seven-day rolling average for daily cases in the U.S. sits at about 150,000 after starting September above 167,000, according to Johns Hopkins University.

NAIROBI, Kenya — Plans for COVID-19 booster shots in some Western countries are highlighting vast disparities in access to vaccines around the world.

Wealthier nations are awash in vaccines, while they are scarce in poorer countries, and many people are still waiting for their first shot.

Just over 3% of people across Africa have been fully vaccinated. Health officials and citizens in Africa often have little idea if vaccines will be available from one day to the next.

In Nairobi, Kenya, several hundred people line up daily outside the city’s largest hospital to wait for a shot. Halfway around the world in Atlanta, a clinic had only one person show up over a six-hour period Wednesday to get vaccinated.

The disparity comes as the U.S. is moving closer to offering booster shots to large segments of the population even as it struggles to persuade Americans to get vaccinated. About 53% of the U.S. population is vaccinated.

Margaret Herro, the Georgia director of relief organization CORE, says the group has seen an uptick in vaccinations at its pop-up sites in recent weeks amid the delta case surge and the FDA’s full approval of the Pfizer vaccine.

MONTGOMERY, Ala. — Alabama’s chief health officer says a surge in COVID-19 hospitalizations appears to have stabilized but the state still faces a “real crisis” of an overwhelming number of patients needing intensive care, nearly all of whom aren’t vaccinated.

Dr. Scott Harris, head of the Alabama Department of Public Health reports that after threatening to reach an all-time high for coronavirus hospitalizations, state hospitals have seen a slight decline in recent days.

He says he’s thankful that there has been “a little bit of a plateau over the last week. … The numbers aren’t great. But the numbers at least have not continued to go up,” he said.

Still, Harris says, demand for intensive care beds is exceeding the state’s capacity. Patients who normally would be treated in ICU wards are instead in emergency rooms, normal beds or even gurneys left in hallways.

The 1st District Court of Appeal ruled Friday that a Tallahassee judge shouldn’t have lifted an automatic stay two days ago that halted enforcement of the mask mandate ban. The upshot is the state can resume its efforts to impose financial penalties on the 13 Florida school boards currently defying the mask ban.

The U.S. Department of Education has begun a grant program for school districts that lose money for implementing mandatory masks and other coronavirus safety measures.

DeSantis has argued the new Parents Bill of Rights law gives parents the authority to determine whether their children should wear a mask to school. School districts with mandatory mask rules allow an opt-out only for medical reasons, not parental discretion.

Charles Gallagher, attorney for parents challenging the DeSantis ban, says in a tweet, “students, parents and teachers are back in harm’s way.”

JACKSON, Miss. — Doctors who spread misinformation about the COVID-19 vaccine could have their license to practice medicine suspended or revoked, according to a new policy adopted by the Mississippi State Board of Medical Licensure.

The policy says doctors have an “ethical and professional responsibility” to practice medicine in the best interest of their patients and share factual and scientifically grounded information with them.

“Spreading inaccurate COVID-19 vaccine information contradicts that responsibility, threatens to further erode public trust in the medical profession and puts all patients at risk,” it reads.

Mississippi ranks among the lowest in the country with just 38% of its 3 million residents fully vaccinated. The department of health reported 1,892 confirmed cases and 35 deaths on Friday.

Mississippi has registered at least 460,000 cases and 8,905 confirmed deaths.

Biden visited Brookland Middle School on Friday, just a short drive from the White House. He was making the case for new federal rules that could impact 100 million Americans.

All employers with more than 100 workers must be vaccinated or tested weekly for the virus, affecting about 80 million Americans. About 17 million workers at health facilities that receive federal Medicare or Medicaid also must be fully vaccinated.

Some Republicans and some union officials say he’s overreaching his authority. Asked about potential legal challenges to the new vaccine requirements, Biden responded, “Have at it.”

Read More »
PrevPrevious‘If you’ve given it a crack for a partner, doesn’t that buy you a pass so you don’t have to do it ever again?’
NextMedia outlets recall country’s unity after Sept. 11 attacksNext

Huawei CFO Held In Canada Resolves Criminal Charges In A Deal With The U.S. : NPR

6 Fall Getaways For Art Lovers, According to Art World Insiders