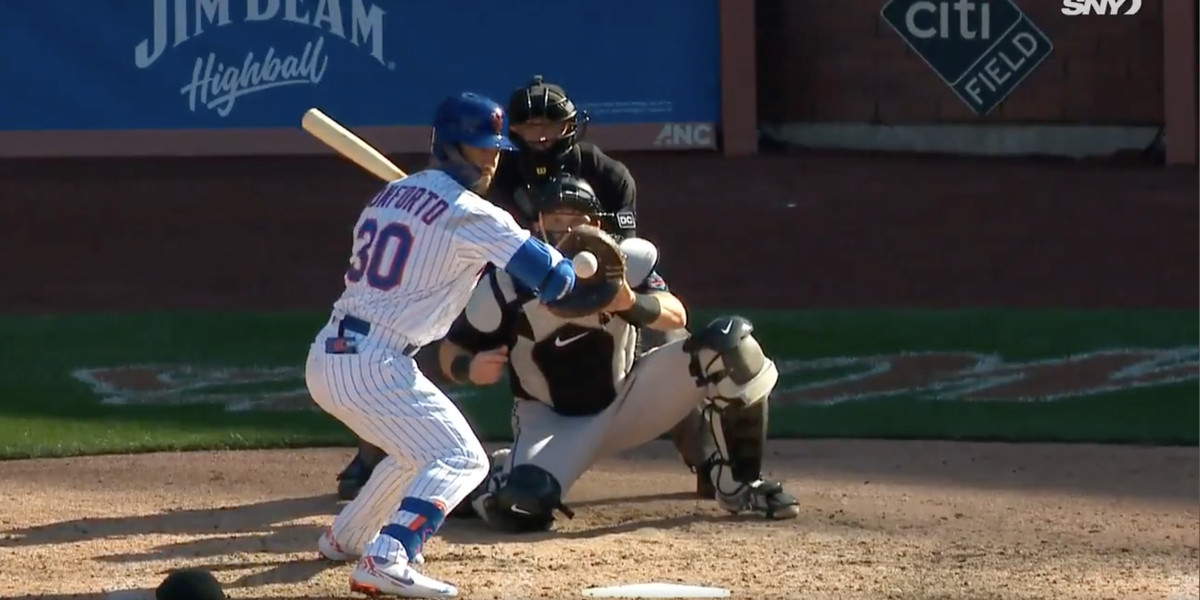 The New York Mets won their home opener against the Miami Marlins on Thursday afternoon after the umpires botched a hit-by-pitch call that sent in the walk-off run in the ninth inning.

On a 1-2 count, Marlins pitcher Anthony Bass hit Conforto on the elbow to give the Mets the game-winning run. Upon replay, it was obvious that Conforto stuck his elbow out to be intentionally hit by the pitch. That’s against the rules — it should have been ruled as strike three and the second out of the inning. Instead, Conforto took his base, the runner advanced, and the Mets won, 3-2.

Notice that even the Mets’ announcers were criticizing the call. The official ruling was that the play wasn’t reviewable because the umps can only look at whether the batter was hit, not whether he intentionally stuck his elbow out to initiate contact.

Props to the Mets’ crew for being objective in their work and not letting the call slide just because it favored their team.

the Mets broadcast is the best because they know the Mets caught an unfair break there and are saying as much.

Jeff McNeil hit a homer on his birthday

The Mets were only in position to tie the game because McNeil went yard to start the ninth. Not a bad way to spend a birthday.

The Mets are now 2-2 on the season after opening the year by losing two-of-three to the Phillies.

Check out our Mets community Amazin Avenue for a full recap and continued coverage of the team.

LA Animal Services shelters are open anew, but by appointment only – Daily News