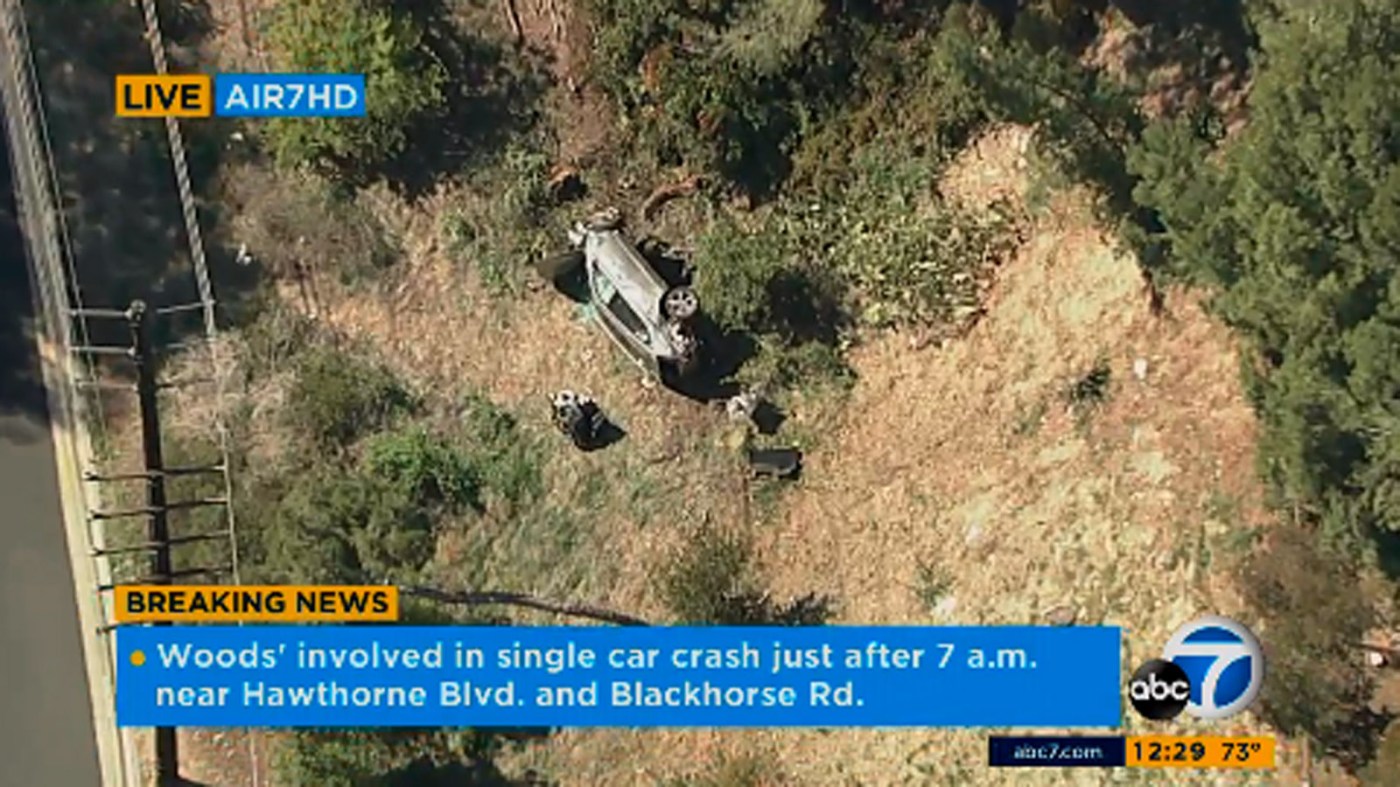 Tiger Woods was hospitalized Tuesday, Feb. 23, with multiple leg injuries after he was involved in a single-vehicle rollover crash on the border of Rolling Hills Estates and Rancho Palos Verdes, authorities and his agent said.

Los Angeles County sheriff’s deputies responded to the area of Hawthorne Boulevard and Blackhorse Road, near Peninsula High School, just before 7:15 a.m., according to a statement from the Los Angeles County Sheriff’s Department.

The pro golfer was traveling northbound on Hawthorne Boulevard, downhill, when the crash occurred. It wasn’t immediately known what caused the crash that left Woods’ vehicle with major damage, the department said.

Woods, who had to be helped out of the vehicle with the so-called “jaws of life” rescue tool, was the only person in the vehicle, the department said.

“Tiger Woods was in a single-car accident this morning in California where he suffered multiple leg injuries. He is currently in surgery and we thank you for your privacy and support,” his agent, Mark Steinberg, said in a statement.

Traffic investigators remained on scene to determine the cause of the crash.

Aerial images show the SUV on its side with a Genesis Invitational logo on the passenger door. Woods had just hosted the four-day golf tournament at Riviera Country Club in Pacific Palisades; on Sunday, he handed the trophy to the tournament’s winner, Max Homa.

The SUV was in a brushy swath off of the west side of Hawthorne Boulevard, between the roadway and homes.

This is a breaking story. Please check back for updates.

For Covid-19 Vaccines, Latin America Turns to China and Russia

LIMA, Peru—Across Latin America, governments are desperate for coronavirus vaccines as the only way out

Baseball fans could return to stands to see Fresno Grizzlies