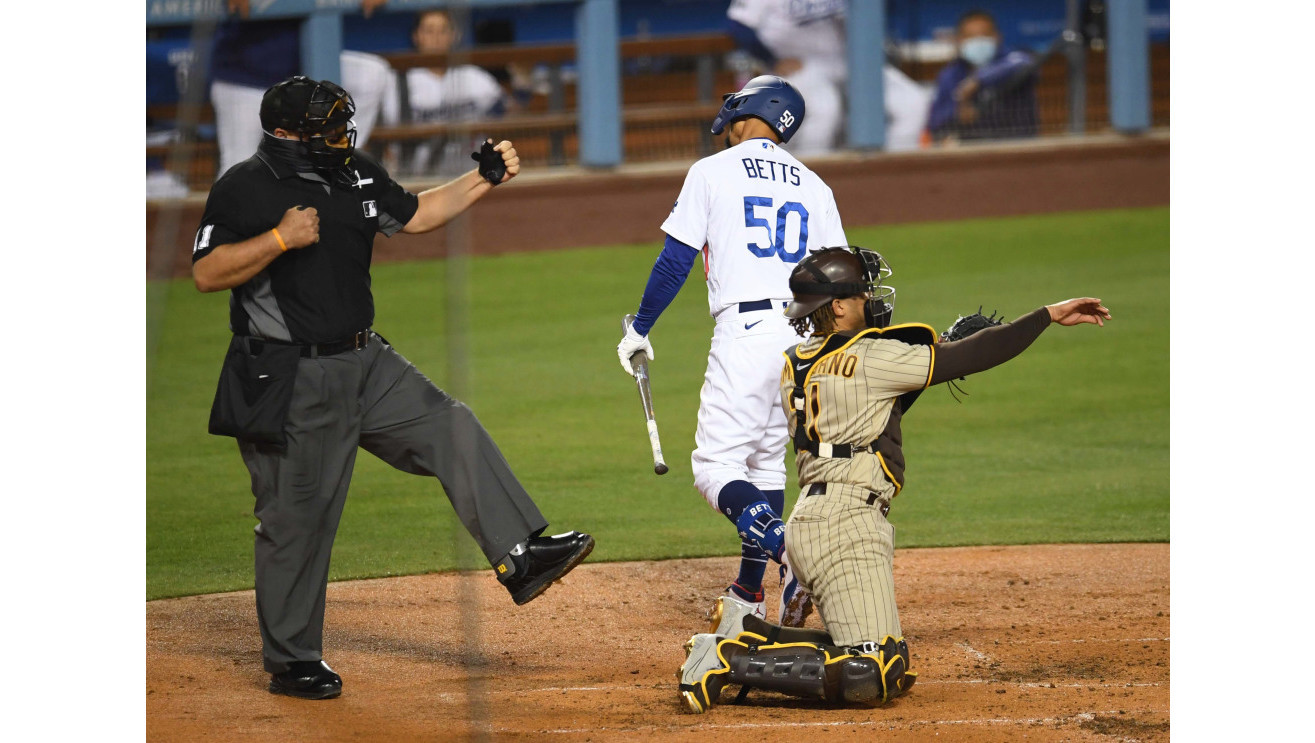 The more baseball I watch, the more I am convinced the electronic strike zone is coming sooner rather than later.

And it’s not necessarily because umpiring is uniformly lousy – although I’m sure I’d get an argument on that subject from just about anyone who watches the sport, since the visible evidence on a nightly basis seems so overwhelming.

But I don’t think umpires are unqualified as much as they are overmatched. I’m just not sure the human eye can keep up with the way pitching has evolved, with increased velocity and spin rates and more emphasis on movement than ever. The goal is no longer merely to throw strikes, or even work the corners, but to throw pitches that start out looking like strikes, entice hitters to start their swing and dip or veer out of the zone. The umps, tasked with making split-second decisions, get fooled as much as the hitters do, sometimes more.

The perfect pitch, the Holy Grail of the art of pitching in the 21st century, probably would look like what the Dodgers’ Dustin May threw a couple of times against the Padres last Sunday. Those pitches looked like strikes for 55 feet and then veered so sharply to the left it was as if someone controlled them with a joystick.

We have all become living room critics. The strike zone box on baseball telecasts seemingly makes it easy to judge, even if its two-dimensional perspective is flawed. The 3-D graphic occasionally used on telecasts to measure whether a pitch slices through any part of the zone helps a little (and often shows the ump indeed missed a pitch). We now have such watchdogs as the curator of the “Umpire Scorecards” account on Twitter, which uses MLB Gameday pitch charts to grade every plate umpire, every night.

And there are still plenty of times when plate umpires have their own interpretations of the strike zone, in much the same way Willie Nelson interprets a song: No two versions are exactly alike. (Then again, Willie’s been a lot more consistent at his job over the years than Angel Hernandez, for example, has been at his.)

The strike zone itself has evolved over the last 60 years.

In each case, it is based on the batter’s stance as he prepares to swing. And the high strike, like everything else, tends to be a matter of interpretation.

So it seems to be time for more accurate and official technology, be it TrackMan, the 3D-Doppler radar system used in the independent Atlantic League two years ago, or a form of tennis’ Hawk-Eye system, or any other program currently under development that can judge balls and strikes better than the human eye.

Even umpires seemed OK with it during that Atlantic League experiment, maybe because it relieved them of what has become a burden. There was still a home plate umpire, and he still signaled “ball” or “strike,” but the decision came from the radar and was passed along through an earpiece the ump wore. (The first of those earpieces, by the way, is now displayed in Cooperstown.)

With the minor leagues reopening for business this week, the technology will be tested in what is now clunkily known as the “Low-A Southeast” league, which you and I once knew as the Florida State League. If it works – and I don’t see any reason why it wouldn’t be an improvement over what we currently see – my guess is it will be in major-league parks possibly by 2022 and almost certainly by 2023.

Would the Players Association have an issue with it in this year’s collective bargaining? Maybe Tony Clark and his staff will consider it another bargaining chip, but I’d think their constituents – hitters and pitchers alike – would prefer consistency and accuracy to the guessing game they endure now.

Although maybe the catchers’ subset of the Players Association will have an issue. Those who are good at pitch framing – i.e., stealing strikes – will have to hone other skills, because you might be able to fool a human by trying to pull a pitch into the strike zone, but you can’t fool the radar. Without that metric, we can begin evaluating catchers on more important things – calling a game, throwing runners out, keeping the ball from going to the backstop, little things like that. That will be a win-win, save for those catchers who use their pitch-framing metrics in arbitration hearings.

If the goal is to get it right – which is why we have the instant replay system, even with the occasional flaws concerning what is and what isn’t reviewable – and if plate umpires get it wrong so often in trying to deal with an increasingly difficult task, isn’t it better for all concerned to take it off their plates?

(And once we solve that problem, then we can discuss the shift.)

'Everything Happened So Quick': Couple In India Both Lose Fathers To COVID-19

Nature Trails, Waterfalls and a Dive Into a Natural Pool: Get to Know: “La Presa” in Alajuela

‘Oxygen’ Review: The Thrill of Claustrophobia

Stuffing Grape Leaves: A Recipe to Soothe Any Stressed-Out Cook