By Matt Barlow for MailOnline

Tottenham and Dinamo Zagreb are confident they will be able to play the two legs of their Europa League last-16 tie in their own stadiums.

Spurs were forced to travel to Budapest for the away leg against Wolfsberger of Austria in the previous round of the competition.

Manchester United took on Real Sociedad in Turin rather than San Sebastian, while Arsenal travelled to Rome and Athens to play the two legs of their tie against Portuguese giants Benfica. 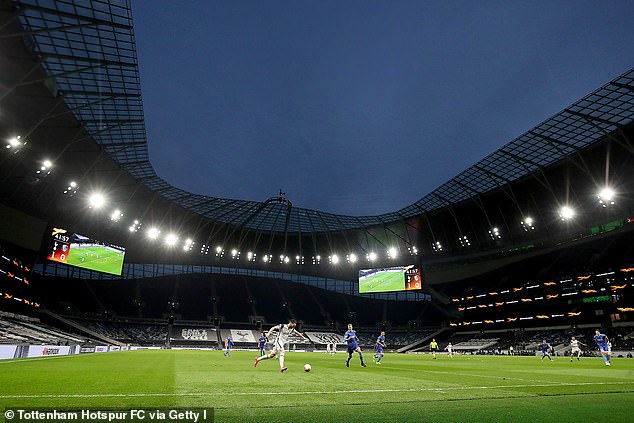 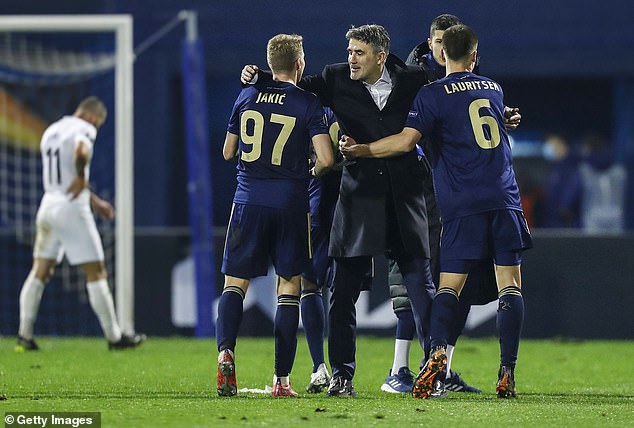 The Europa League is a more tangled adventure than ever because of the Covid-related travel restrictions but Spurs hope to be able to settle their contest against the Croatian champions with games in London and Zagreb.

‘Good stadium, and I believe we are going to play there,’ said Jose Mourinho. ‘It’s a football country, lots of talent. Not a difficult flight, not too far. I feel very positive things but the most important is that we get to the quarter finals.

‘When you get to this stage you don’t get easy clubs. If you want to win it, sooner or later you have to play against the best clubs or the ones who go through the different stages. 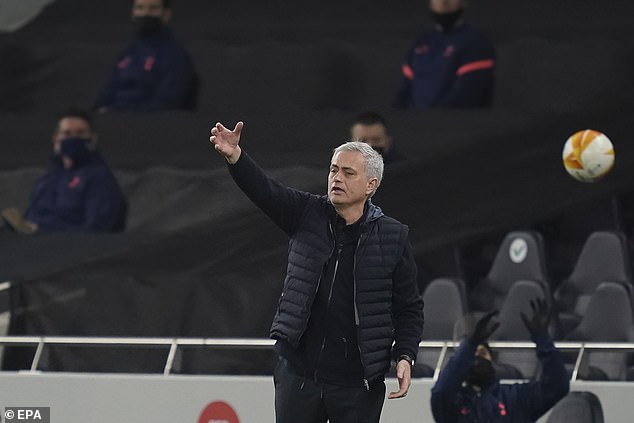 ‘So the objective now is to win against Dinamo and then if, later, Arsenal and Manchester United are in the competition we have always to face them.

‘But in this moment there are 16 teams and everybody wants the same so it’s very premature to think about it.

‘Dinamo beat Krasnodar twice, a Russian team and it’s never easy and they beat them twice.’

Arsenal are too reliant on Saka and Smith Rowe, admits Mikel Arteta | Arsenal