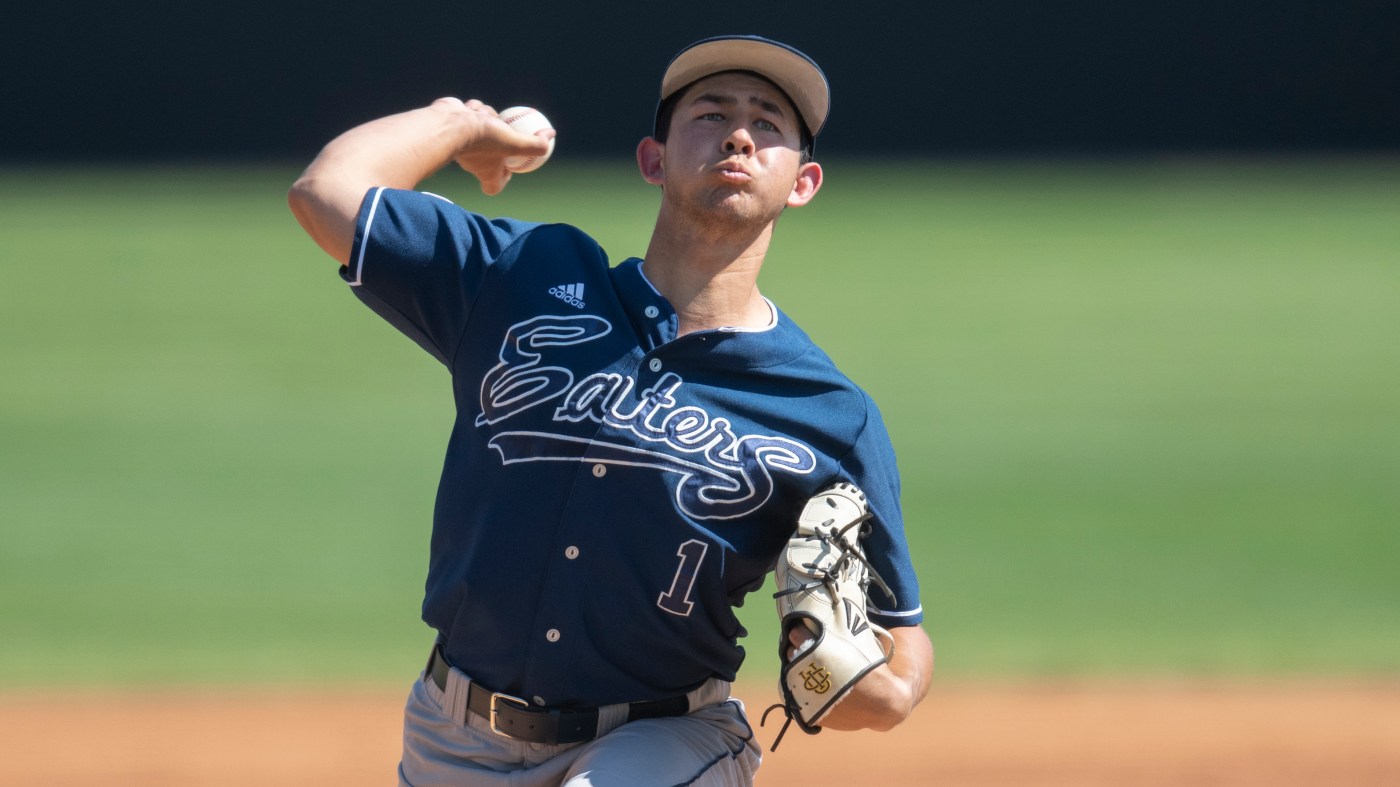 It’s getting down to the nitty gritty in the Big West Conference baseball race, and the upcoming four-game series between UC Irvine and host UC Santa Barbara beginning Friday figures to reflect that.

Anteaters coach Ben Orloff thinks a lot of the Gauchos.

“Yeah, I think this is another team that’s probably better than their record and a lot better than maybe the country realizes they are,” Orloff said.

“And so I think Santa Barbara’s really one of the top teams in America,” he said. “Their record shows it, their stats show it. They’re really good. They’ve got some old pitchers and it’ll be a challenge.”

Talking about statistics, some of those being put up by Santa Barbara are quite impressive. Freshman Zach Rodriguez is batting .372 with seven home runs and a conference-high 39 RBIs. He has an on-base percentage of .439 and is slugging .593.

“True freshman,” Orloff said of Rodriguez, who broke the school record at Vista Murrieta High with 27 RBIs as a sophomore. “So it’s impressive and whenever you see a freshman doing what he’s doing, you don’t like the fact that you’ve got to play against him for the next two, three years.”

UCI split a four-game series with rival Long Beach State this past weekend, losing the Sunday finale 9-0. But Orloff knows his players have short memories, so he has no concern about them being down heading into this series.

“I think good result, bad result, our kids have been good at moving on to what’s next,” he said. “And I think that there’s a lot of belief in the caliber of team that we are and what we can do and we haven’t had a series loss in two months (mid-March against Stanford), I don’t think.

“There’s a lot of belief in our group and I don’t think Sunday changed that.”

McGreevey on Friday struck out a career-high 15 in a 4-1 victory over Cal Poly, earning Pitcher of the Week honors.

Long Beach State freshman Devereaux Harrison leads the Big West with nine saves. He’s 1-1 with an ERA of 1.59 and has 30 strikeouts in 22 2/3 innings covering 12 relief appearances. He does not have enough innings for the Dirtbags (14-13, 12-12) to qualify for ERA leader. …

Cal State Fullerton (18-21, 11-9), currently tied with Cal State Bakersfield for third place, needed a good series against Hawaii (23-15, 15-13) this past weekend to remain in contention. But after winning the first game, the Titans dropped the final three to the visitors. …

W.N.B.A. Preview: The Mystics Get Their Stars Back in the East

More batters are getting hit by pitches, and the reasons are complicated – Daily Bulletin

Rams unveil 2021 season schedule, will open vs. Bears at SoFi